We confirmed the transition and some UI screens of the game.

We think the ending effect of old movie may fit to our game. So we apply it to be the transition of the game. There are 3 states we need transition:
1. Win
2. Lose - character collides to environment
3. Lose - time-out of controlling 1 character only
Here are the results.

For game lose, the game will restart automatically to reduce user action to click button to restart. We think this effect makes it more reasonable.

We want to deliver a experience to player that no right or wrong. We only want to let the player know how they play the level which can represent by percentage. However, it would be better to express it without numbers. So the below ideas were came up. 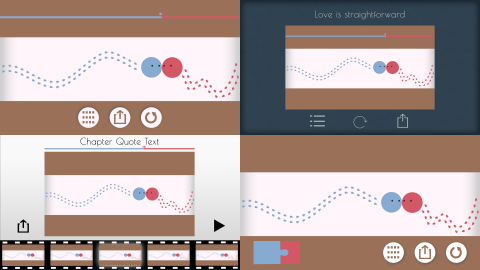 We think it will be good if player can preview the level and also the previous game result. Then a question popped in our mind: Why cant game end menu and level menu be the same? Finally we decided to use one screen for two menus. 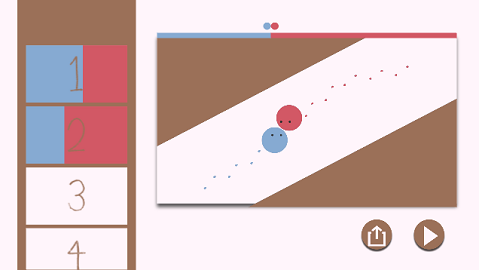