We are so thrilled that you guys have enjoyed and appreciated all the hard work we put into the recent Jungle DLC for 'ORION: Dino Horde'.

Today we bring word of the first details and the official release date for the second (and free, again) DLC pack for 'ORION: Dino Horde' - Desert DLC Pack: 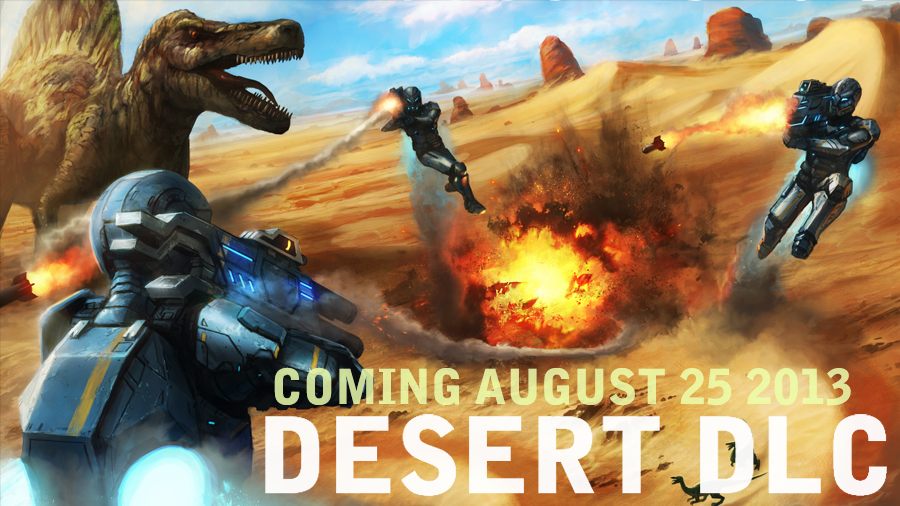 The second DLC pack for 'ORION: Dino Horde' will be released on an exceptionally special calendar date, if not the most special date on Spiral's calendar. August 25th, 2013.

August as a month is incredibly special to us as it's been the month we've made every major ORION-related announcement with the first occurring publicly on August 25th, 2000 to publicly announce what was known at the time as 'INCOMING' which as many of you know later became to be what we all know today as 'ORION'. You can read more about that history here.

We are going to be celebrating this year in a very, very, special way.