Posted by StevenColling on Mar 8th, 2015

The new update (0.0.7) is available through your launcher or as standalone download, with underground pipes and other new stuff to discover. If you haven't already played Orcish Inn, you can download the launcher here:

Feel free to check it out!

The winning entry of the Sunken Treasure Contest is implemented now, adding a Celestial Globe to the game, which is a very rare fishing loot. It contains random items, including a Astrolabe, a Celestial Seedbag and a Celestial Mirror. While the Astrolabe is something to sell, the mirror can be placed to increase the comfort in your inn. The Celestial Seedbag includes seeds for a new plant called Scholar's Fire, which can be raised and added as a special ingredient to the beer brewing. Thanks go to Jason Levine Jr. for inventing this stuff (his portfolio).

As part of the Valentine's Day event, players were able to write Valentine's Day greetings to me, which I added to the game. Pigeons bring back these cards from exploration tours. Besides that, there are also additions to the game relating the Patreon rewards, including a message in a bottle and a uniquely named orc with some user-written chatter.

The next update will focus on another of your requests: the hub screen rework and with it, a system to create production recipes, which will make the brewer's life a lot easier and your production more individual by letting you name your own brews.

If you have ideas, found bugs or overall hints for improving Orcish Inn, head to the Orcish Inn Steam forums, submit your problem through the issue tracker or write me a message on Twitter! 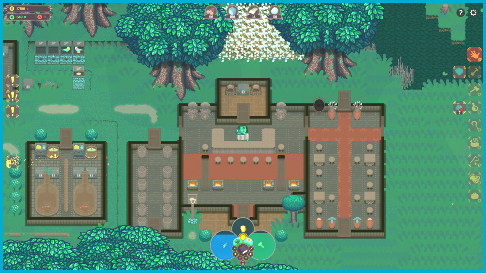 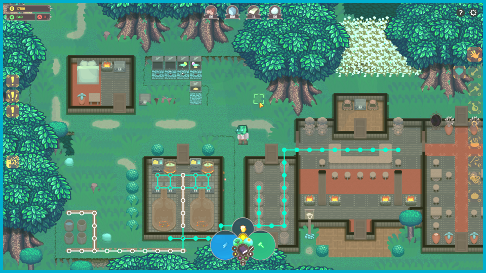 (...but with the added underground pipes, the beer can directly flow to the faucets!) 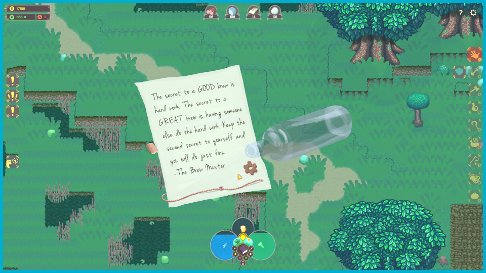 (There are some new items too, like this message in a bottle. They are gathered mainly through fishing.)

And speaking of issues with the cursor, I forgot to come and say this earlier: The mouse isn't confined to the game window, so when you scroll around with the mouse or alt-tab to something else for a moment and come back, the in-game mouse and the normal mouse will be incredibly out of sync causing it to be very difficult to click anything.

With 0.0.7? If so, can you send me your settings.xml in the game's folder at info@stevencolling.com? You could also try to set "UseHardwareCursor" in the settings to false.