The classic Orca returns, but will it be a welcome return?

Once again the dimensional rift has replaced a current unit with a historic version of the unit, and once again the main interest are, "what will the set-backs be? and can the classic technology be modernised?"

Well the first bit of good news is that the pulse scan has been integrated into the classic Orca. The pulse scan is invaluable in flushing out Nod Stealth tanks, and support missions against high tech Nod adversaries would have been extremely difficult without it.

As usual though, powerful factions have had their say on how they think the Orca should be improved, and in order to insure that all parties are appeased, tactical command have approved two major upgrade packages that implement a wide array of suggestions. 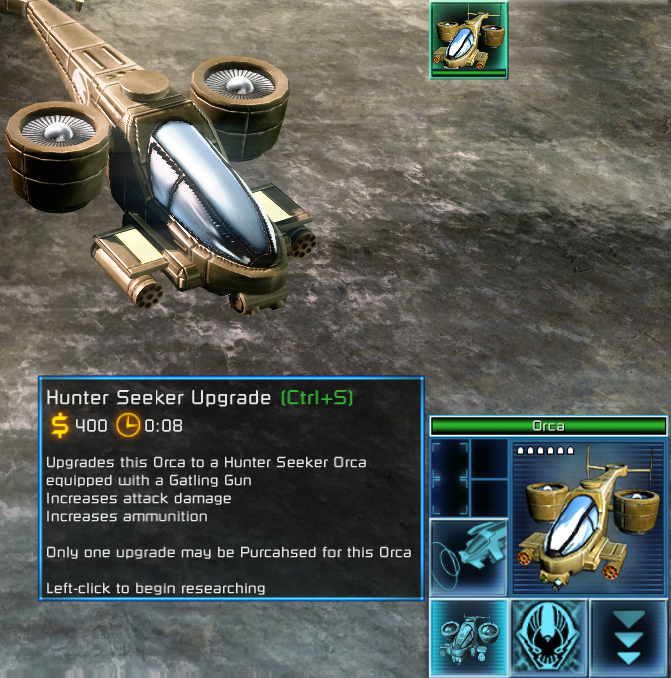 Steel talons wanted their Orcas to perform mop-up operations. Steel talons typically get air support from Orca bombers, after which they roll through and flatten everything!
The Orca is not required during combat, but rather after the main engagement, to hunt and seek out any survivors. As Steel talons can easily deal with most enemy vehicles and structures due to their impressive firepower, it is highly likely that infantry will make up a portion of the enemy leftovers. And so Steel talons upgrade kit includes a Gatling gun, with a reasonable amount of ammo. Steel talons expect that the 'hunter-seeker' operations will last a while, and so extra missile ammo is also a part of their upgrade package. 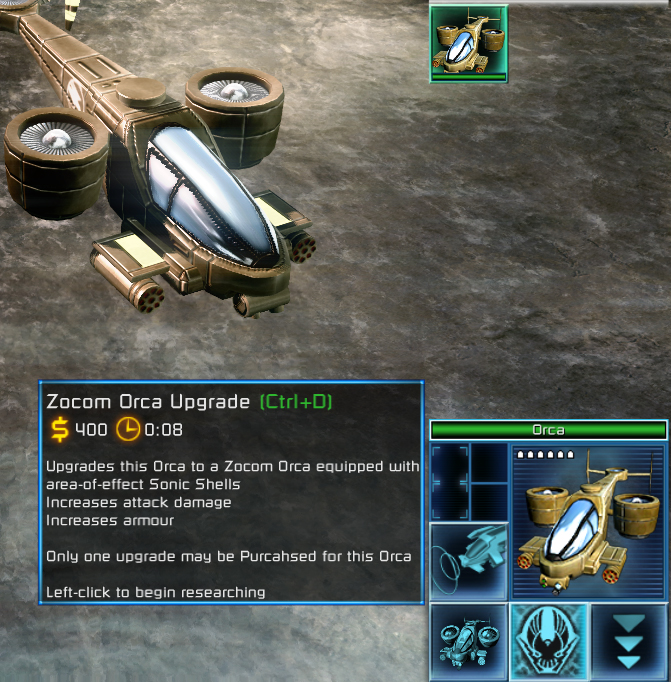 There was never going to be any mystery to ZOCOM's demands. The only question was whether their demands could be met, and more importantly, how cool a ZOCOM refitted classic Orca would look!
Zone Command have managed to refit the classic Orca with the ceramic armour that they made famous, and also even more iconic, the sonic grenade launchers. 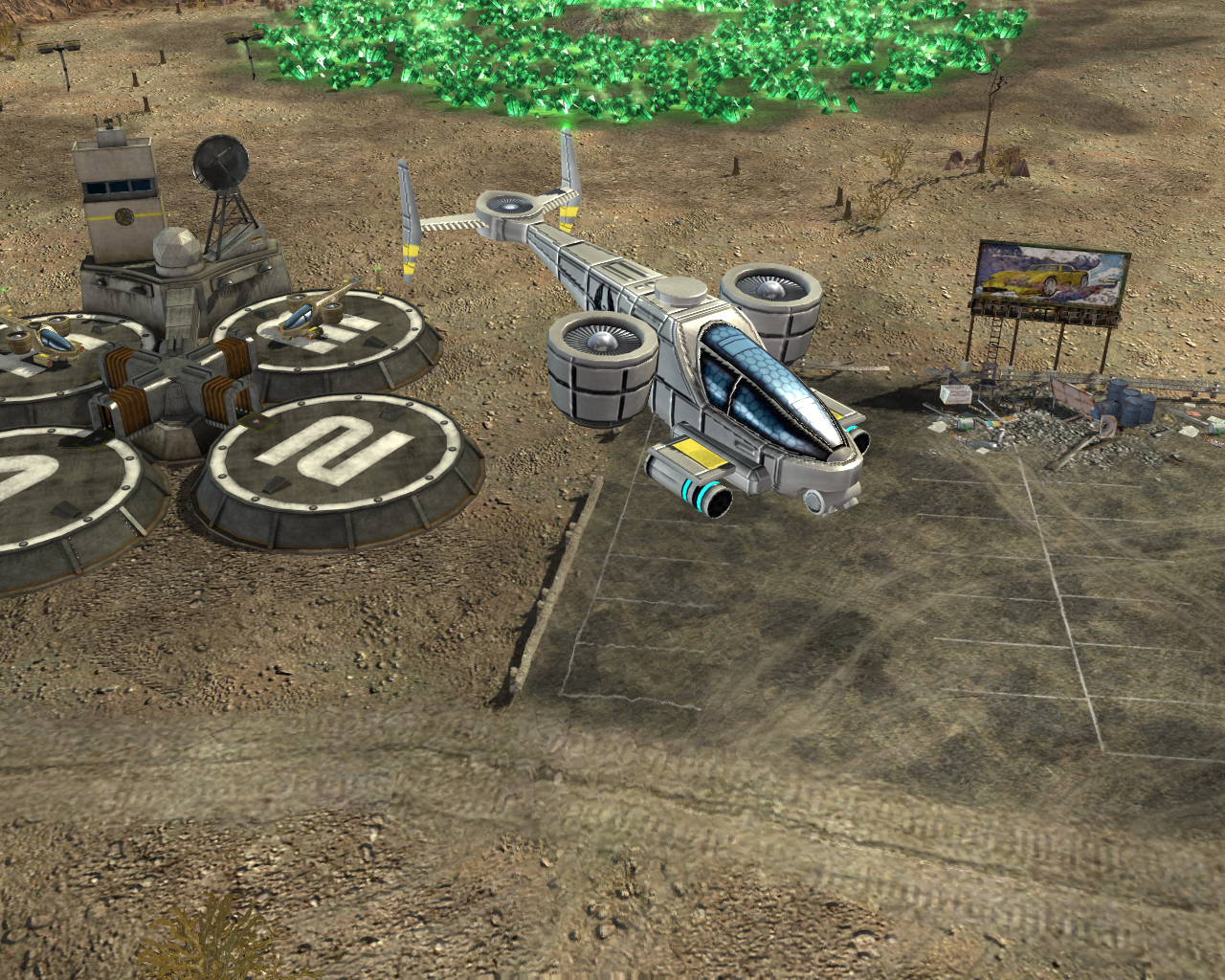 You do not want someone who knows how to control this beast, attacking you!

As always, ZOCOM are all about going into enemy 'hot-spots', dealing quick high damage, and quickly retreating. They more often then not complete their mission.

For those who have played Tiberian History: Release 7, the Orcas will no longer benefit from the Hard point upgrade. Instead when you purchase one of these upgrades, you will get the extra ammo.
This bypasses the infuriating 'double upgrade' ammo exploit.
Both upgrades are unlocked by building the Technology center (ie Tier 3), to give your opponent time to prepare. 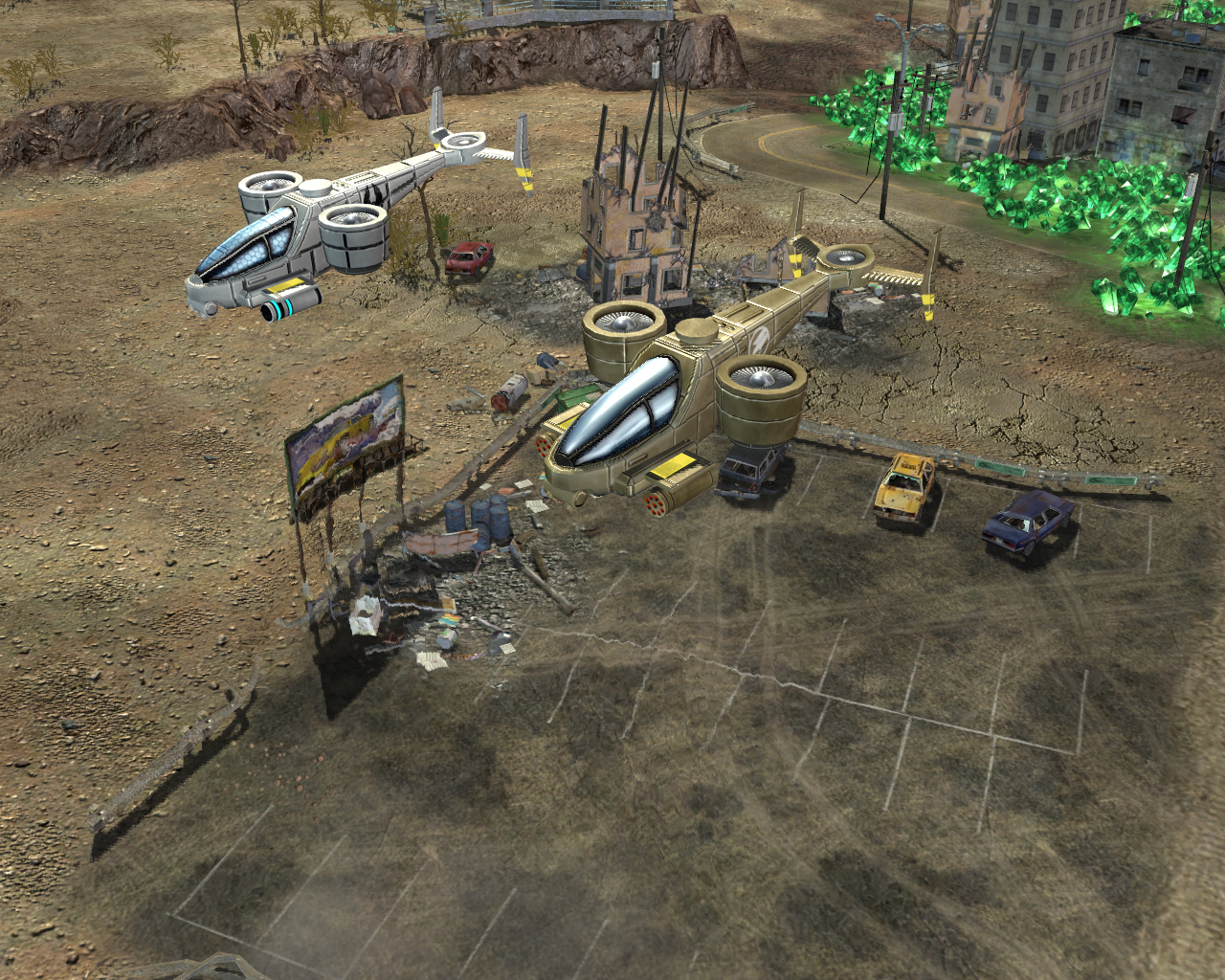 As you upgrade individual Orcas, you can mix and match your upgrades!

The Orca gun ammo is also limited, and has to be reloaded at the Orca pad.

Thanks to Black_Drakon for the Orca model and texture!

This mod's gonna be awesome.

Your updates keep surprising us again and again! Keep on the good work! ;)

Some nice work from Black_Drakon!