It’s been more than 2 years since around November 2014, we’re working for this game. And finally today, we released it.

It’s been more than 2 years since around November 2014, we’re working for this game. And finally today, we released it. Our idea is inspired by Super Mario Galaxy, Left 4 Dead at the first, but since we have a lack of game designing, we add Hotline Miami and Binding of Isaac as our inspiration of making Orbiz until now. It means that, Orbiz has a 80s retro style for the music and art and also rogue-like which came from Binding of Isaac as its gameplay. Now we just released it, and our planning is keep updating the feature. Our first milestone is :

Players will get a new character after they finish passed a spesific world or beat zombies with some options. Here's the rough sketch of one of the characters, she's an archeolog. 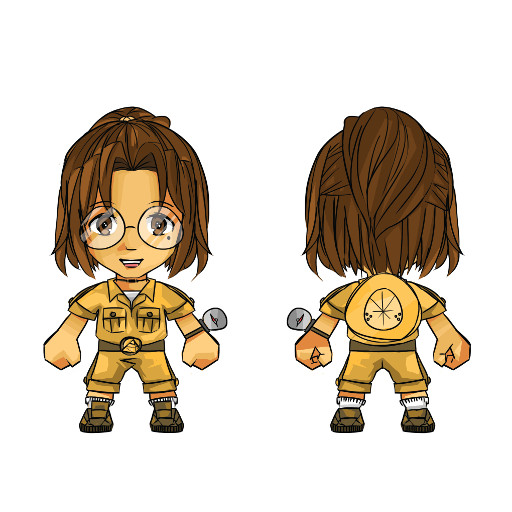 Now when you play Orbiz, it hasn't any difficulty options yet, we will add some and it will be Normal, Hard, Hell, Godlike, and Custom. 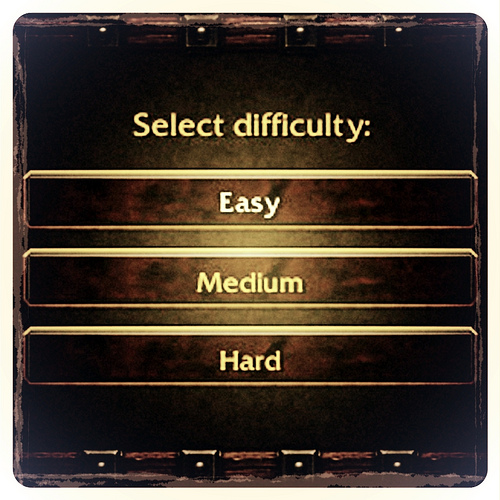 We're focusing for the replay value, so after we played Nuclear Throne, another roguelike game, we inspired too, we will add some hidden worlds and hidden clue too. 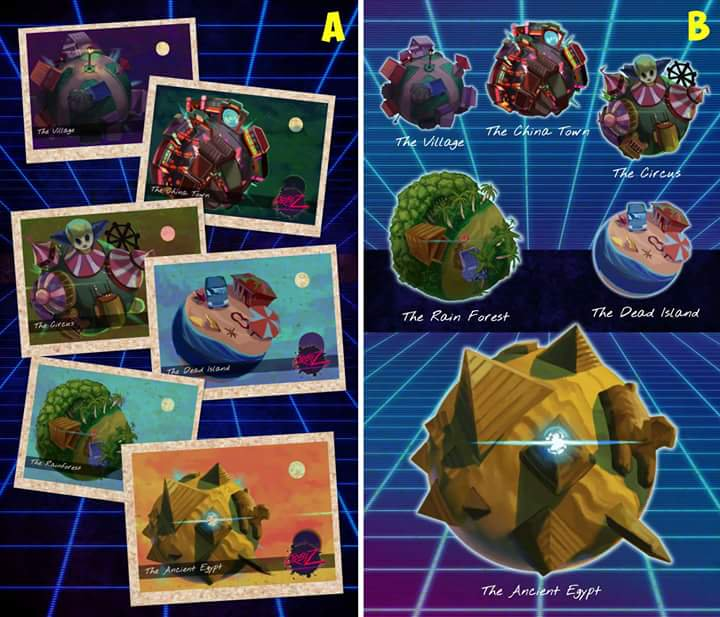 Now we already have 46 achievements including when players beats a boss, players passes a world, players kills some zombies, or etc. We will add more achievements maybe until it becomes about 100. 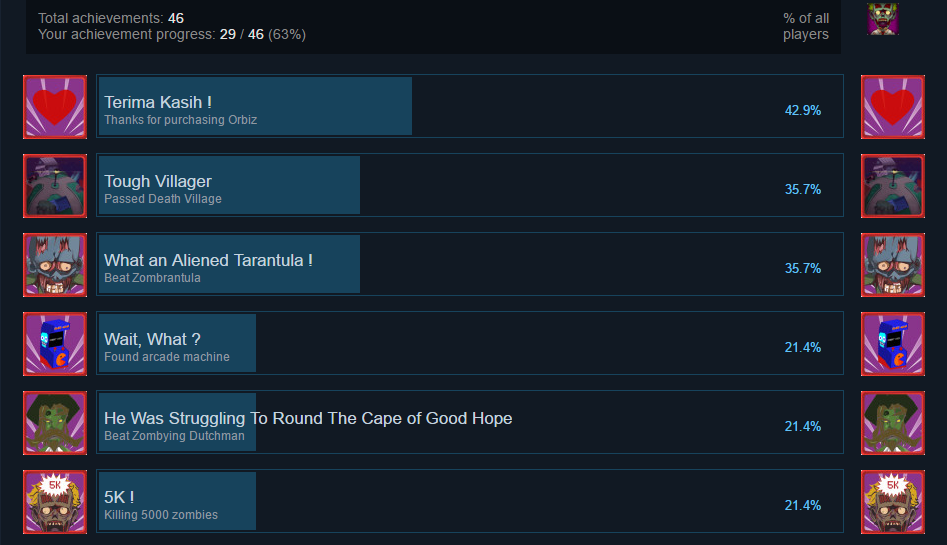 Maybe this is our goal for why we do early access, we thougt that has only local coop multiplayer is not enough, so for adding more players or our community, we will add it also.

So you may go check our Steam’s store page after we finish this paragraph, and we will also keep updating the demo version. Have a nice day. store.steampowered.com/app/572480

After playing the demo I have to say i am not convinced.
I am a shooter guy and the game didnt catch me in the first 5 minutes at all.
Maybe there are new mechanics coming along the way aside of new maps and enemies but you need motivating core systems. Where are the varied weapons ? Items, powerups, skills, special interactions, events, quests, combos, side objectives etc that usually bring replay value and motivation in similarly genred games ? Where is the mastery and skill progression ? What can I learn to become better ? Where are the mechanics that have depth and are worth learning ? Outgame and ingame character progression ? The sense of wonder from discovering and obtaining new things ? Just shooting and melee attacking zombies is way too bare bone and you need to step up big time on that. It dosnt need half of these things I listed, but something that adds refreshing new dynamics and alters playstyles each time you play. I do not write this to flame but to help. Now that you have the content, think about what you can do to your systems to make it worthy of replaying and I would suggest adding a subtitle to the game name when you and players are satisfied with the result.

Thank you so much for your feedback, we will considering to add your suggestion to our game.