There has been a lot of work going on in the shadows so let's get you updated on some of the major things.

Hellloooooo everyone! Back for another blog for JBS 3D ^_^

So what do we have today? Well there has been a lot of work going on in the shadows so let's get you updated on some of the major things.

First off we have a few new tracks for the JBS 3D OST up which you can check out below, they are made by our wonderful artist David Nyman who continuous to provide us with high quality music in a reasonable time frame. If you haven't done so I would suggest checking out his personal page on soundcloud which is here: Soundcloud.com

One of the main things I wanted to get done was the decoration of the tree house, to give it that *wild* feeling I so desired, I spent many hours picking which meshes to use and placing them accordingly. Adjusting their colors, shaders, etc. and making sure that none presented any potential glitches or dis-satisfaction with graphical appeal. I feel it is about 90% complete at this point, the last things to do are to work on the stairs and a few other small spots. 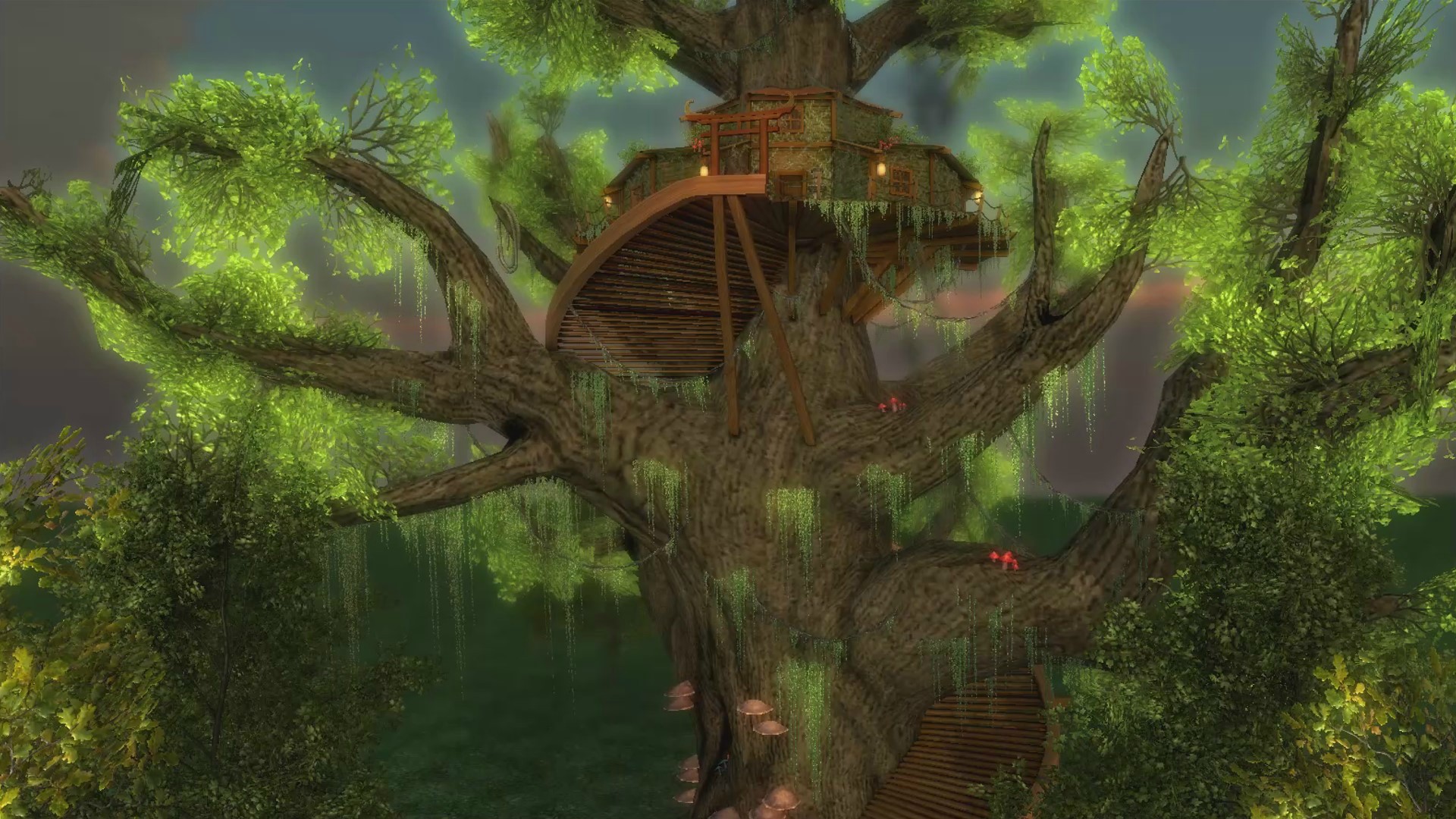 I began working on the Orb Collection system a little while before I posted the last blog post and now it is complete! The point of the Orb Collection systems is to make Shyla have to collect a certain amount of orbs in the level, area, etc. to progress. You will need these orbs for opening chests, doors, unlocking new areas and other things which will be revealed at a later time. I really wanted to take some of the features back to more simplistic gameplay while still keeping the more expansive features, I feel the orb system is one of those simple features that can go a long way in giving this open world game more then the average RPG releases nowadays.

What I mean by this is an easy system to understand yet one that can present problems if not followed through with until the end, if you don't collect a certain amount of orbs for each area, you will not be able to proceed in the game. Once each area is unlocked upon collection of the required orbs it will then always be open to you, to better demonstrate how the orb system works I posted a video which you can view below.

One of the biggest concerns would of course be "how do you keep track of the amount of orbs collected vs are in the area?", to ease that concern I implemented a spot on the HUD just for the orbs. Upon entering a level/area the amount of orbs there will be automatically detected and shown on your HUD as a percentage, the amount of orbs gathered vs the amount in the area will update on the HUD. Each orb will add a small percentage until you have collected all the orbs in the area at which time the percentage will show 100%, I plan to add in further details for the pause menu and have the orbs also show on the mini-map to better clarify their exact location in case the player is having a difficult time finding them. 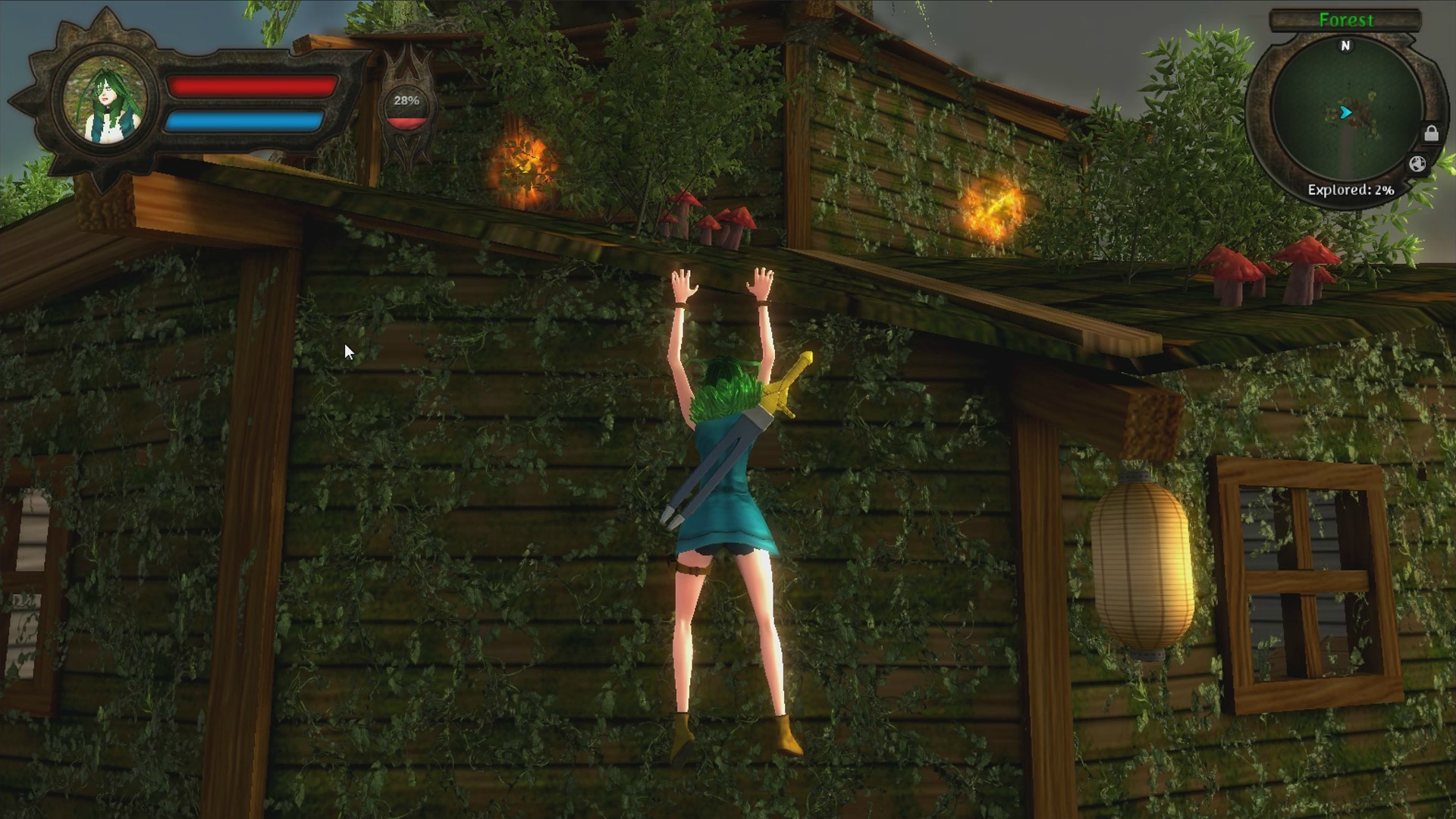 Moving on I went and setup the hair and clothes physics which needed to be done badly, sure it's cool to see Shyla run around in the nice environment but she didn't seem as alive as the world around her. So I added the physics in and although they still need some minor tweaking to get them perfect, right now she is looking much more alive then before. The hair physics weren't too hard to implement but the clothes physics gave me some trouble due to the fact they wanted to go through each and every part of Shyla XDSetting up proper colliders was a task as I had to make sure that the cloth did not collide with any part of her leg yet still reacted to her movement.

At this point the jacket still does not properly collide with Shyla's hands but I will perfect that at a later time. Some other things I worked on was setting up animals such as snails, dragonflies, squirrels, butterflies, etc. which took very little time to do yet brought wonderful results. At some point in the game you will be able to gain the ability to fly, which you can see a demonstration of the flying system also in the video below. The last small things I added in are a transition effect and a loading scene, I would like the player to have to see the loading scene as few times as possible during gameplay.


Concept scenes are something that are rather new to me as I generally just build the scene as I see it and give it life at that point but in this case I wanted to try something new, so what I did was I created a concept scene of the battle between Kroelak and Shyla. In this battle Shyla is lifted high in the sky on large destroyed buildings and has to fight Kroelak as well as a swarm of various kinds of enemies. There is one thing missing from this scene and that is Shyla's faithful companion Taroe, his 3D model is not made as of yet so I wasn't able to get him in there but since it's just a concept I didn't think not having him would hurt the scene greatly.

Instead of making the scene interactive I decided to make everything static, setup lights in certain locations and placed a rotation script on the camera, this way the camera rotated around Shyla and Kroelak as some emotional music plays to get you into the scene.

Now I don't feel many people actually understood this was merely a concept scene and wasn't meant to impress anyone, I built it merely to give me a better idea of how that scene could possible look or be built. It was a lot of fun to set up and I feel it came out quiet nice, there is of course many things I could have changed/adjusted but at this point I feel the concept stage is fine as it is, changes will come later when the actual level is being built. 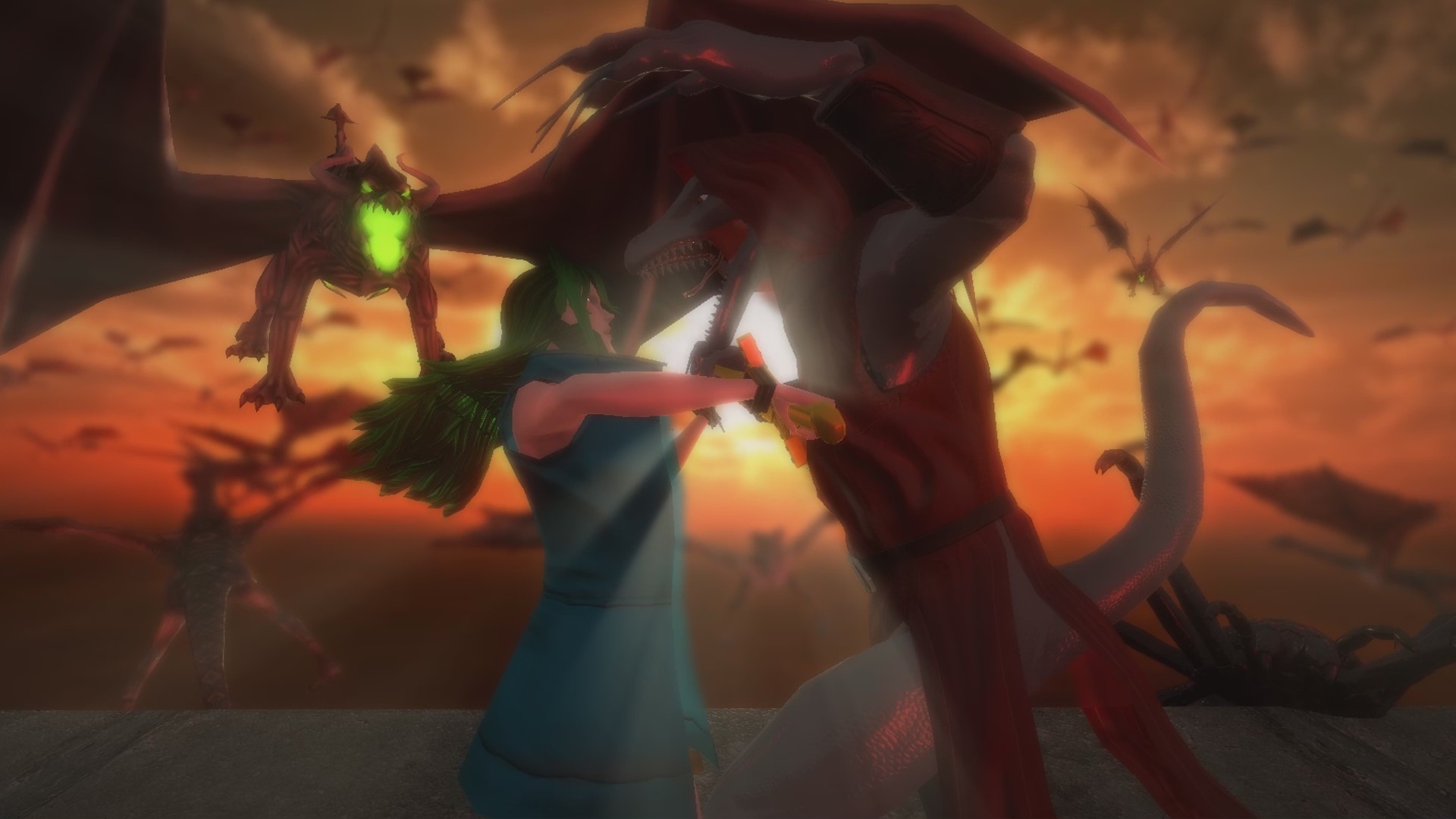 
The facebook page reached 100 likes the other day, currently it is at 130 but when the "Like" count reached 100 I released some images that were never show to the public from JBS 2D as a thanks to the followers. (You can check them out on the facebook page)

Not too long after sharing the video with the new changes to the tree house I thought it would be cool to do a before an after comparison of the tree house setup, I do these kinds of things for a few reasons, one being to show myself how much changing to look of a model/scene can really effect the feel of the game in it's entirety and two because a lot of people seem to enjoy seeing the progress. 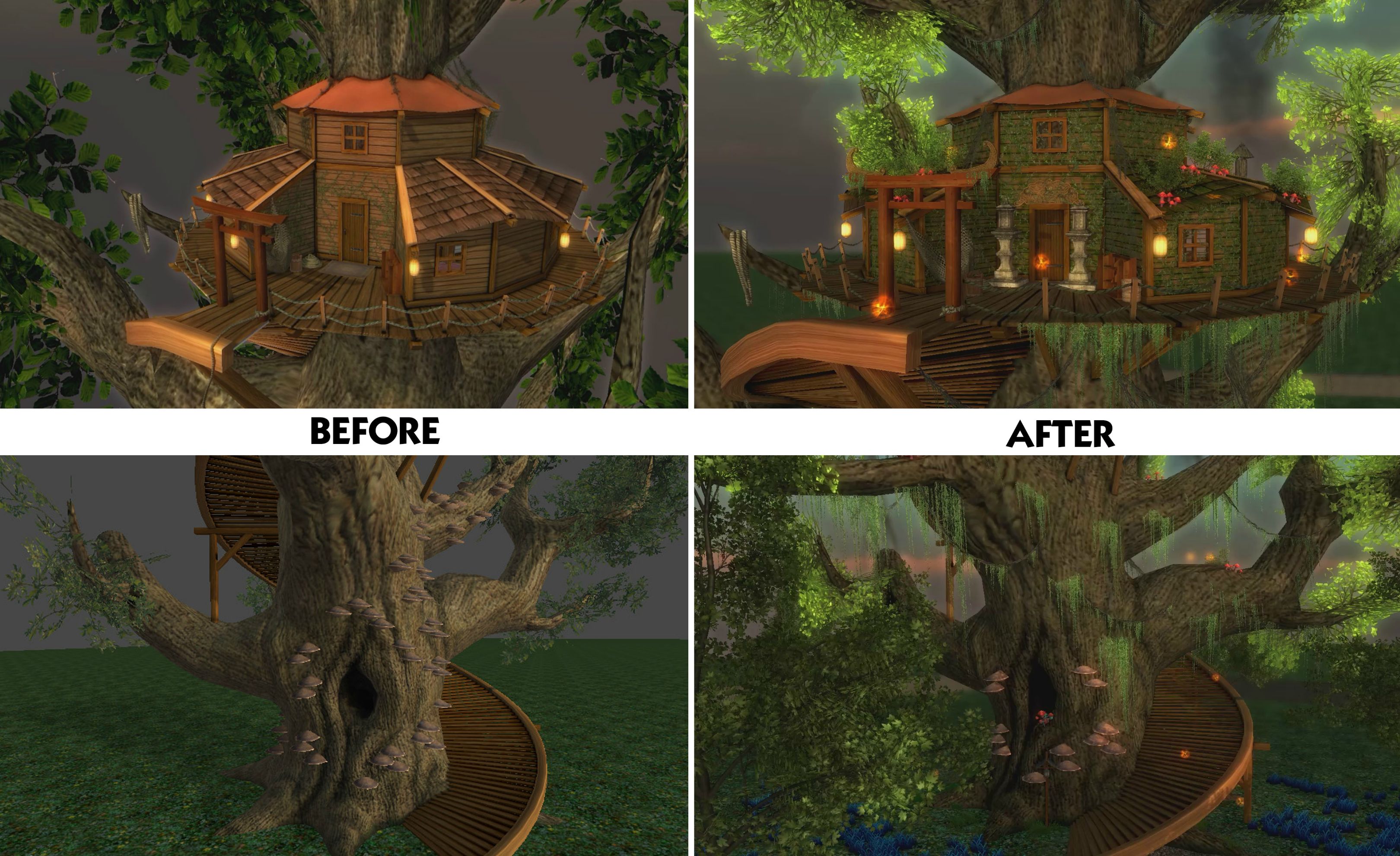 Beyond all of those updates I have made some major changes to the environment surrounding Shyla's tree house such as:

The other changes I made are all technical changes to the textures, area, etc. which I feel don't need to be gone over. 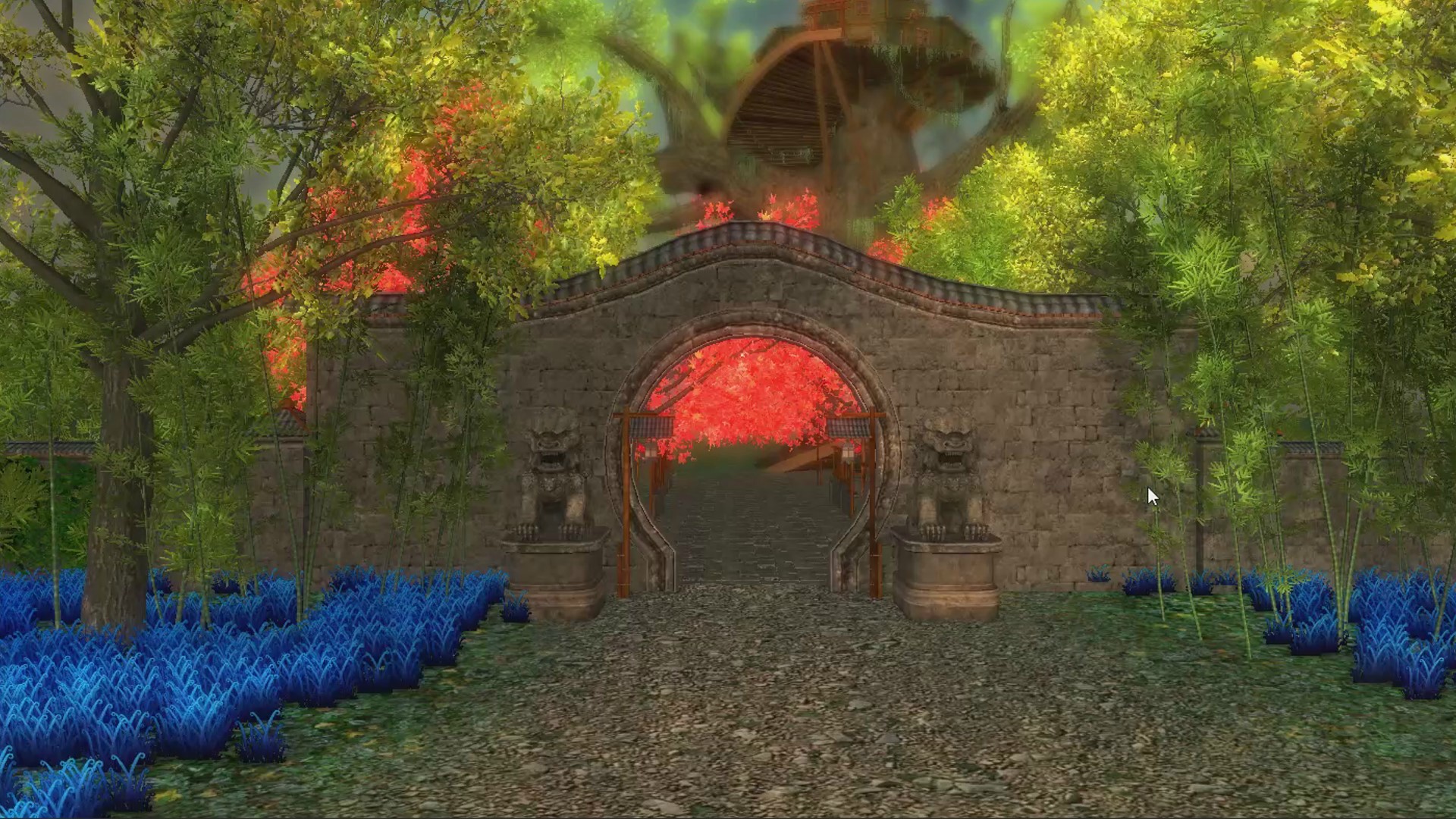 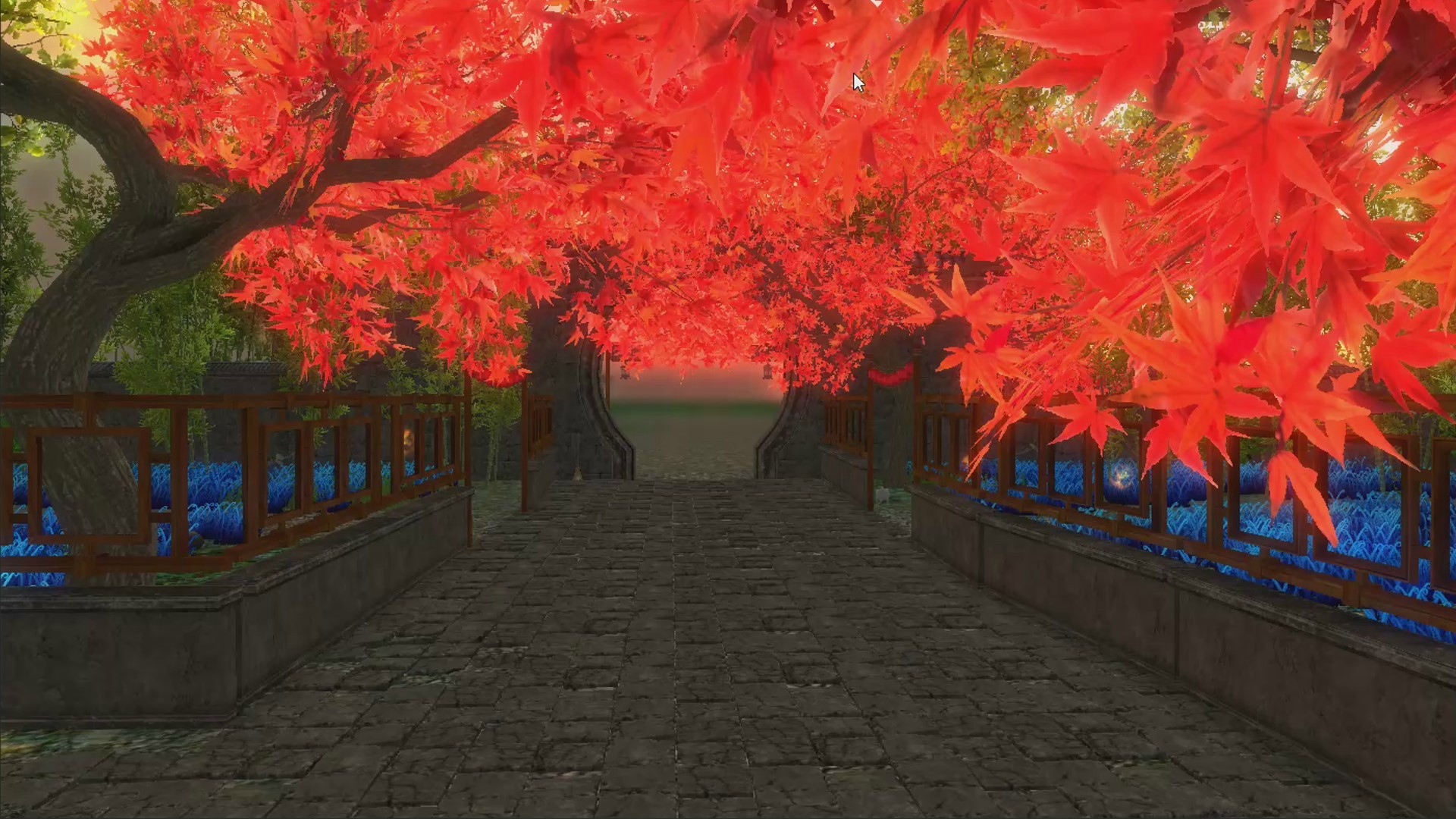 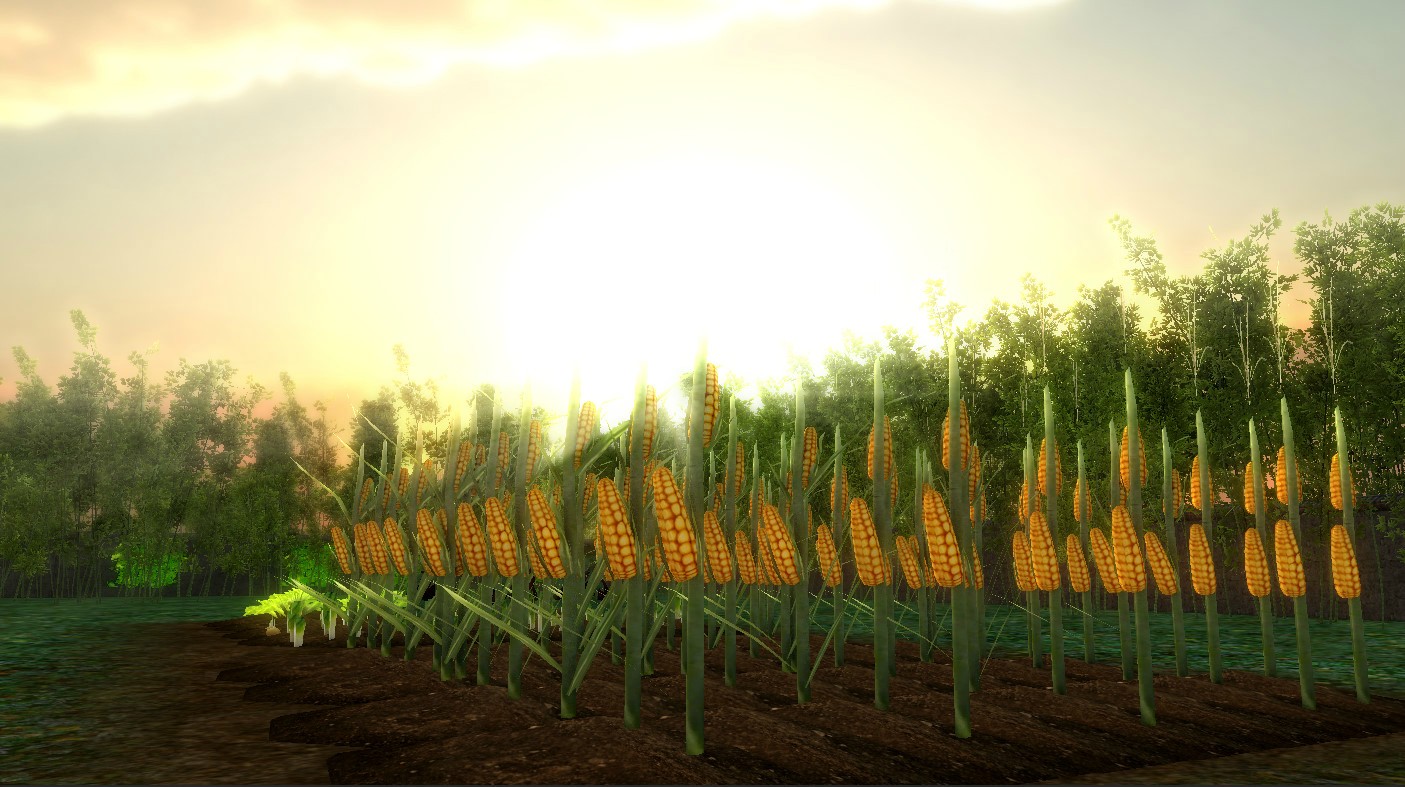 Lastly I did a small test the other day with some camera effects for void scenes, such as Shyla floating through void space.


That's all for today! There was a lot of updates and changes, let me know what you think of the progress so far and what you would like to see in the future posts!