A loooong overdue update in which I cover some of the bigger areas that I have been focusing my attention on - we also get to see some awesome new puzzle elements in action such as symbol panels, puzzle panels and lasers!

Phew! I find it absolutely incredible at how quickly time can pass one by.

My last update shared with the community was at the end of October! Much has been done to my game over the last three months - especially in the areas of performance, input, feel and polish. A lot of the work has been back end and non-visual making articles and updates a little dry. But that's OK, there is good news: Over the past three weeks I have made considerable progress and I have finally manage to untangle core issues in my rendering pipeline which have been holding me slightly back. 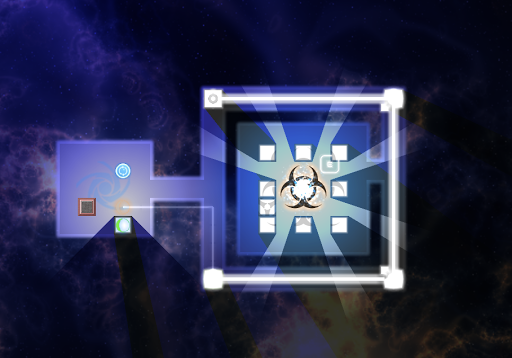 Along with the many performance enhancements - I have also put a lot of focus and energy into the control of Orb - making him move nice and smoothly, fast, and with much more responsiveness and accuracy than before - I find the current configuration an absolute pleasure and it leaves me wanting to shave seconds off the best time of each level - you can get some idea of the movement by watching a quick 30 second play through video of 'The Pulse' at the end of this article - it does present the solution to the puzzle so if you are wanting to play the upcoming alpha - perhaps don't watch the whole video. ;-)

What's more is I have also managed to complete a few new puzzle elements - they make awesome additions to the growing puzzle element collection and we'll cover them shortly, but before we do, there was one more rather big change to the core of ORB - the game speed: Which was previously capped at 30 - is now capped at 60. She's running nice and fast :)

Right, so what have we not seen yet? I believe I have yet to cover the subtractive lasers, the colour swap wheel, the symbol panels and the puzzle panels.. 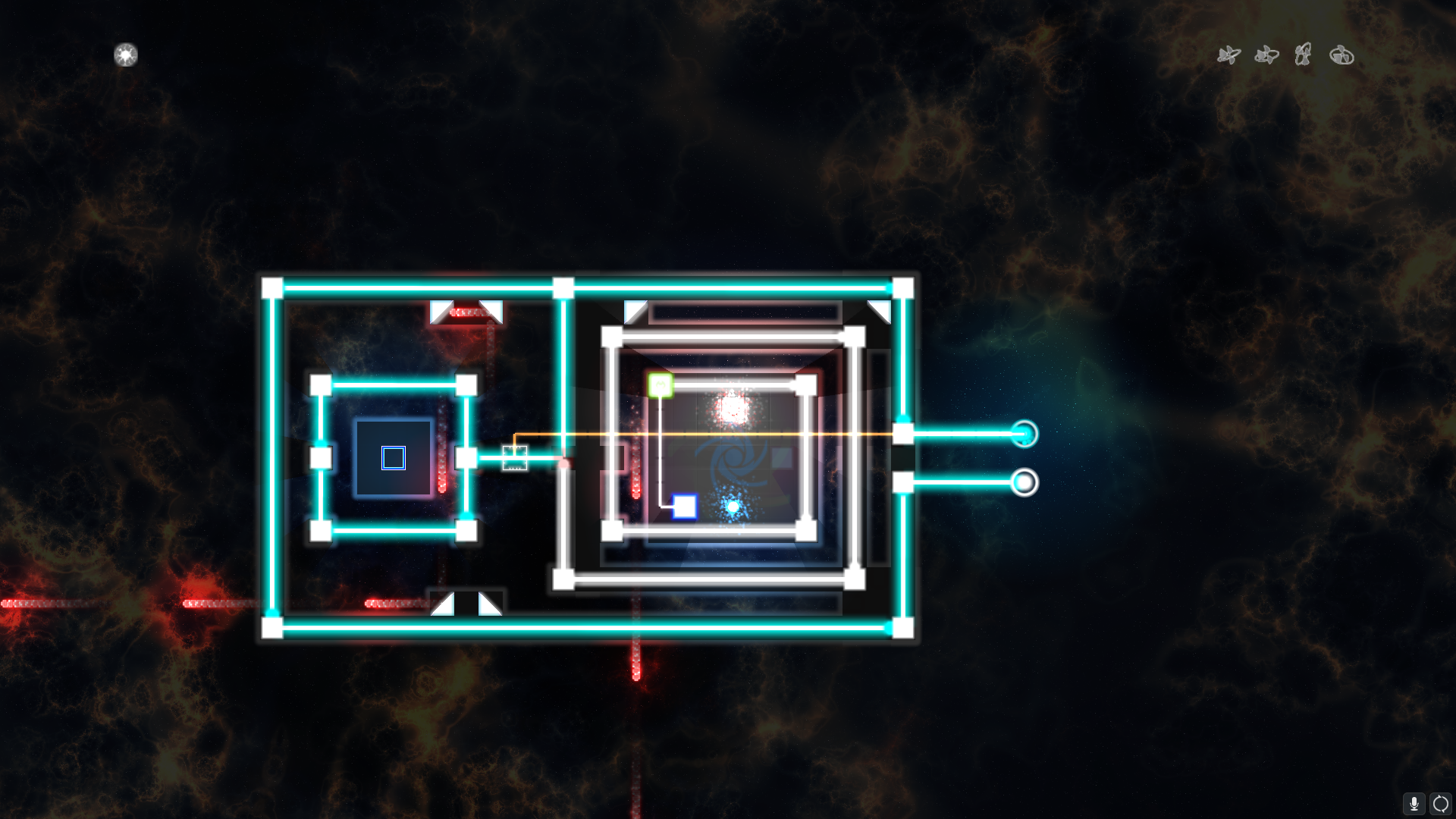 Many people have told me - hey - everything's better with lasers! So I took their hints and built lasers in ORB! But wait - there’s a twist - of course there is! Lasers in ORB are, what best I can describe as ‘subtractive’: So for example, let’s take the primary colours - Red, Green and Blue - add them all together and we have white. Now if we remove the green light, or in the case of the Puzzleverse - block the green light with a green “light block” - you’ll be left with red and blue - which makes purple.

Now remember - For Orb to successfully stop the green light with a green block he needs to shift to the green realm. When Orb shifts out of the white realm into any other colour, only puzzle elements of the same colour are visible - the lasers are no exception to this rule: staring at a white light while in the green realm will show only the green colour component of that light.

Lasers can be used to power “Light Traps” - which in turn provide power to its attached devices such as Light Bridges and Electric Fields - lastly, light traps are only activated if a laser of the same colour makes contact with it.

Orb has the ability to move into different coloured realms. Originally this choice was implicit in that if he moved over a red orb, he would immediately swap to the red realm. This was then extended to make the colour shift behave more like a colour swap - meaning that if he moved over a colour swap orb, he would pick it up, and immediately drop an orb into the world of the same colour he was previously - this allowed the player to move in and out of each realm without destroying the chance to move back into the previous realm. This worked to some extent however the swap still felt a little too rigid and “directed”: to clarify somewhat - if you spotted a blue orb in the level, then you knew immediately that there was a corresponding blue realm in that level, if you saw a purple orb in the level, then yes, there is most probably a purple realm… So instead I decided that I would make this a little more challenging, while at the same time provide more of a puzzle, and instill a “sense of choice” in the player. Hence the colour swap wheel was born: 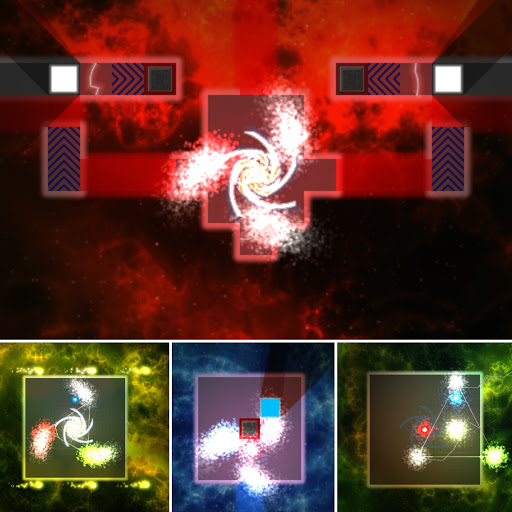 When Orb is puzzling his way through the Puzzleverse, he will only ever come across three coloured orbs: Red, Green and Blue. If the player moves over a colour swap orb, they are now prompted to perform a pick up by holding down ‘E’. This will activate Orb’s realm wheel and will allow the player to either assign the orb to an empty slot, or swap out an already occupied slot. Now, if Orb wants to visit the purple realm, then he needs to have collected both a blue and a red orb.

Light Blocks are pretty useful things in the Puzzleverse, they can create paths, stop pulses, block enemies, filter and / or deflect lasers, and now - there is a very special breed of blocks being introduced - the light blocks will have a symbol placed on top of them. They will also have a corresponding location in their world. Placing the matching symbol on its designated panel will power items attached to it. 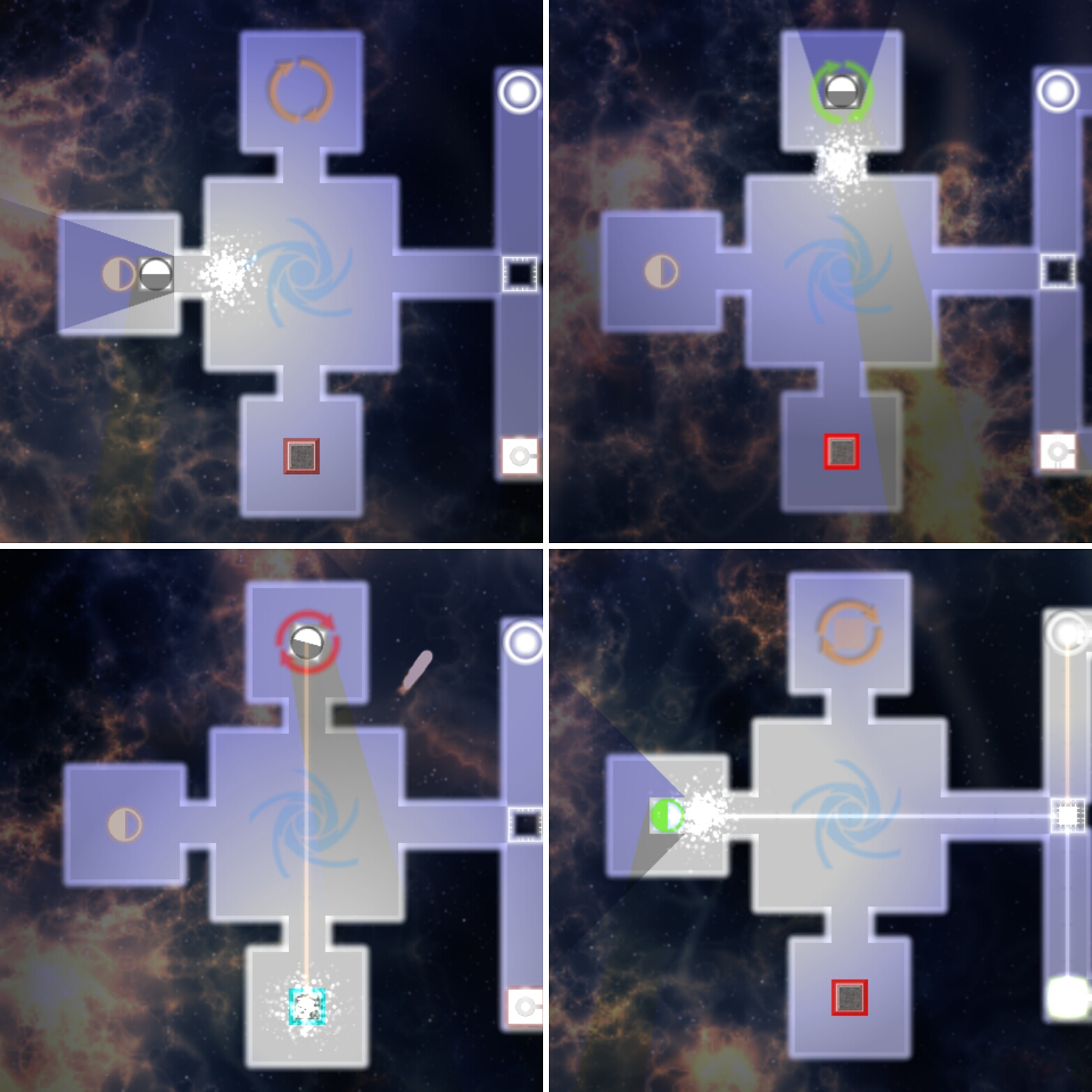 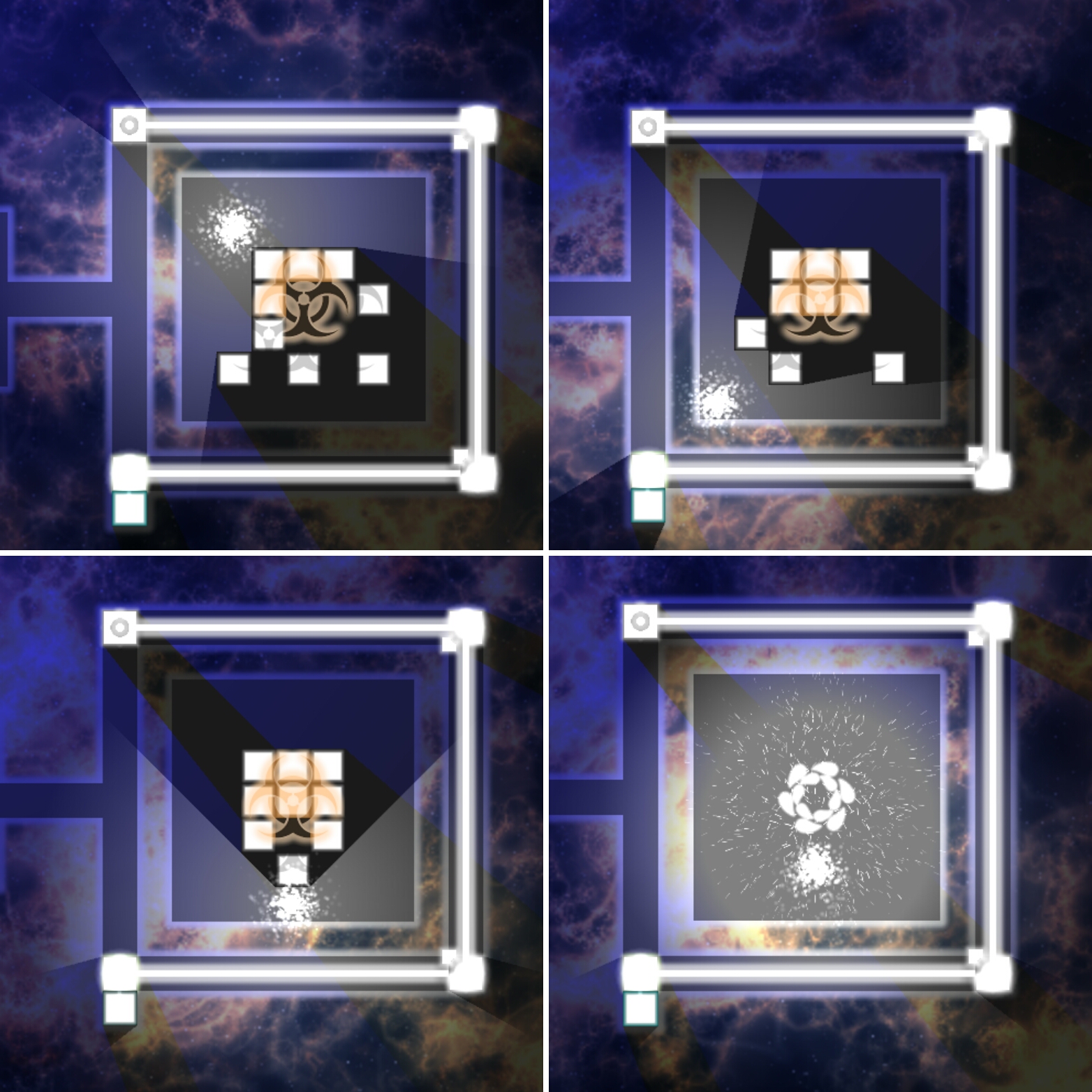 Much like Symbol Panels, Puzzle Panels consist of a number of blocks which when joined together must match its corresponding symbol in the puzzle. The end result of each puzzle is different - either holding an exit, an ability or - perhaps even a trap ;-)

'The Pulse' speed round (Spoiler)

And Finally! As promised earlier - a short little video showing the butter smooth movement of Orb on the level 'The Pulse' - I am finding myself constantly wanting to shave seconds off that best time, so I hope that you find Orb's input as satisfying as I do!

There are plenty more smaller updates that I could throw into the article, but I think I'll leave it here with the big ones, and rather I'll let you experience the smaller ones when you play the upcoming alpha!

Until next time,
Cheers!