Introduction and summary of Romanov’s Vengeance! 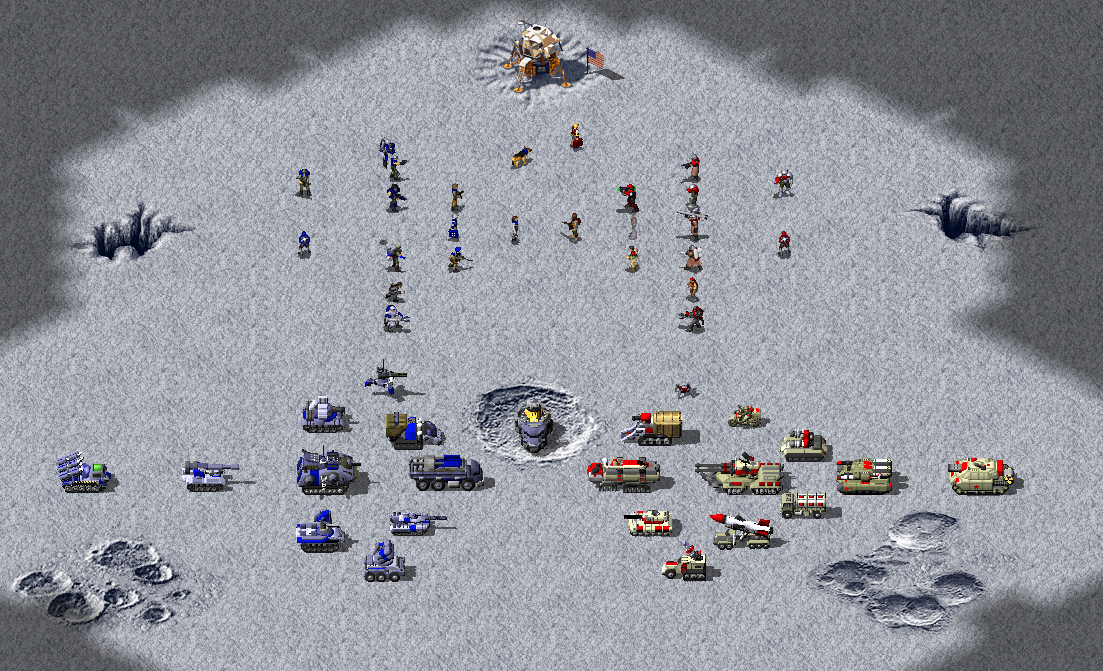 This article serves to introduce our awesome new mod for the OpenRA engine. Romanov’s Vengeance is based on the unreleased pre-alpha version of OpenRA Red Alert 2 which is currently outright missing several units like Aircraft Carriers or missing logics like Terror Drones infection. It required a lot of work to get the base of the game working and adding all missing stuff from Red Alert 2 to then modifying the game in our image.

Romanov’s Vengeance is going to be based upon RA2 + units from Yuri’s Revenge. Romanov’s Vengeance will serve as a game that will provide a very competitive environment for both 1v1 and team players. Don’t worry for the casual player community we will of course include a strong and reactive AI and a campaign (which will be developed in secret).

We have been introducing a lot of features that are not possible to create in mods based on original RA2/YR engine like:

We have also performed changes that are similar to other RA2 mods: 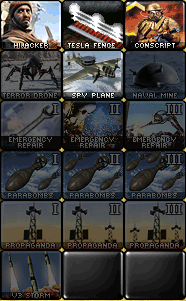 We have also improved several assets from the original RA2. 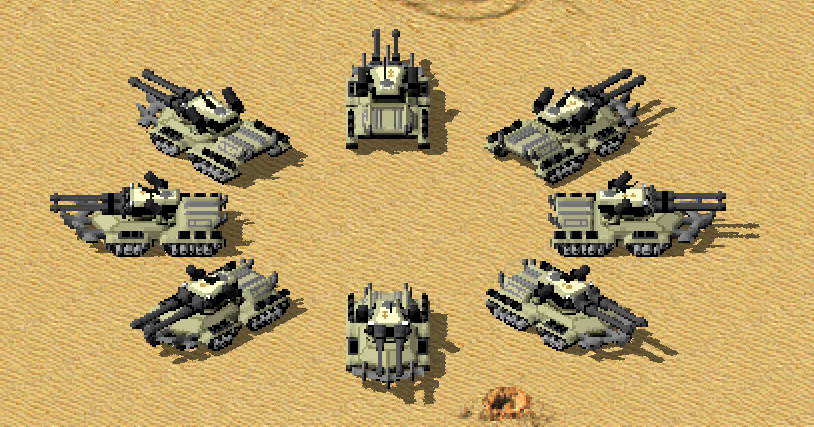 This Apocalypse Tank looks way more menacing and threatening than the original one (also closer to the ingame cutscenes).

We are also implementing features that were introduced to modern era C&Cs like Generals and Tiberium Wars.

As you can see in the picture above we have implemented rotatable structures. This feature serves mainly to improve the balance on maps. You will be able to rotate Refineries and Warfactories of all factions into 4 directions (NW, NE, SW and SW).

We will continue to keep you guys up to date with any further changes for instances posting new Pictures, creating new maps or even recording some Gameplay VODs.

In the meantime stay tuned and keep an eye out for the following streamers covering RV at certain events:

One of the devs of *this* RA2 OpenRA mod told me the project was almost finished:
Github.com
I don't really understand what going on.

That is Dodocats mod. He wants to purely recreate YR for OpenRA while Romanov's Vengeance is going to advance and modernize YR + adding additional assets also with a new campaign.

So I think RV is more like MO. They(RV and MO) are an enhancement to the original YR

Hey, I am the author of OpenRA Yuri's Revenge, it is almost finished, Yuri faction is already playable, I am making campaigns.

Hey! A number of things:
• First, thanks so much for your work. I know many people whose favourite RTS of all time is RA2, and many of them have had trouble getting it to run on their modern systems, so I'm sure I speak for all of them when I say we really appreciate what you're doing!
• Second, is your mod a pure engine port with bug fixes? Or is it going to be all “optimised for competitive play” like OpenRA has been? Because I have to admit, a lot of the OpenRA balances have sucked the fun out of it for me. The original RA felt like goofy fun, but OpenRA feels like an athlete's diet: all precise and restricted and tailored for the big stage.
• Third, I really tried to get your mod working, but I just couldn't get the code to compile myself. Just error after error. Is there an installer coming any time soon?
Thanks again!

Thanks for your feedback, my mod based on OpenRA release version and playtest version. You should post an issue about error you met into the issue page. As for the installer, I will publish a workable installer for this mod.

Thank you again for your support of this mod! :))

I am glad to tell you that Yuri's Revenge has the installer:
Github.com

Amazing news!
But uh... is there some kind of setup guide?
I downloaded it and installed it,
and it made a shortcut on my desktop,
but running it just produced a “Fatal Error” message box.
Is there some place I have to put it or something?

I think you can post an issue to the mod:
Github.com

There is only one thing to say at a time like this...

Looking forward with this.