Preview of some of the new features that will be implemented in the Open Beta 0.1.5 wich will be released very soon. 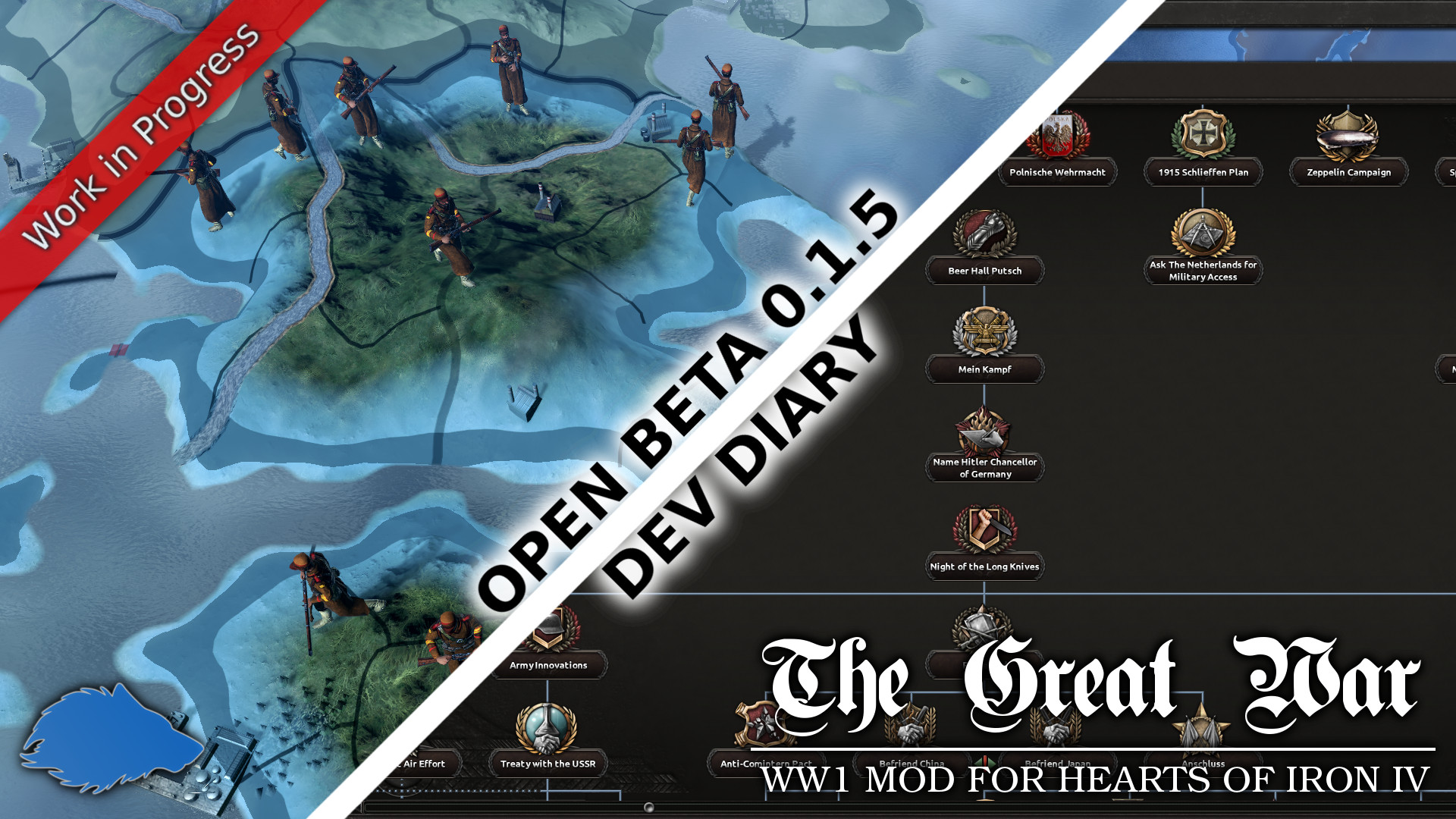 Hello Everybody and Welcome to this quick Dev Diary!

Here's a preview of some of the new features that will be implemented in the Open Beta 0.1.5 wich will be released very soon.

First, we have coded the Treaty of Versailles. It will allow you to end the First World War and access the Interwar Period.
Second, like we said, the Interwar Period. We have coded several scripts and National Focus that will allow you, for example, to March on Rome with Benito Mussolini in Italy and to launch the Beer Hall Putsch with Aldof Hitler (aka Munich Putsch) in Germany.

We are currently fixing minor bugs, improving Gameplay, adding more GFX and Skins for our 3D Models (thanks to keket87 who joined the Team) and also more New Technologies for you to research.

Remember, Don't forget to Vote for the Mod on Mod DB if you haven't already done yet!
It's really important for us. Don't hesitate to share this link with your friends.

See you soon for more information!

great mod guys,i couldn't study history because i was playing this history :D
also i noticed in my french playthruogh that when italy failed to invade Tripoli(Libya) they tried to invade Turkey instead and they allied with Bulgaria in the 2.Balkan war so Otto and serbia are allied(since balkan leauge) and its 1915,can you make the italian Aİ's priorities to tripoli if there is a war in that region please?

So, what would the Beer Hall Putsch change? Nobody really cared about that back then...

Probably raises Fascist popularity or something like that. Even though Hitler failed his goals, it gave him some publicity.

I like the ideas, keep up the excellent work!

Loving the work, I was surprised to see any attention paid to Ireland in Britain's focus tree, we usually get left to the dust!

The 1916 rising shaking the country so close to britain right to its core could never have been left out.