Previously only available on iOS, 2008 IGF Excellence in Audio nominee Ookibloks is finally coming to Windows PC, Mac and Linux. 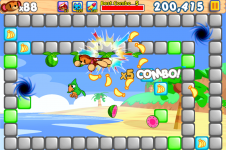 Ookibloks began its life on Windows PC In this form, it was nominated for Excellence in Audio during the 2008 Independent Game Festival. Since then, Ookibloks was developed and released for iOS.
Now, Ookibloks is coming back to PC in its full-featured, fruit-flinging, crab-bashing, banana-collecting glory. 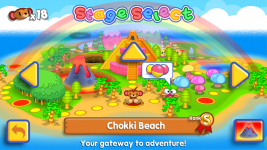 The PC version of Ookibloks will have no ads and no in-app purchases. Nothing will get between you and enjoying Ookibloks the way it was meant to be played. 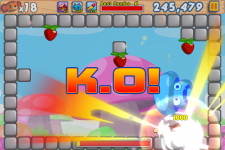 While there's still a fair bit of work left to be done, the Windows version of Ookibloks is coming close to completion. Once that version is released, Skyboy Games will work quickly to port the game to Mac and then Linux afterwards.