First thanks for all your feedback, support and kind messages I received in last few months (even some donation! Amazing!). This is awesome and wasn’t expecting it at all considering our “niche” community. 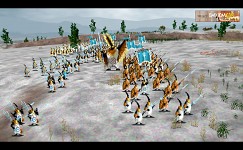 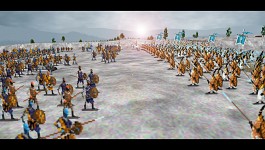 Initially wanted to wait the dominions patch 4.18 before posting a news associated to a major
Omniomicon update (3rd chapter), but we don’t know when this official patch will be available, so you won an intermediate update in the meantime.

This patch mainly updates both Ledan and Plavendel god pretenders costs to reflect new cost mechanics introduced in the official 4.17 dominions 4 patch. It also provides Plavendel with some national heroes and important gameplay changes. Unfortunately some important events modding commands still don’t work in 4.17 (but seems fixed for 4.18) and I am waiting the next patch to update and add some national events.

Many things are planned and ongoing but the main objectives for the next update are:
- Update / Add National events
- Add missing Plavendel national heroes and their descriptions
- Add national items
- Releasing Alpha version of the next nation (3rd chapter) : Smerv

In parallel I am also working on the first Lore Book about Ledan civilization. While very time consuming (many artworks, page book template design, icons/symbol designs, stats tables, etc…) this is very exciting for me and hopefully I’ll be able to show you some pages preview in next months.

Finally and again, don’t hesitate to give feedback, propose ideas and report bugs so I can continue to improve this total conversion project!

Thanks again for your support, and enjoy!

I always read it: "omnomnomicon"