big progress made on implementing AI demons, new maps made for new player vs demon game-mode and more!

It's one thing to show fancy 3d renders and another thing entirely to have the game play, today we're proud to announce that kc's co-op / single-player mode is coming together nicely.

One thing to mention, we've decided on a name for our new gory team, 'The Nide' (ooh, sounds scary). 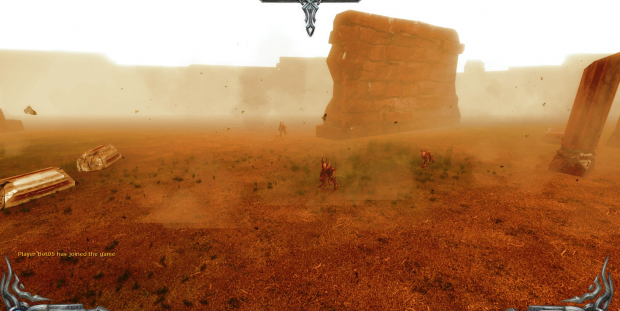 Basically how the mode works right now is: the human players will spawn as a group and then be challenged with a small pack of Nide hounds. The goal is to hold up as long as possible (or even win, if you can), but every 30 seconds another AI joins the Nide and pretty soon they can become completely overwhelming. 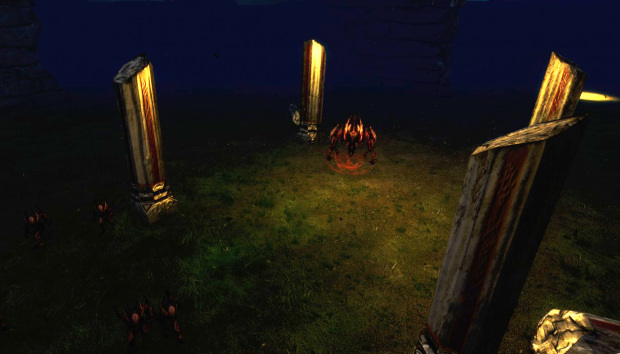 But, if you don't work as a co-operative team and one of you falls to the Nide they will re-spawn as one of them! 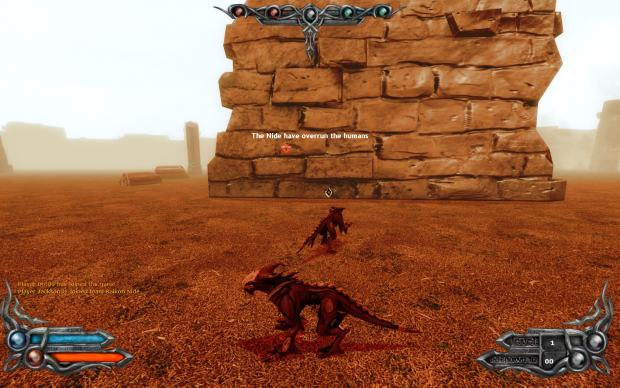 These screenshots have been taken from new maps made specially for survival game-play with intense lighting and weather conditions that allow Nide demons to sneak up on you!

I remember suggesting this, back before the first release.

This mod is already way better than a lot of games out there. This is gonna be awesome!

Looks damn awesome! :D can't wait to try this then it comes out. Keep up the seriously good work :)

Is there any way you could make an option to go zoomed further in like the previous versions, I hated looking so far out on the character on the later versions - joshino.

yeah, I prefer to be in close too, I think we set a key that can move the camera in, from memory you hold 'z' and scroll the mouse wheel up?

Singleplayer? Cooperative? Those are the keywords I look for in every game! I am completely hyped! I have played Kingdoms Collide online a few times, but most of the time no one is playing. So a singleplayer would be great! Also, playing with a few friends against bots is even better.
Keep it coming!

hi booman, and ya its sad noone has servers up anymore its a great game.

Wow, That's some unique atmosphere and it's cool!