Post news RSS Off Limits - closing in on beta!

Wanted to post a quick update with what's been going on with our progress the past few weeks.

Wanted to post a quick update with what's been going on with our progress the past few weeks.
Maarten and myself have tried to crash the server with the known crash bug we were having, but we were unable to make it crash. I used to start our own servers locally, so it might be a problem on my end or client side. Either way, we hope it's gone and the server wont crash after release! If it does, let us know and we'll get on it asap. Maarten is still fixing some server issues at this time.

I myself am still grinding away on Undersiege, I said I'd leave it in the before stage as much as possible, but I am gradually going over the entire map replacing old props with newer ones and removing as much Half-Life² content while progressing towards my final area. I've made a lot of headway and I plan to finish it somewhere this weekend (if my personal life doesn't intervene too much). Some of the quick assets I made were more truck variations and corn elevators with pipes and such. I've had to rebuild a lot of BSP and redesign huge chunks of areas to balance out the walking and driving distances. The following shots are of areas that are pretty much final (expect for the 3Dskybox which needs some more subdivisions in the displacement). Also the cornfields are very rigid and repetitive at this point and will be upon release of our beta, I will replace it during beta with a more believable cornfield.

The last image shows my current work in progress state of the area I'm going to be working on the coming days, it's the final spawn point area which needed most redesigning. I figured out roughly how the design needed to be to balance out both directions, tomorrow I can start the fun part where I make it look nice! 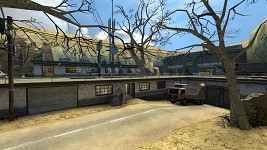 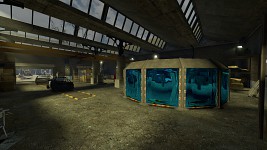 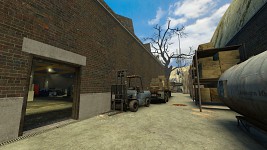 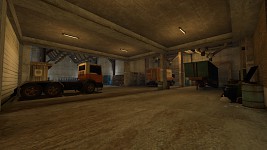 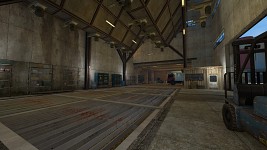 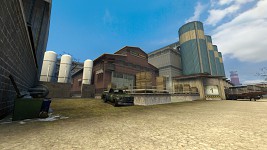 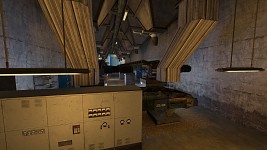 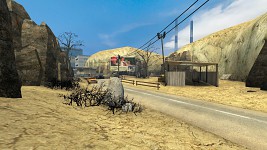 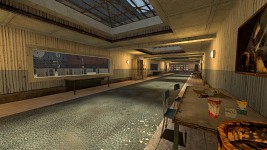 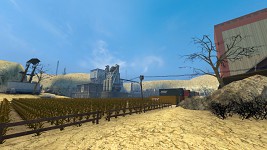 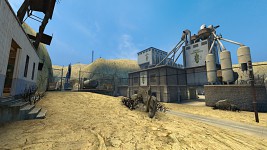 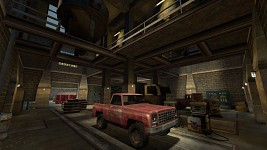 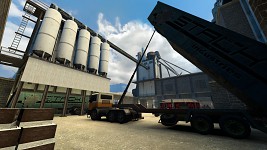 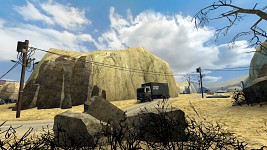 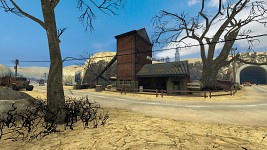 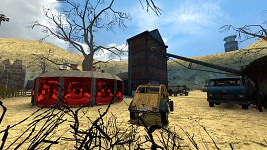 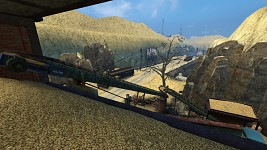 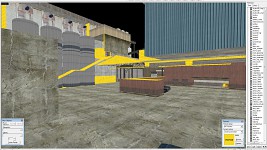 I AM THE JUGGERNAUT BITCH

Ok, I want my piece now.

its a german farm because the corns are well placed ?? xD

I eat unicorns and poop rainbows.

*edit:
sry, the wheel made me double post xD

Want to play this.

Beautiful media as always Wesley! Can't wait for release. I wonder if me signing up for the beta / stating my interest back in 2005 or so still applies? :P

Everyone with Desura will be able to play the beta, no signing up period will be needed :)
2005? hah! Seems like yesterday :p

Sweet, I've been in Desura since the beginning of the closed beta. Cannot WAIT to finally get my hands on this game. 2005 seemed like yesterday for sure... but god damn Off Limits has come a long way. The media these days compared to back then is just phenomenal. Great job :)

I don't really use MSN any more, but you can drop me an email at ennuinin@gmail.com when you go into beta or release, and I'll give you a nice big plug on the Halflife2.net frontpage just like old times :) I never newspost these days but I still have the ability to.

edit: whoops, meant to reply to your comment, but I imagine you'll figure it out anyway :D