After seven years in development, we are delighted to announce that Doctor Kvorak’s Obliteration Game will release 26th July on Steam, for Windows PC Desktop with a simultaneous release on the HTC Vive and Oculus Rift/Touch.

After seven years in development, we are delighted to announce that Doctor Kvorak’s Obliteration Game will release 26th July on Steam, for Windows PC Desktop with a simultaneous release on the HTC Vive and Oculus Rift/Touch.

The Obliteration Game tells the story of a dastardly deity and an episode of his deadly galactic game show. Controlling all three talented contestants, players must pit their wits against the Doctor himself, an immortal trickster who will challenge and ensnare them every step of the way. Win fame, fortune and fantastical prizes, but all is not what it seems, for losing risks the very annihilation of your world.

In other news, we have been super-busy testing and polishing the game, and we also had the pleasure of showing the beta of the Obliteration Game at Norwich Gaming Festival, and as always, the feedback from players was tremendous. Players really loved Greeboo on the HTC Vive, and many came back all three days to play again and again. We had such a fantastic time – did we mention that we really love expos?! We are now into the final testing phase before the Doctor unleashes his terror on the galaxy, and we will shortly be contacting the Games Press, YouTubers and Streamers with preview keys. If any of you would like a preview copy of the Obliteration Game for your channel, then please get in touch.

Only a few weeks to go now. We have spent seven years of our lives (nearly all of it full-time) creating Dr Kvorak’s Obliteration Game. 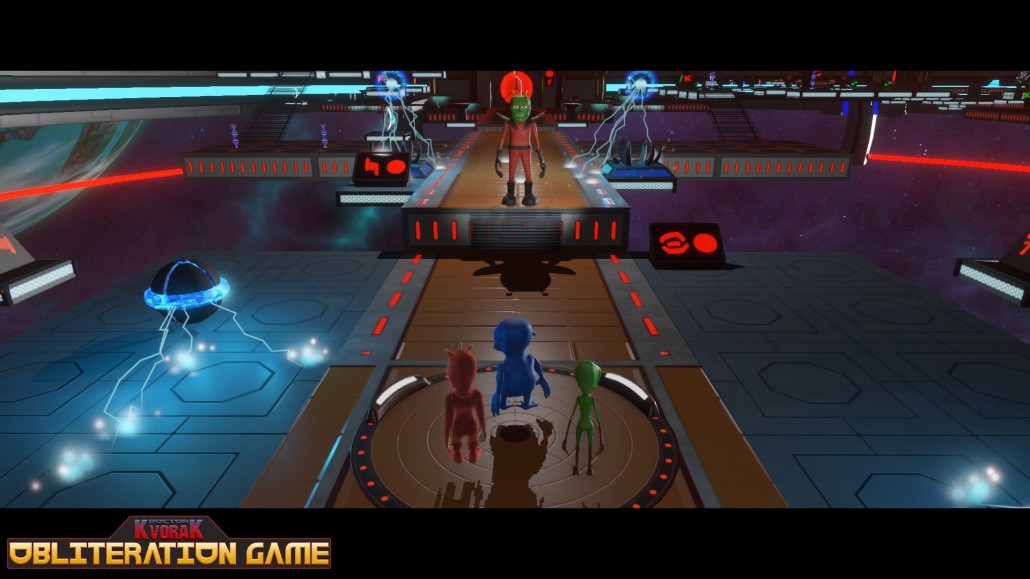