OBEY has just been launched on Kickstarter and Greenlight! Grab your copy!

OBEY has just been launched on Kickstarter and Greenlight!

As players, we are all used to commanding peasants or AI units around in a game.
Have you ever wondered what it would be like to maintain control over other human players? How about rebellious human opponents?

That game is OBEY.

OBEY is a unique competitive multiplayer action game where you win by bribing and coercing your opponents into helping you win. Playing OBEY makes for an experience unlike any other game you have ever played. Grab your copy and guarantee that it gets made!

Check out and Vote for OBEY on Steam Greenlight! 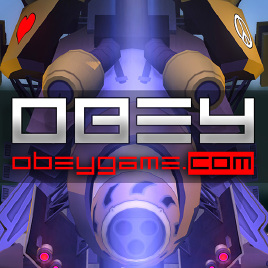