OBEY is now available as Early Access via Humble Store!

We've all commanded team mates or AI units in a game.
In OBEY you are instead positioned to command your enemies (human opponents) - and to be commanded by them. Players are always free to obey/disobey, it is up to them to deal with the consequences of their actions in the game.

GET YOUR COPY HERE!

OBEY is a unique multiplayer action game where winning means bribing and coercing your opponents into helping you win, and making themselves lose. To win, a player must make the most money by the end of the round. To make the most money, you have to take command of the giant robot by walking into a door at the base of the robot. The player in the robot can easily kill any player he sees trying to approach (IF he sees them). However, the game is truly experienced when players learn that it is not always in their interest to simply kill the approaching players. Why not? Because they can instead coerce opponents to do their bidding... and that's where the game gets interesting! 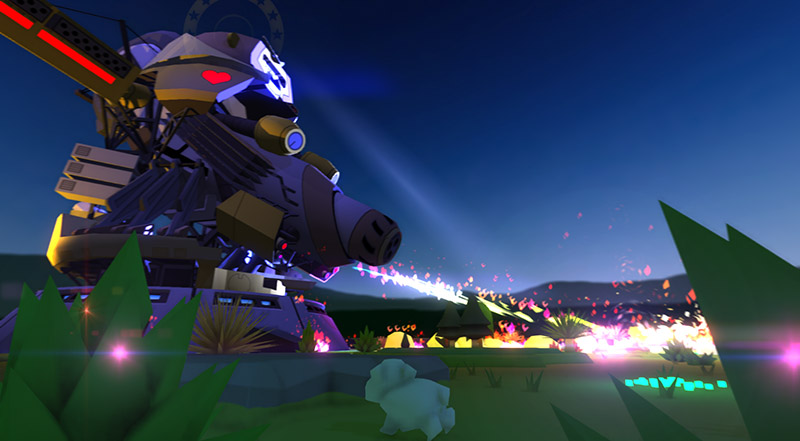