In this article I present some awesome new look and feel images and videos, I reveal the game unlock and game progression wheels as well as two game changing unlocks: Hop and Double Hop.

Firstly, those who have been following along would know that O-R-B is made up of two realms: The Puzzleverse and the Wormholes.

I'll open this up this series of articles by starting with the Puzzleverse. I'll be showing off some of the games newer graphical enhancements, reveal to you the game's brand new ability and progression wheels, delve a little into what each unlock allows you to do and finally - one that I am very excited about: The colour swap puzzle mechanic.

Ladies and Gentlemen, I present to you: O-R-B: A Strange New World 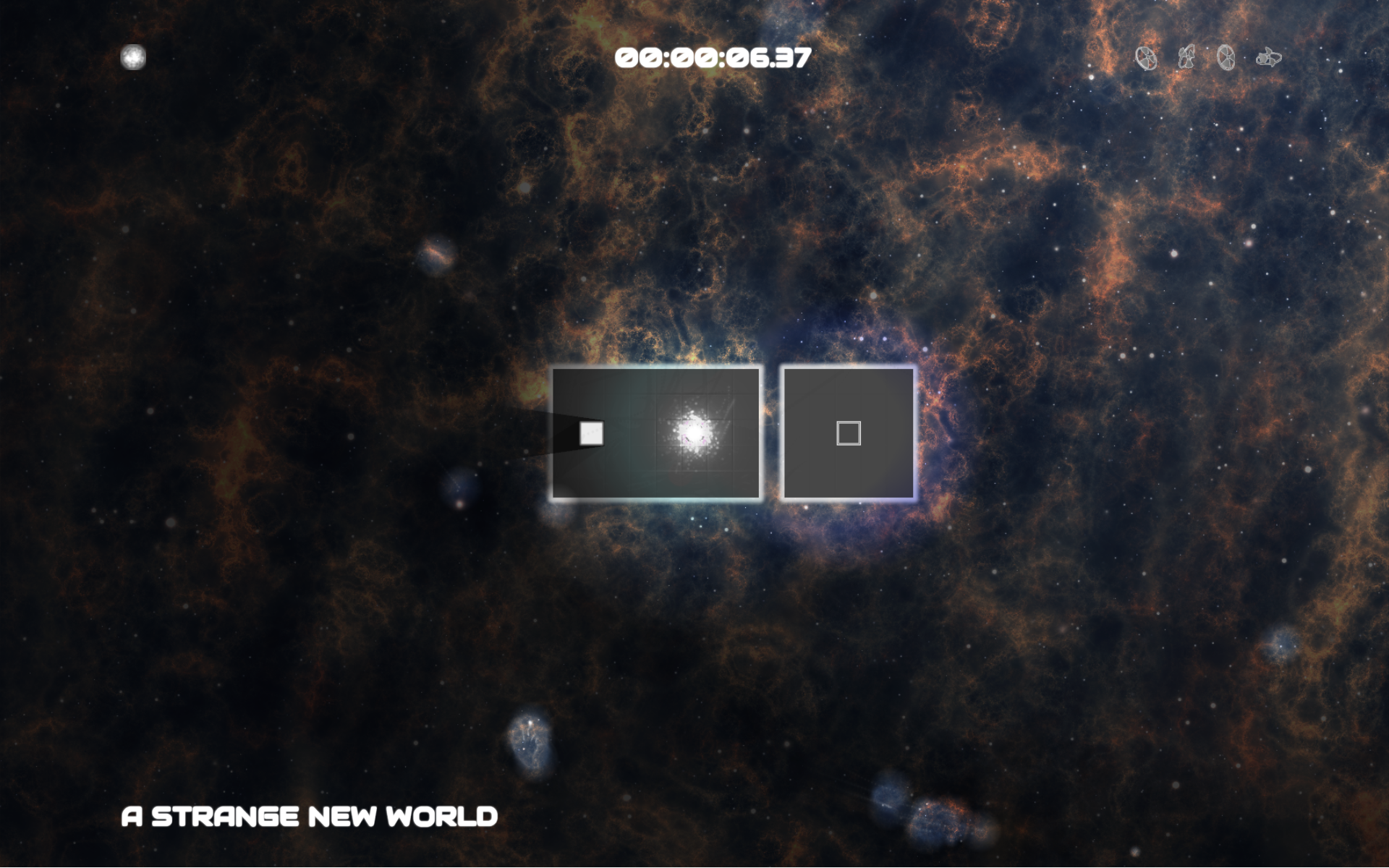 The first level the player will be introduced to - can you solve it? I hope so as its relatively simple :) 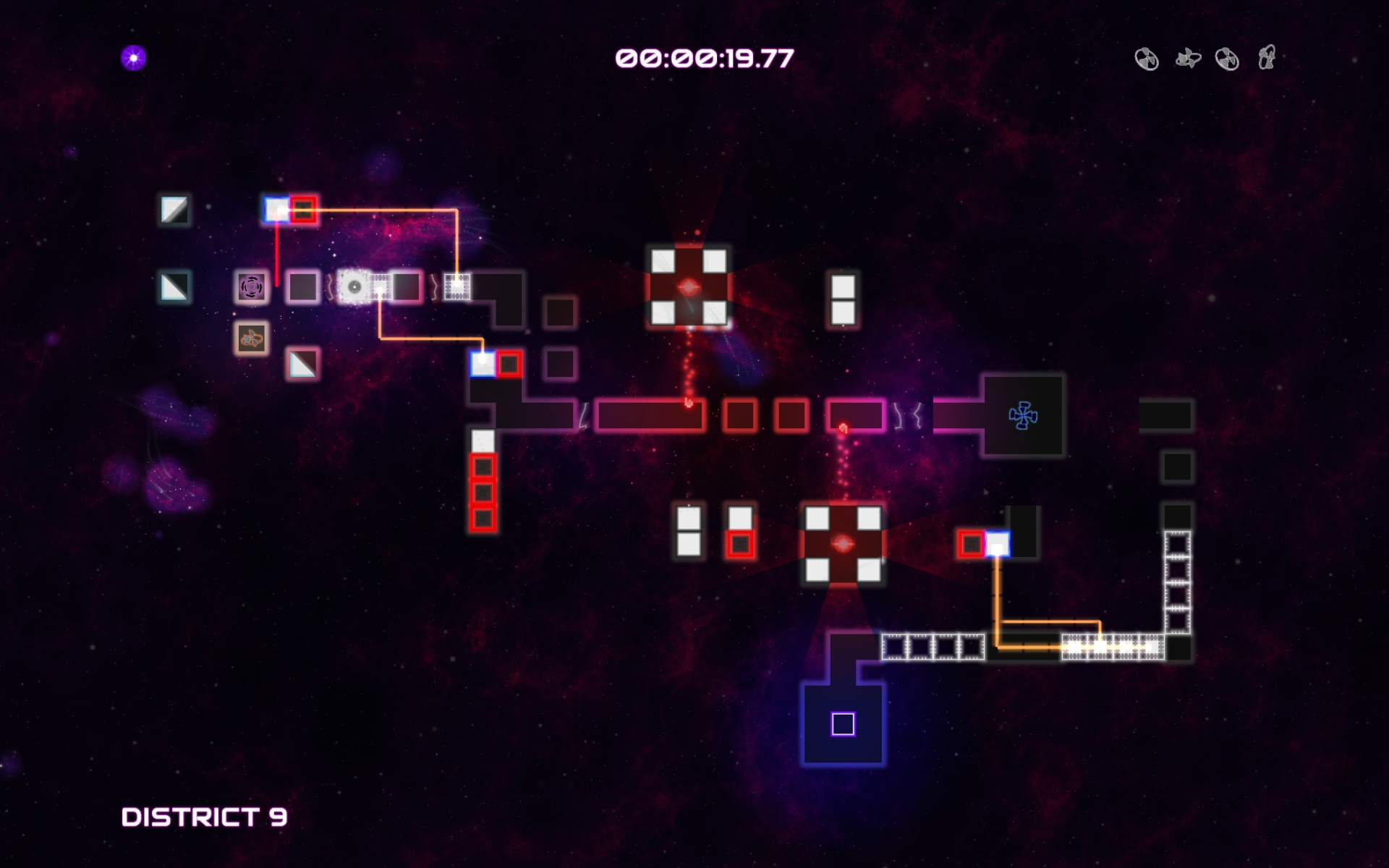 A more advanced level - 'District 9' which **might** feature later in the game.

Taking a look at the pictures above, you may (or may not) notice a few changes. Firstly the top left orb count has been removed - Instead the orb in the top left now just visually shows you what colour Orb is currently.
Secondly, the move count is no longer displayed in Zen Mode puzzles.
Lastly, Orb is featuring a brand new background - and forms part of the entire colour swap experience.

Before moving onto the unlocks, I thought I'd throw in a picture of the Wormhole Challenges - a "work in progress" peek at whats in store: 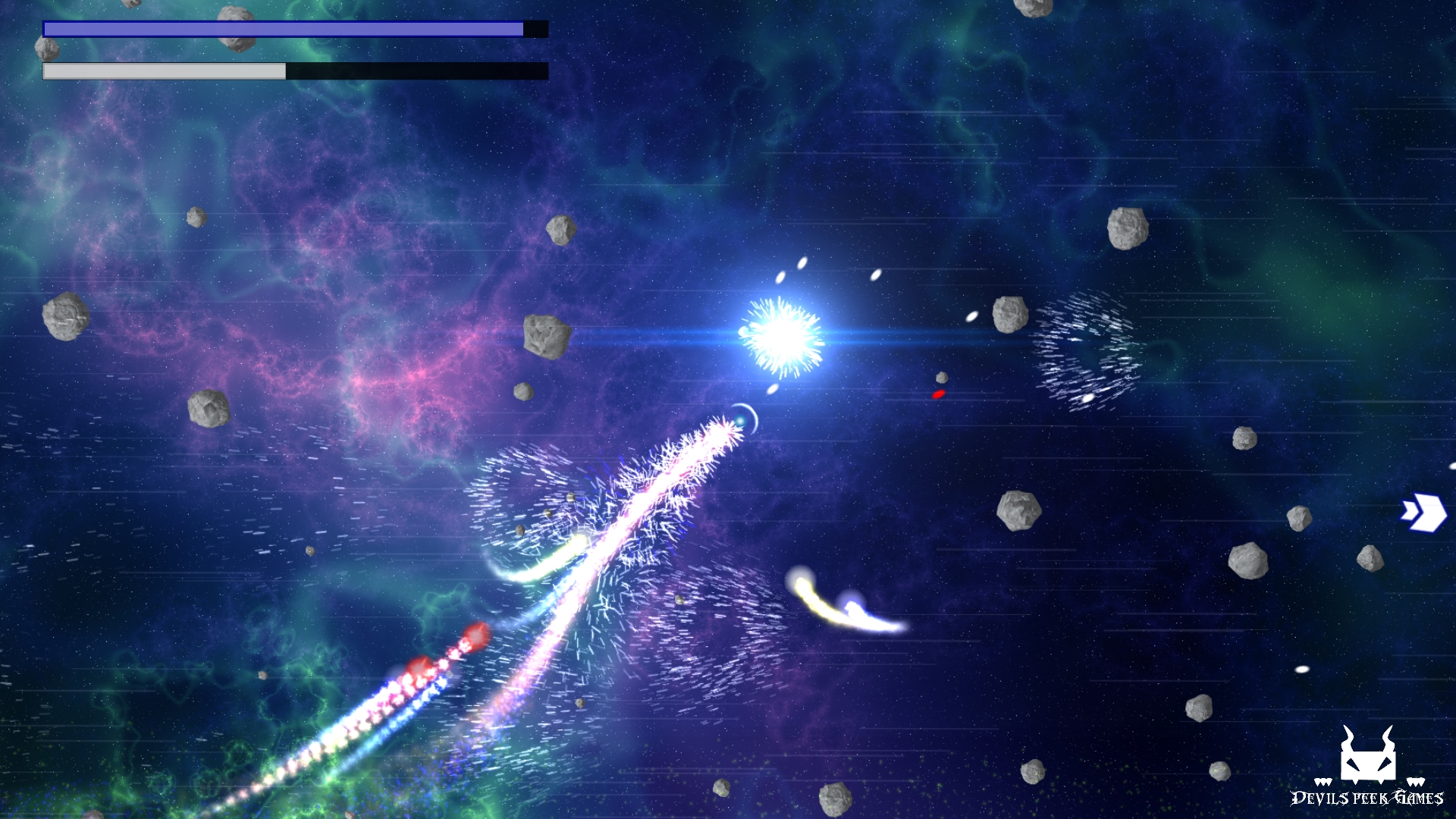 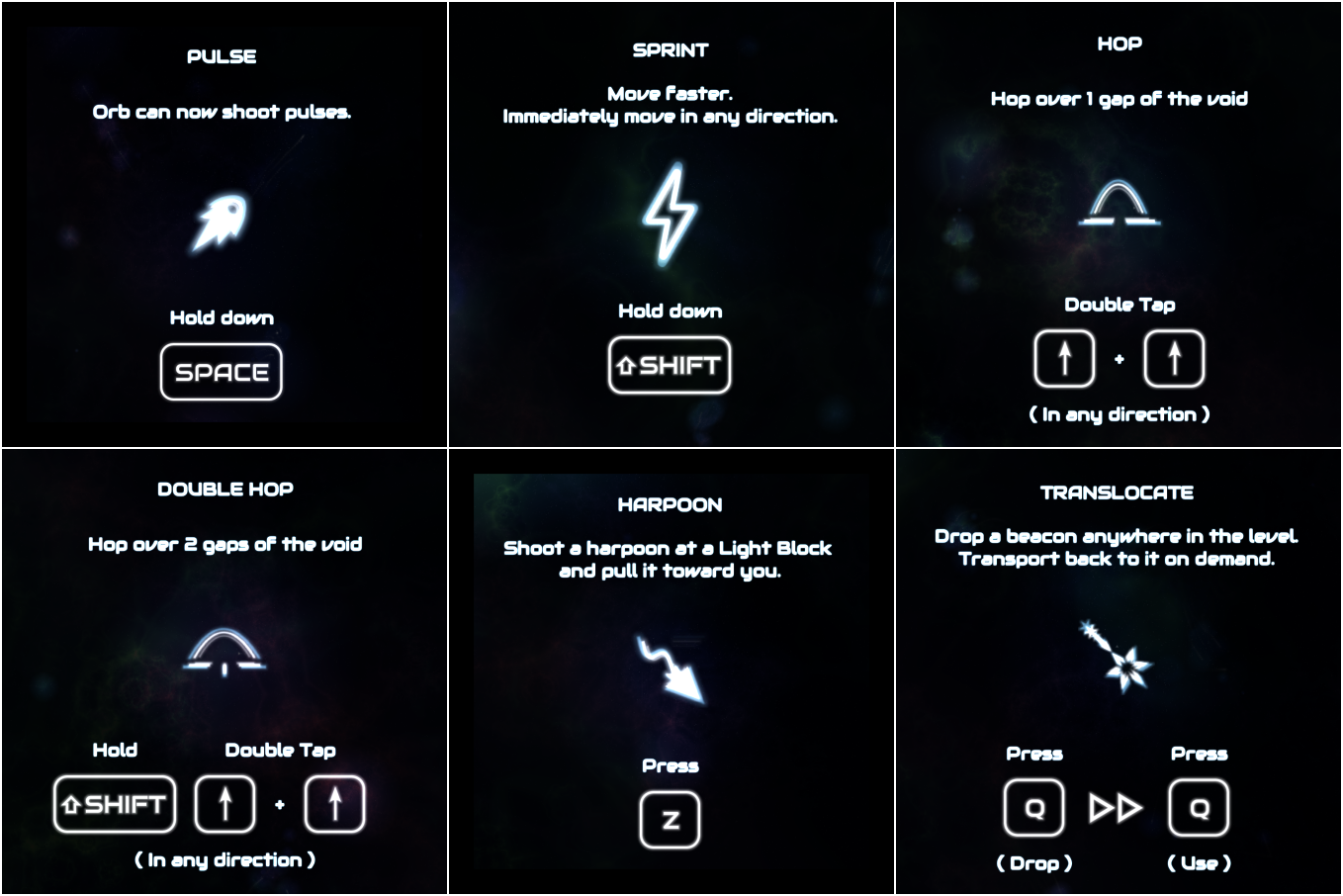 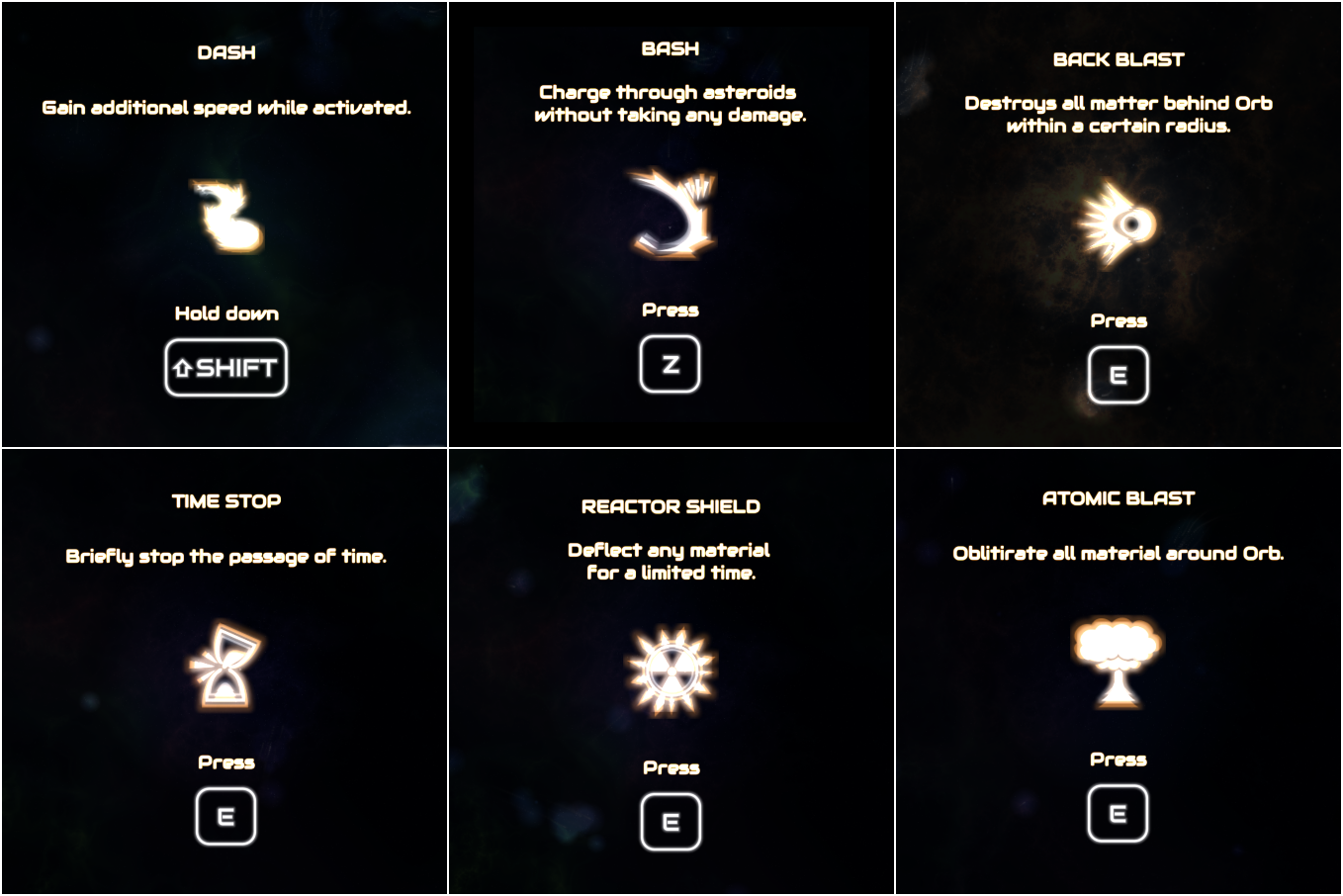 Polishing up the colour swap mechanic

From conceptualization, O-R-B has always had a colour swap game mechanic. It first manifested in the colour of the pulses - with the basic rule: If the pulse is the same colour as an electric gate, the pulse may pass through unhindered. The second addition to the colour swap mechanic was that of Orb only being allowed to use matching coloured elements - such as the teleports. And finally the mechanic extended to the goal - Only if Orb was the same colour as the goal - will he be allowed to enter.

These basic rules are still in play, however there has been some work around the visual aspect of Colour Swap, and two brand new additions to the mechanic which completes my original vision: That being coloured walkways and coloured light blocks. Only walkways of the same colour as Orb will be visible to Orb at any given time. The same rule applies to the coloured light blocks. It goes without saying then, that Orb may only interact with those elements of the same colour as him - with exception to the white light block which can be interacted with in any colour realm.

For a more visual explanation, we can see the colour swap in action in the three images below. Note how the purple and blue pathways and lightblocks are affected by the overall colour scheme: 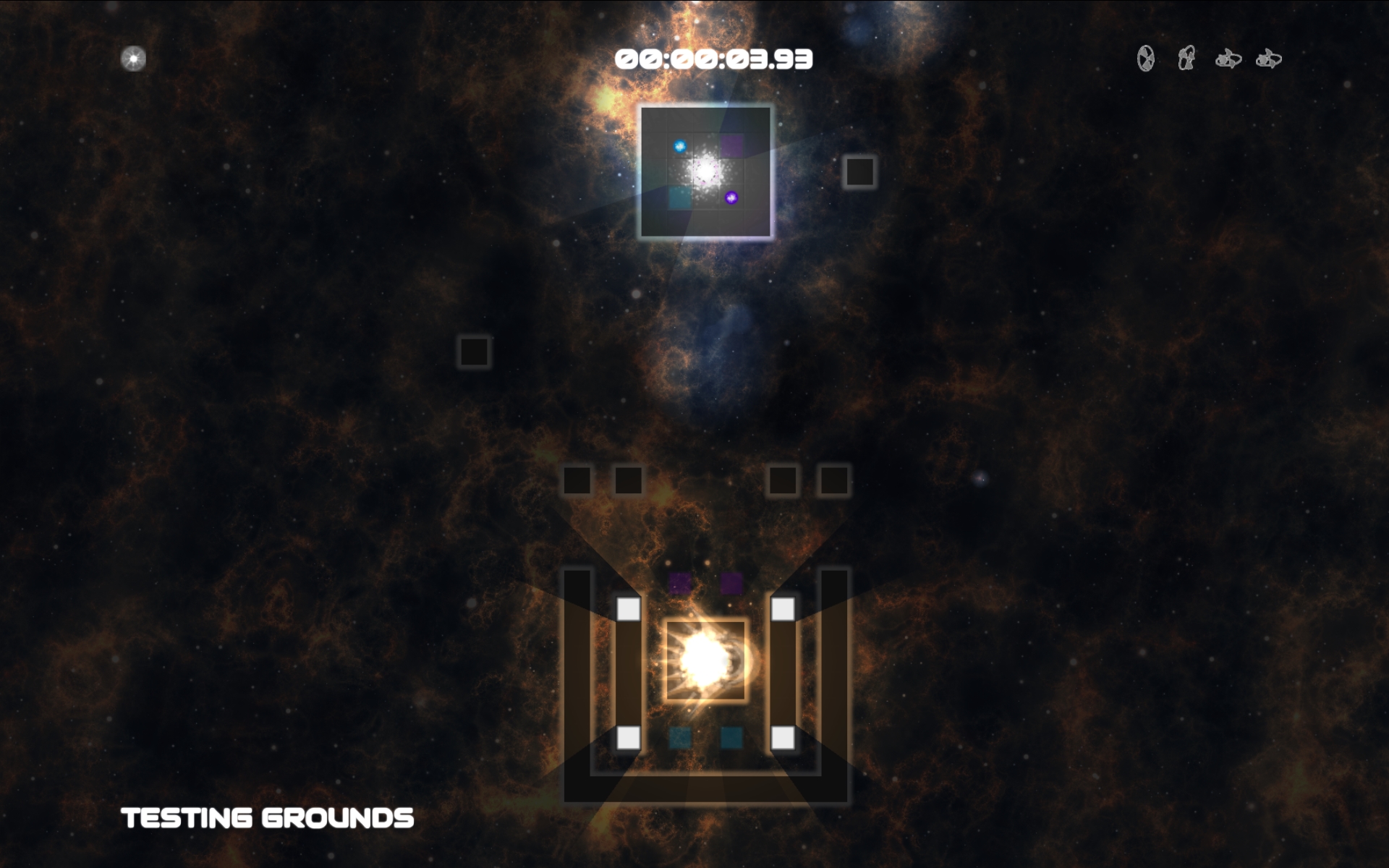 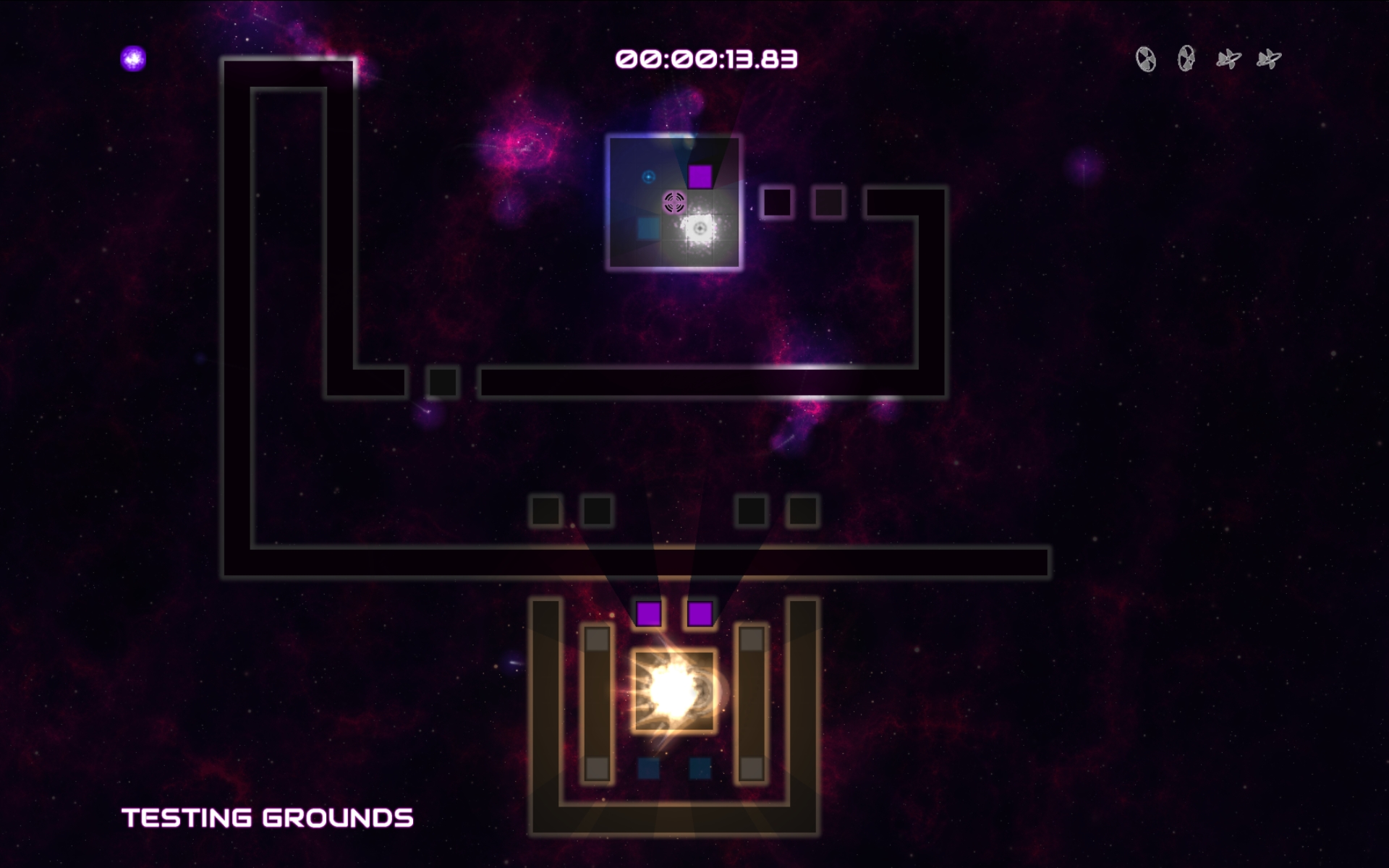 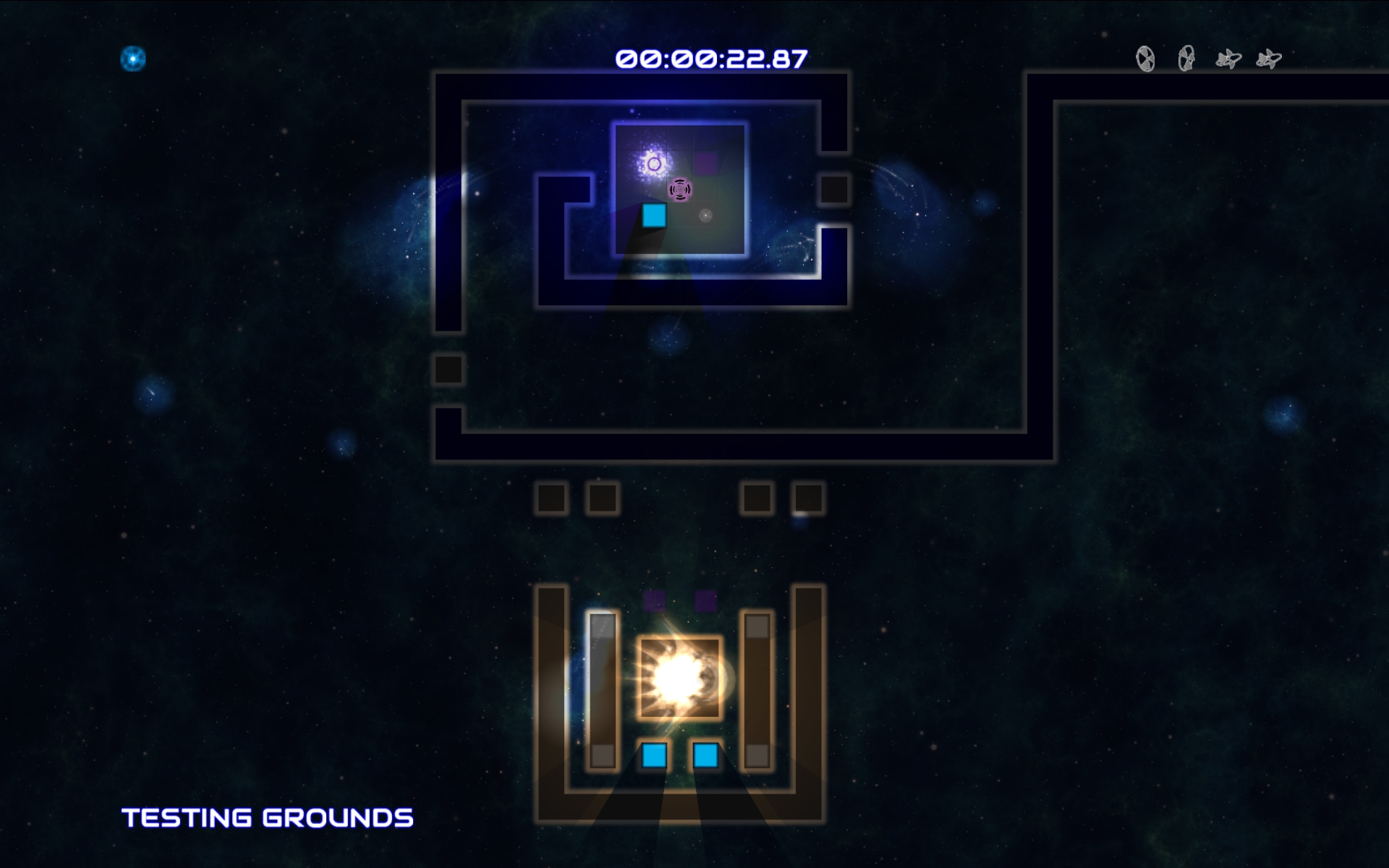 Or even better yet - take a look at this teaser:

I will unveil two game changing unlocks today: the Hop and the Double Hop - allowing Orb to hop over either 1 or 2 gaps of the void. Take a quick look at this video showing Hop and Double Hop in action on District 9:

And that about wraps up the Puzzleverse updates for now :) I do hope you have enjoyed your time getting to learn a little bit more about O-R-B!

And don't forget for more frequent updates follow me here: