What is this? An actual update after so long? As stated in the previous update, this mod is actually "finished", but that does not mean the development stopped there.

As stated in the previous update, this mod is actually "finished", but that does not mean the development stopped there. There are several things that maybe I forgot to add, or changes that might improve the game as whole. Something like code improvements, minor art fixes, and other boring stuffs like that. Maybe not as fancy as the other mods, but that is not the purpose of this mod anyway.

So let's move to the extra spoopy contents that you may or may not notice! Although there's nothing halloween themed, maybe these changes will spook you so you won't see them the same way again ingame.

Did you see the changes? No? Alright, here's some more noticeable stuffs.

When I was checking on the buildings, I noticed numbers of them are actually off-centered, messing up their footprints and collision boxes. Most of them are still okay, but the USA Supply Center is just terrible. And due to the code limitation there is no way to shift the collision box to fit the building, so here I added expansion to the building to balance out the misaligned building.

Same goes with the Nuclear Reactor. Although not as bad as the USA Supply Center, it is also a bit off-centered, leaving some space on its back. So I give it some additional bits to fill in the void. 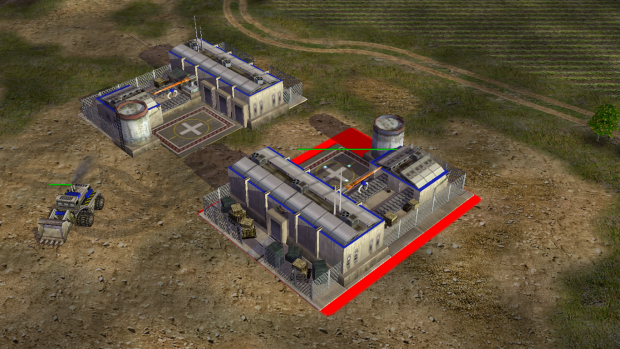 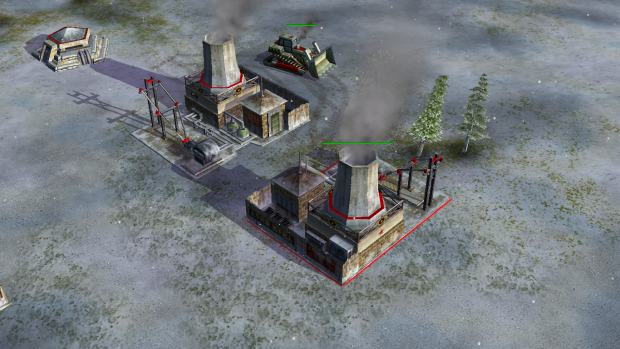 Next is a new SCUD Storm animation. Nuke Silo and Particle Cannon have ready-to-fire animation, it is just odd that only SCUD Storm that is immediately reloaded after launched although you still need to wait for the countdown. So now the SCUD Storm will only reveal the missiles when it is ready to fire. This will help the players to identify which SCUD Storm building is ready to launch. Check this video for the full animation:

Last but not least, don't forget to like and follow our Facebook fanpage to keep in touch because there are more things to come, and you also can see some exclusive contents of this mod, like the complete preview of the Fixed Cameo Pack for ZH and such. That's all for now, see you next time!