After the release of NProject Mod version 2.6, here what I've done in this month

1. Another round of Before-After. The EA's Minor Failure 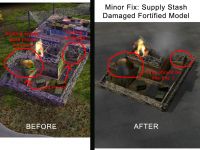 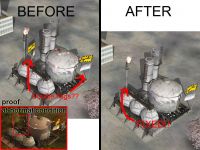 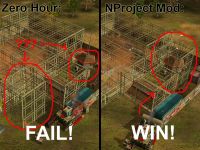 <-- Hey EA, are you forget that China get helicopters in ZH? 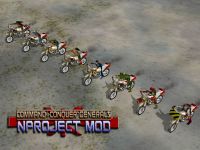 The Power of Unholy Alliance

Boss Leang have decided to increase the use of her Combat Bike, allowing all of her infantry (except Angry Mobs) to use the Combat Bike.

New infantry for Stealth General. The clone of USA Pathfinder, but less camouflaged.

The increasing numbers of USA Mortar infantry and Chinese Flamethrower forced Prince Kassad to hires low-trained stealth snipers for his arsenal. Moreover, he cannot rely only with Jarmen Kell alone against the new enemies, these newly recruited snipers may help the hero eliminating enemy infantry faster.

They might look like USA Pathfinders, but they have some differences. They are camouflaged while stationary, but because the lack of skills they often to discovered when shooting, and require more time to regain stealth than USA Pathfinders.

This month is a very special month for NProject Mod. Because, NProject Mod officially hosted on GRANS Productions Studios!

So, NProject Mod and Project Evans (one of GRANS Productions mod) proudly present this compilation video: