n5p29 here returns with more fixes and improvements!
Here what have done in this month: 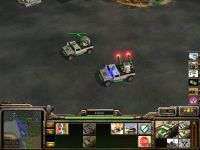 Getting tired watching retarded attacking Avenger (that turn the whole body instead just the turret)? Now it's no more! I made the Avengers can turn their front turret when attacking with their designator laser.

I also found sometimes Avenger have a "strange thing" that appeared when moving, it looks like a little rock, so I remove that "thing".

And, sometimes you still can recognize a Bomb Truck that disguising as Avenger by just a look (the AA turret looks a little different). Now it's harder to see the difference. 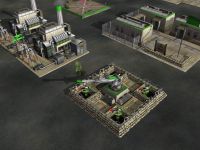 Some more improvement I made for Firebase:
- Firebase now fires at better angle.
- New texture for Firebase. It's not using USA Airfield runway texture anymore.
- Remove the useless deploying animation. I don't know what this animation for, because no needs to Firebase to deploy before attacking. It's not a mobile defense/artillery like Nuke Cannon. I suspecting this animation was taken from Strategy Center Bombardment cannon. 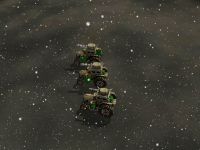 As you know, in ZH the Toxin Tractor will upgrade its turret when it get salvage crates.
But after I look closer to the model (UVToxinTrk.W3D) it not just upgrade its turret. Salvages also give additional toxin tanks! It should be like this. 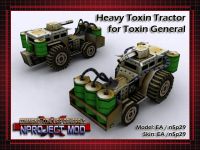 The new Toxin Tractor have much heavier armor, allowing it to stands up against stronger enemies. It also have more toxin tanks to store more loads. Funnily, why he put the additional tanks in the front side? To grinds enemy infantry maybe?

The Avenger's strange thing? That is annoying, It looks like a rock is circling around the front wheel. :P