WWII Online is now available to the world on Steam! We're adding new art and making important changes to improve how weapons and explosives perform in game. Sign up and play WWII Online on the Steam store, it's free for your first 30 days if you sign up during September!

Well we're now 100% released on Steam and the team has done a pretty solid job at improving stability of the Campaign server. We're keeping a watchful eye on the feedback coming from new Steam users and how we can improve their onboarding experience to WWII Online. Today we're going to cover a bit of Production and things happening in the pipeline now that we've crested this major milestone of getting the game onto Steam. This includes us improving some legacy art, and today we'll unveil the new iconic 88mm model that is inbound to the game shortly.

One of the oldest models we have in game at this stage is a real eye sore. A major thanks to SADGUY for focusing his energy on getting this iconic weapon to look tremendously better and brought into the modern era. 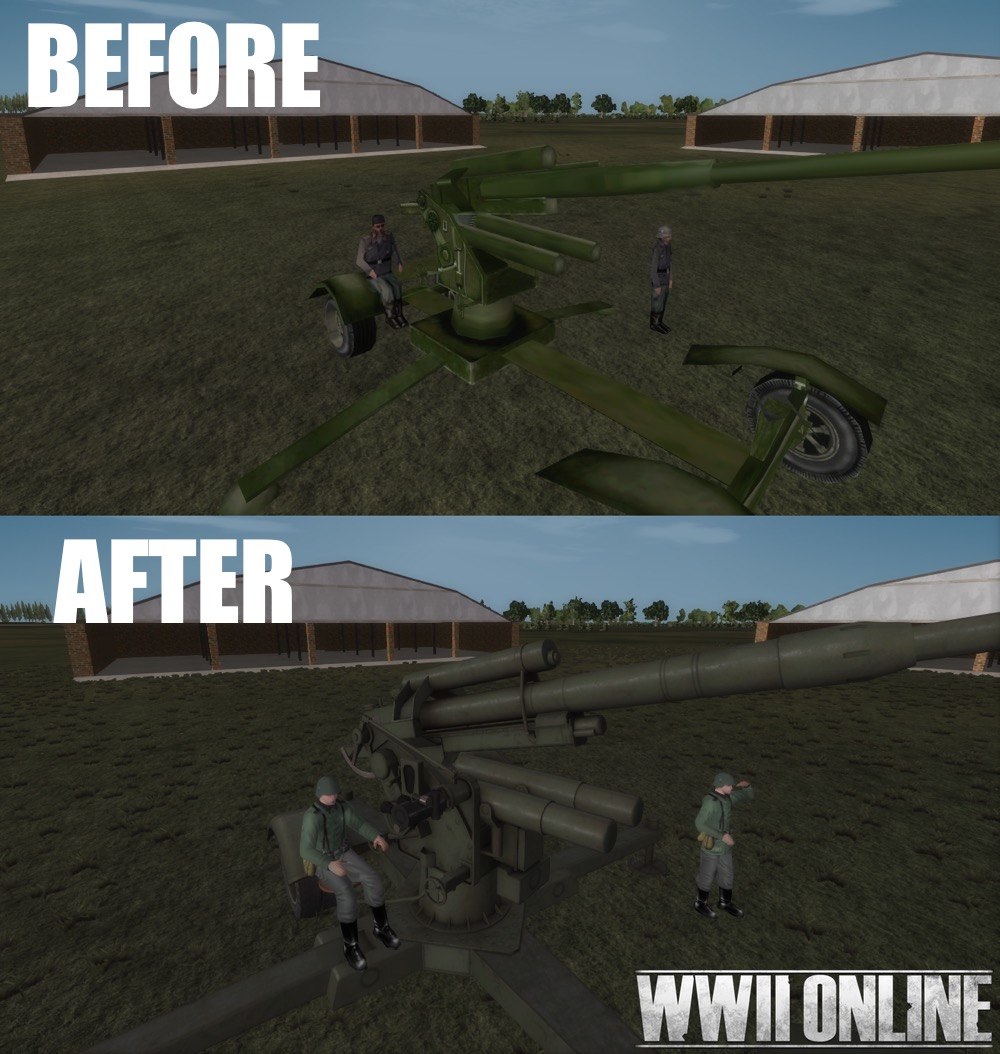 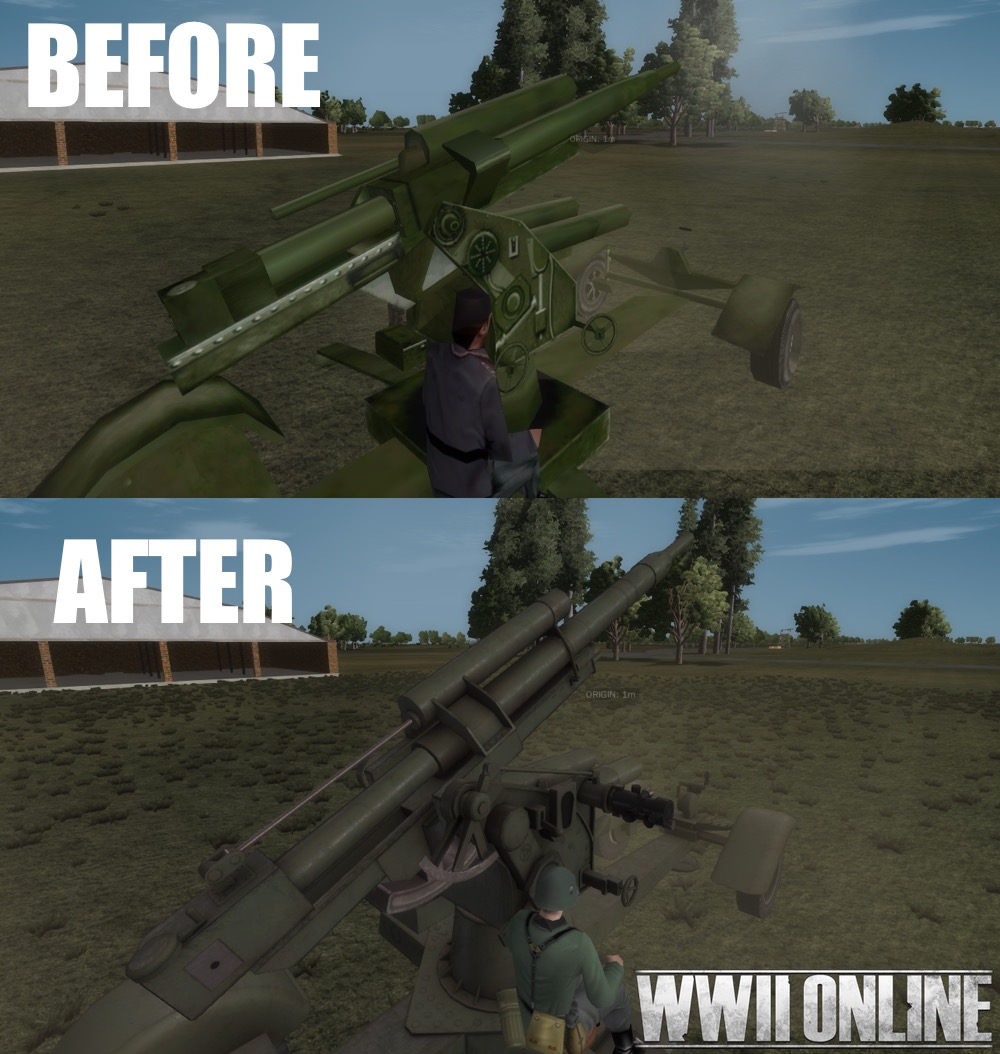 As you can witness with the 88mm crew members from the BEFORE & AFTER fixes the crew members are being updated. We are currently experimenting with bringing those crewmen up a notch even further using the latest character models we have. An investigation and test phase is underway to see how we can achieve that while maintaining performance for clients. It may seem like not a big deal but remember all of the things you're currently rendering, those large scale challenges are still relevant.

Meanwhile some really old crew members are being updated and are in the can for deployment, which include:

We've been cleaning up several old crew members and we're going to continue to do so. This will include creating some new character art, particularly for pilots, naval crewman, tank commanders and everything in between.

A quick mention and tip of the hat to Scotsman and HATCH for the insane amount of energy they're putting into getting you guys the most realistic / historically accurate data for how weapons should be performing. Most of the data work is completed here and we're pushing to get this going and out for QA testing as quickly as we can. This will dramatically impact how bombs explode, including the type of fragmentation they throw and the affects it has on opposing vehicles. Kenetic Energy are non-explosive projectiles covering all round types, ranging from the Armored Piercing (AP) rounds from your tanks all the way down to the small arms weapons like rifles and hand guns.

We've had more than 45,000 folks sign up for accounts in only 17 days on Steam. That is a pretty amazing achievement! Population levels remain substantially higher than we have seen in years, routinely around the clock. We're very happy to report this progress and these production items coming (more not listed here) are intended to help bolster that success even further.

Major thanks to all of the veterans investing the energy to support us, stand up to those who are quickly criticizing our awesome game and make sure the new users get the most welcoming and "arms wide open" experience I have personally witnessed. You are all doing FANTASTIC, keep it up and don't stop offering the help to the new guys that you're doing so well!

The Steam users have asked us to make it more clear for folks what your subscription goes towards here at WWII Online, let me help give you an idea and why you should subscribe:

For Steam users, go to our main store page and select a DLC, at: Wwiionline.com

So wait, that free promotion we got the other day wasn't actually free? So after the 30 days are up we have to pay?