Monthly dev update for King under the Mountain, a simulaiton-based strategy game inspired by Dwarf Fortress, The Settlers, Dungeon Keeper and Prison Architect.

Posted by RocketJumpTechnology on Nov 28th, 2016

Hey everyone, good news and bad news this month, though nothing *too* bad fortunately.

I'll start with the good news - Anthony Avon (the concept artist for King under the Mountain) has finished the second major piece of concept art, this time depicting a dwarven settlement in one of the massive caverns that make up the underground sections of the world. Although this concept mostly focuses on dwarven structures and underground flora (like the giant mushrooms), you may notice a small party discovering the settlement on the left side of the image. This both introduces orcs as one of the other playable races and the concept of dispatching small teams of heroes or champions to go on an adventure to other player's creations. These adventures can be thought of as classic RPG-style dungeon crawls through player-generated content that will make up one of the major gameplay goals of King under the Mountain, so watch out for more info on this in the future!

The crazy resolution of this image allows for relatively small areas to be used as separate concepts, such as this concept of a dwarven magic refinery: 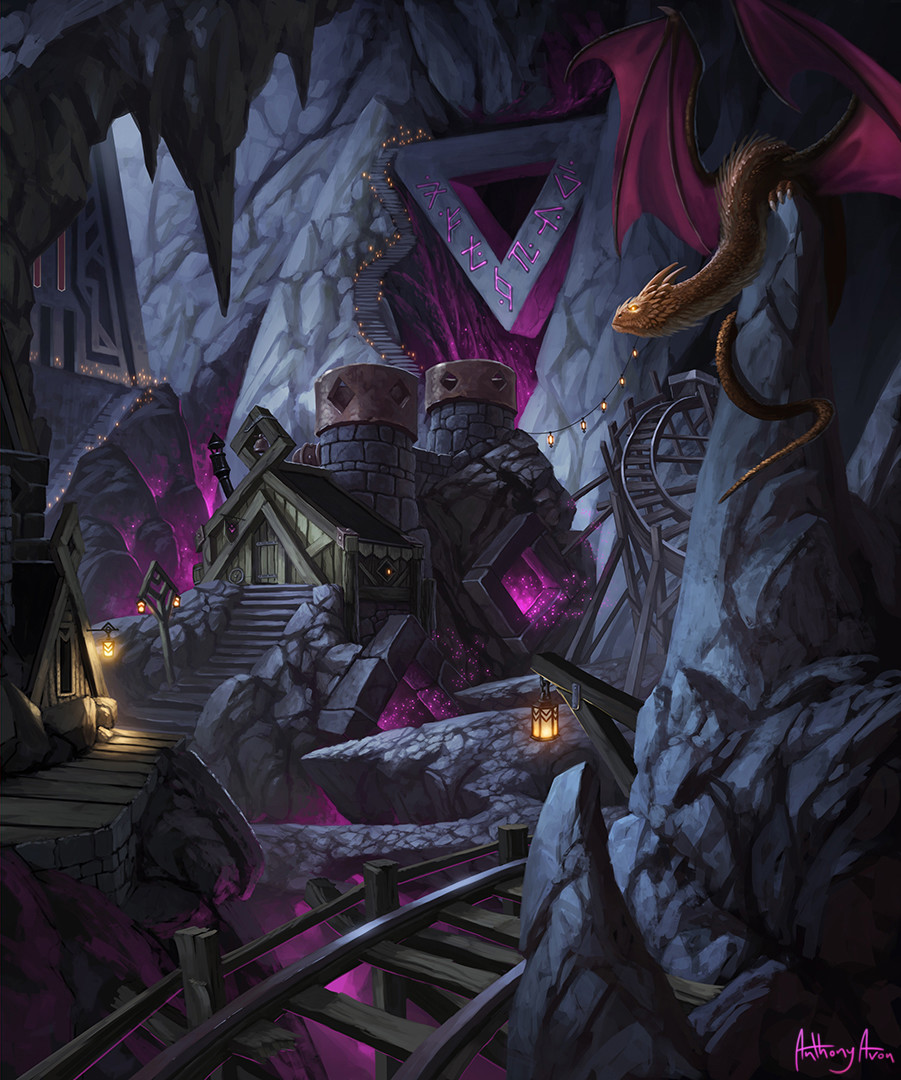 Check out Anthony's concept of an orc in this world for a sneak peek of what might be next :) 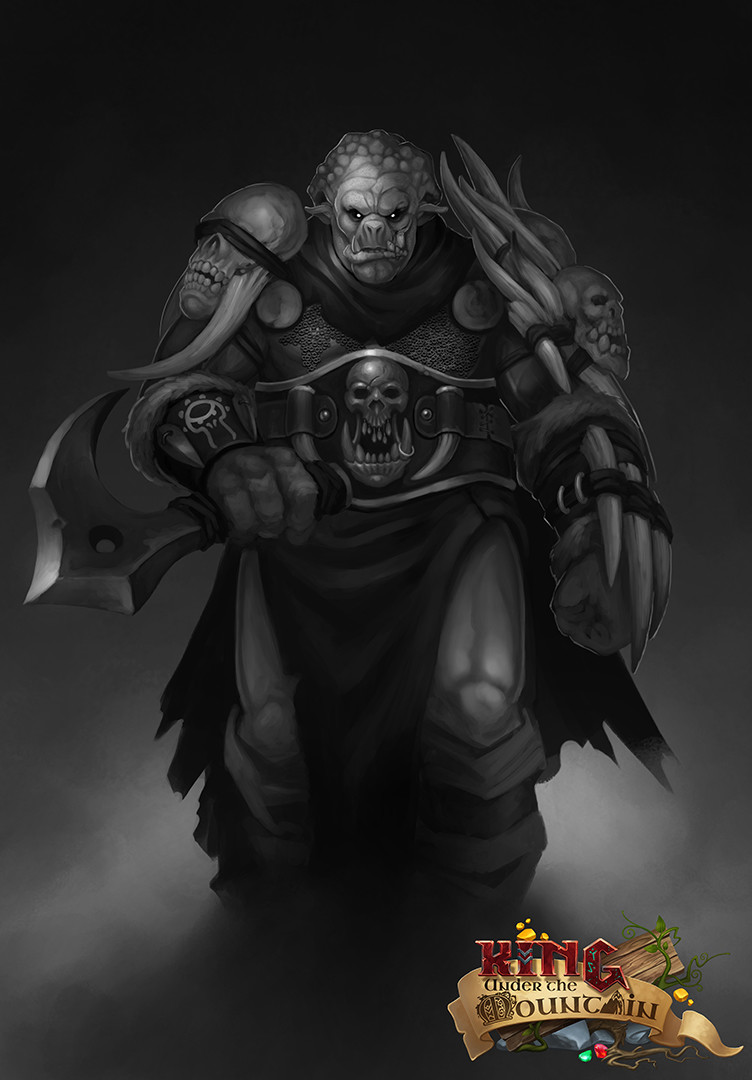 There's more good news in that the extremely talented Jordan Chin has composed and produced his first track for King under the Mountain, hopefully with more to follow! You may recognise Jordan's work from his contributions to the Materia Collective such as MATERIA: Final Fantasy VII Remixed which I'm a big fan of, and it's a delight to have Jordan contributing his talents to the game! Start Anew is intended as a piece of background music to be played while the player is peacefully building up their settlement. Let us know what you think in the comments!

The bad news is that Dave Rigley, the animator and artist responsible for the in-game character sprites (and upcoming resources) has had to pull out of the project due to personal commitments. Here's a preview of some of the resources that will be appearing in-game soon thanks to Dave's efforts.

We're in the process of looking for a replacement sprite artist and it looks like we're close to finding the right replacement. If you're interested, we're initially looking for someone to translate Anthony's dwarven character concepts into the in-game style, such as the following: 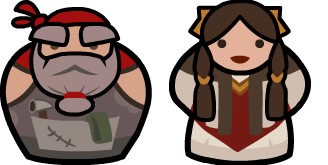 Along with the fact that development has been a little slow in November, it means the existing prototype release timeline has had to slip a little. It's unfortunate, but better to wait a little longer for the right vision of the game, rather than a rushed release to meet an arbitrary deadline. This means we're now aiming at February for the first playable prototype of the game, with a view to launching on Kickstarter around April - May. If you haven't already, it would mean a lot to us if you sign up to our Kickstarter notification list and we'll let you know the moment we go live. We'll only email you once from this email list - we all hate spam as much as you do! That being said, signing up to be notified in this way means we'll have the momentum we'll need to make a success out of Kickstarter, and ultimately, the game itself. So if you want to get your hands on the game you know what to do!

In terms of development updates, I'm working on having the dwarves carry around resources such as stone and logs. This will unlock the ability to haul items such as these to workshops for processing into other resources, forming the basics of the economy and production chain. Hopefully I'll have more to share on this topic in the near future, including an example of how easy it will be to mod your own assets and resources into the game. Modding is a key "pillar" in the design of King under the Mountain and its important to get these basic systems correct before adding the polish and more complex systems that will make up the game proper.

Also, for a bit of a behind-the-scenes look at the design process, I've put together a short document describing how the initial setup and gameplay might play out that you can read here. Let us know in the comments if you've anything to add or any questions!

All this concept art is amazing!

I've probably logged more hours in DF than any other game, so definitely going to keep tabs on this.

Fantastic, thanks for your interest! I'm confident the next update will have more in-game art to show off in terms of translating the concepts into how they'll look in game, so stay tuned :)