A brief post about how finite resources in the game.

One of the most important core game mechanics in Hevn is the notion of "finite resources". This does not necessarily translate to "resource management", however how the player takes advantage (or does not take advantage) of resources will affect the outcome of the game. It is completely up to the player. With that said, what exactly does "finite resources" mean in the context of the game? Let's take a closer look.

There are three major resources in the game: power, water, and food. There are other minor resources, however these three are required for the game world to function and are probably most critical to player survival. How it works is pretty simple. Basically when the game begins, each of these resources are initialized to a set value. As the game progresses, things in the game will consume resources just as the player might. For example, all machinery, lights, and electronic devices will require power either through a direct connection or via local batteries. Every critter in the game will consume food resources. Every faucet and mineral processing machine will consume water as well. 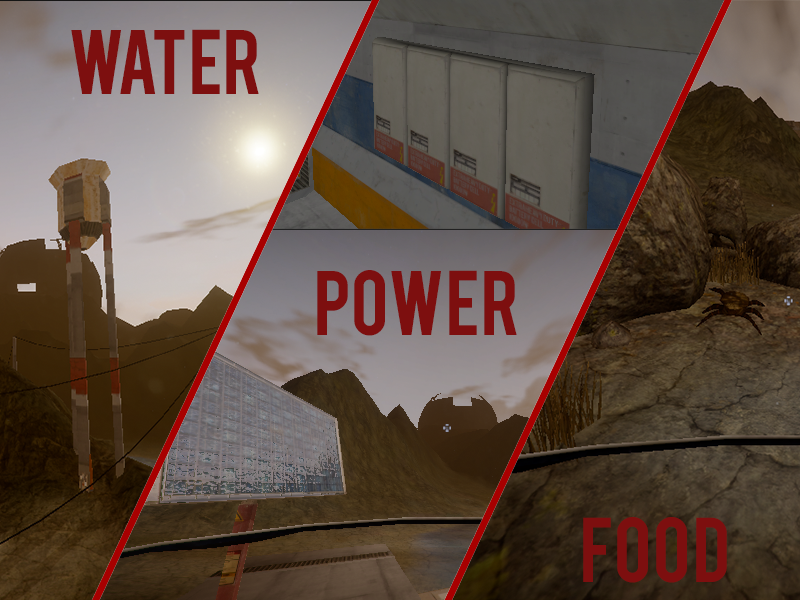 Because the state of the game world is such that resources cannot be replenished (at least in obvious ways), the player can directly affect how long each resource lasts. But it's worth keeping in mind that modifying the world in a way to improve the situation for one resource might also adversely affect the situation for another one.

As in real life, water is a precious resource in the game. There are no natural clean water reservoirs in the game, so clean water is usually brought it and stored in water towers or water units. Normally, each tower is replenished from other facilities by way of cargo ships. However when the game starts, there is no assurance that a water tower will be replenished. Combine this with the fact that water is constantly used to process minerals as well as for drinking, cleaning, etc and it's clear that this resource may need to be tracked more than others. 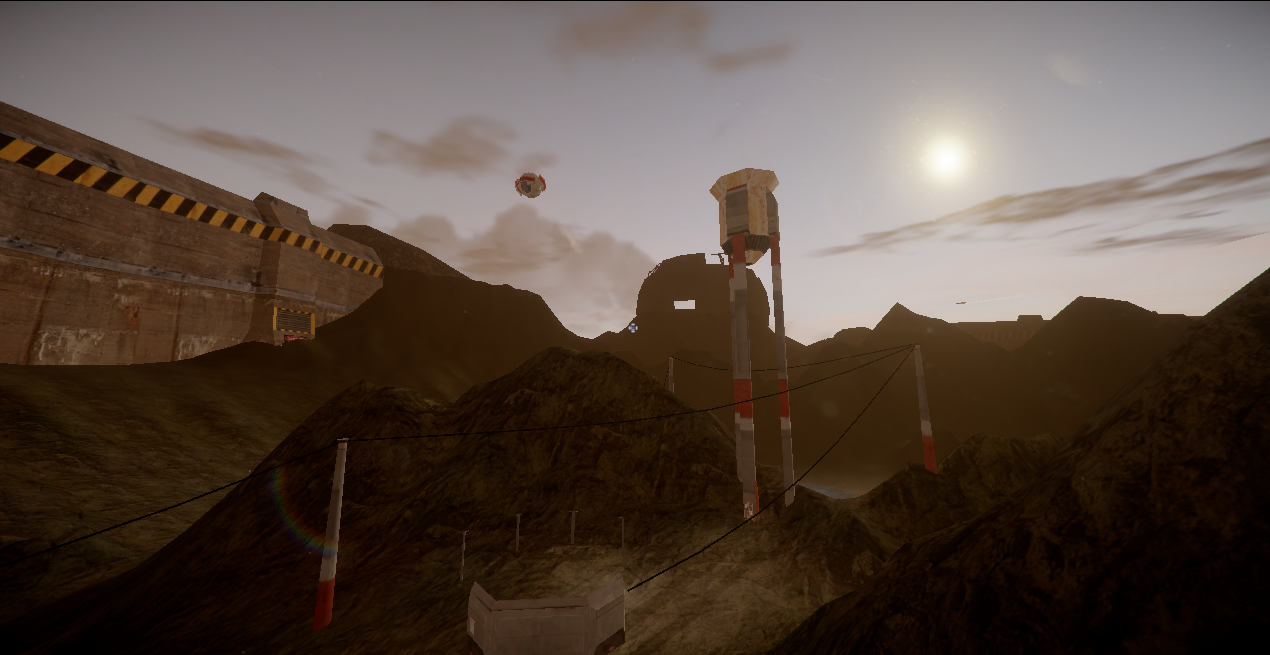 On a side note, there is some amount of water deep underground however it's not pure. Research into harnessing that water into something useable is ongoing. 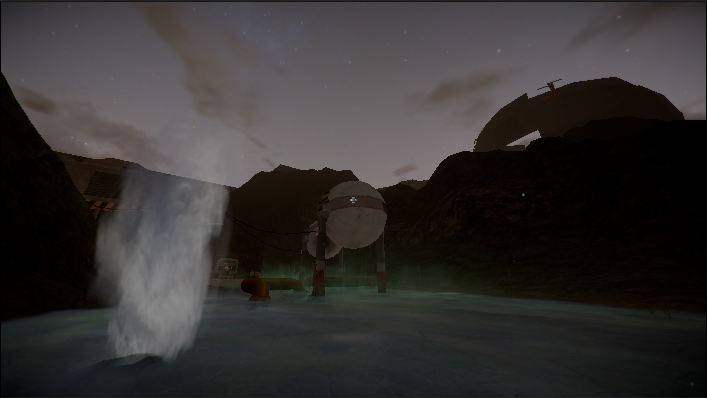 In theory, power is the one resource that could be infinitely generated. How is this so? Solar energy. In the game, solar panels are used to harness the power from the nearest star/sun. As long as these panels are functional, power can be generated during the day for pretty much forever. But there are a few things that happen to prevent or balance this naturally. All energy is stored in large battery cells that store a fixed amount of power. As long as these batteries have some amount of power in them, everything in the game should work fine. If a battery unit is emptied, everything that is connected to it will automatically stop working. Note that during the night, all power is drawn directly from battery cells.

If a "natural disaster event" occurs that happens to damage a panel or battery cell, power may need to be re-routed. Or machinery may need to be turned off (which may affect processing a minor resource in the form of minerals). Or nothing may need to be done depending on the decisions and circumstances. 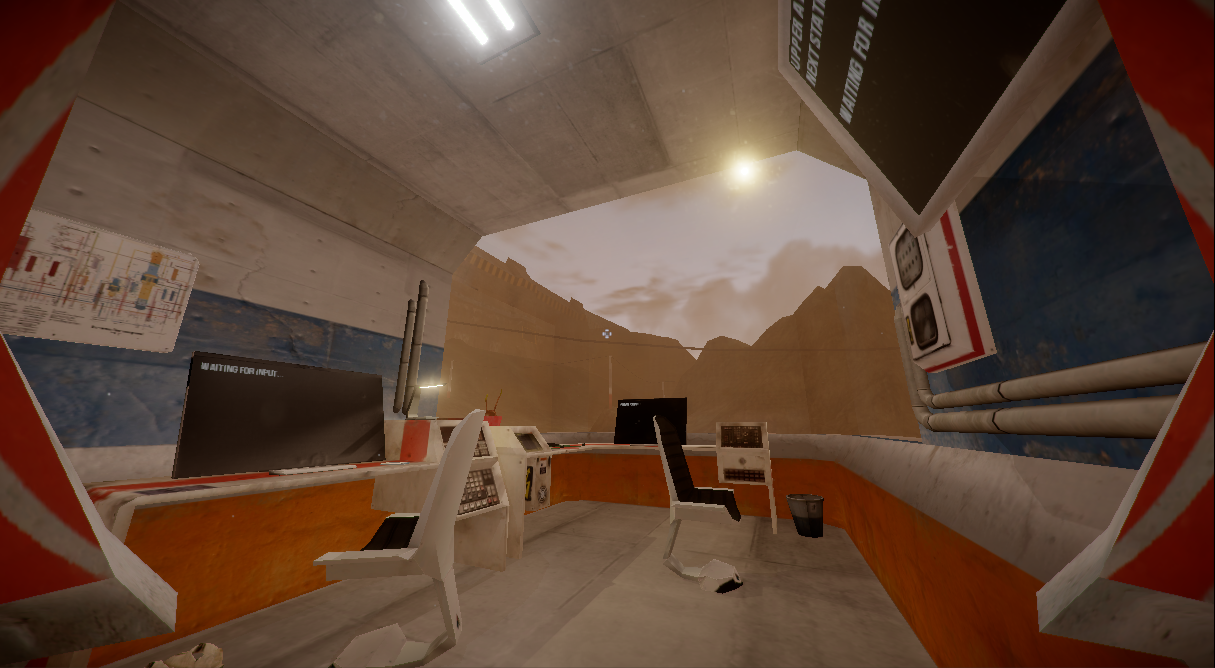 The last major resource is food. Food is manifested in a couple ways: plant life and processed packages. Even though the game world is mostly dry and rocky, there are some plants that have evolved to survive purely from moisture. These plants can mostly be found near shade and are the prime food resource for nearly all critters in the game. There are other plants that can also be consumed by the player, although some may have adverse side effects (unless cooked in some cases). But speaking of critters, they themselves can be a food resource to both the player and to other critters. Note though that there is a fixed number of critters in the game, so rushing out and consuming them or putting them in a position to consume each other may be a poor way to ration them.

For the player, there is another option for food and that is through packaged or processed foods provided by Goko Corp. or Nomoni Corp. These can be found in kitchens or where food is normally stored. Normally these supplies would be replenished on a schedule, but as it happens, there is no assurance the next shipment will arrive. 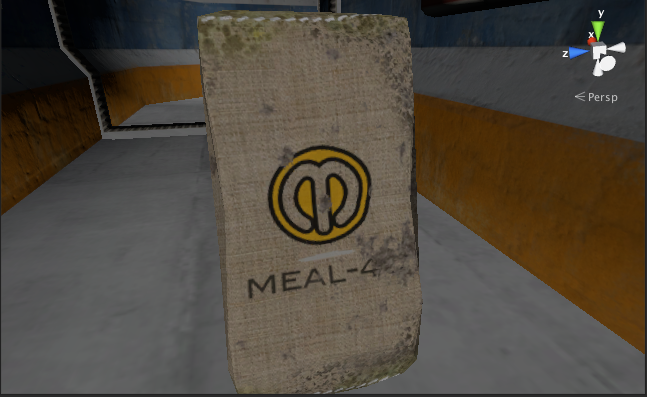 Creating a world that functions nearly independently of the player is a goal as it organically puts pressure on the player and the world itself. In some situations it can almost act as a natural motivator, and things can really get going once random natural events occur that modify resource levels. Hopefully this all translates into fun, immersive, and engaging gameplay!

Until next time, thanks again for reading.

Really love the idea and art style behind this game. I look forward to seeing you progress throughout the months!

Getting Hyped, i love a well-thoughtout indie survival experience.