Those keen-eyed followers of Not a Clone may have noticed that a new build has been released for both the iOS and Android full-releases, as well as the demo releases on various web portals. What's new in these builds?

Those keen-eyed followers of Not a Clone may have noticed that a new build has been released for both the iOS and Android full-releases, as well as the demo releases on various web portals. What's new in these builds? Let's start with the changes in the full release.

Due to many requests, Not a Clone now supports iOS 9. We confess that the only reason iOS 10 was the only supported OS on release of the game was due to the fact that we haven't tested the game thoroughly on older devices. It would be really embarrassing for us to release a game that hardly runs on your device, so we took the cautious route. Fortunately, we have recently confirmed that the game runs smoothly on iPad 2 and iPhone 4S, so we marked the game to support iOS 9!

For Android, the animated start screen is back! That's right, this goofy title animation can be experienced in its full glory:

For both platforms, we updated the description of the Extra Life upgrade to have two possible entries. Here's the original, which is still in the game: 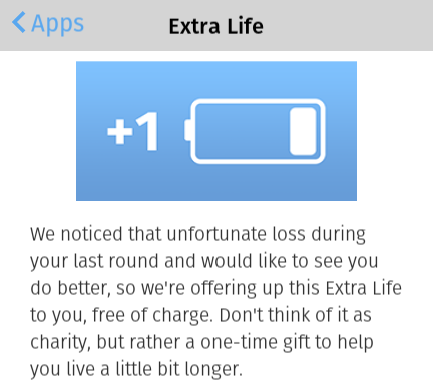 And here's the new description: 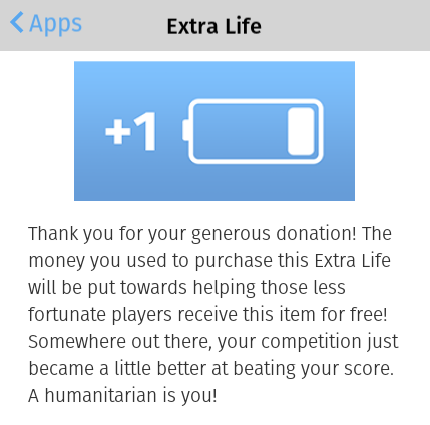 Why have two descriptions for a single upgrade? As it turns out, Not a Clone has some adoptive difficulty modifications: the first upgrade you earn from the tutorial actually changes depending on your score. For most people, they'll earn the Extra Life upgrade for free; for better skilled people, however, their first upgrade will be Blinged-Out Case. For the latter crowd, Extra Life does make an appearance on the shop later...but not as a free upgrade. Thus, the original description wouldn't work for these audience.

For the demo, we've basically updated the code base to match the release version of Not a Clone. Additionally, the Coming Soon dialog has now changed to Available Now, since the game is obviously released.

As mentioned in the Post-Mortem this week, we do have a ton of free updates planned for this game. For the first major update, which we estimate to be released during the holiday seasons, are more achievements. Some of them will reward prizes for achieving them, too! We're also planning on adding more microgames, including a few that will be unlocked by default. There will be more upgrades, of course, and a few convenience options will be added in, such as low-power mode. So we hope you look forward to those new changes.

If you haven't seen it already, here's the past recording available on Twitch:

Watch live video from on www.twitch.tv

Not a Clone Puzzle
Related Engines