After a year long pause I've got back into improving NBA. In Beta 2 the biggest bugs are fixed, game balance is improved and there will be a whole new map to play in.

First of all I want to apologize for the lack of updates in over a year, I served 12 months for my country in the Finnish Defence Forces. I had basically done zero work for NBA during this time.

This news post is about the upcoming Beta 2 release of 'No Bugs Allowed' and the following features it will contain.

I've created a 2nd map to play in for NBA that I'm calling the cargo bay. It's set inside a cargo bay of a ship infested with the bugs you've grown to love so much. The map is small and quite challenging. Because of this reason, I made it possible for mappers to flag a map as hard and thus give the player $100 in the start instead of $50. This is done my just adding an entity with a class "info_hard" into the map. I'm probably going to further improve it later to make the mapper able to decide the starting money and wave for crazy maps.

Pictures of the cargo bay: 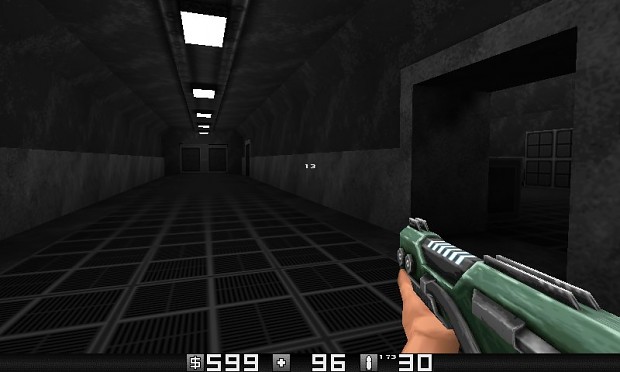 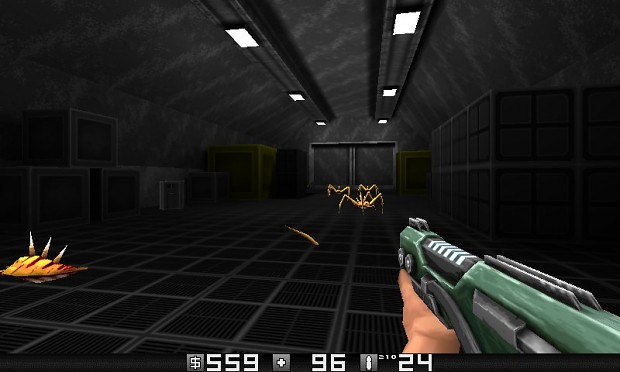 I've tweaked how some weapons work, sound and feel. Grenade Launcher is actually worth using now, no more slow and bouncy projectiles that have a weak explosion. Weapons have reload sounds (currently all weapons use the same sounds). I implemented view kick which works great and makes SMG and AR feel a lot better.

This should be a given, no more falling through the ground, shop doesn't steal your money and you can actually heal yourself and buy ammo. Some bugs are still there and there's probably some that I don't even know about yet.

Multiplayer isn't fixed yet. I'm sorry for this.

Sounds awesome, admittedly I though you had gone for ever but its nice to know that its still being worked on :)

>No Bugs Allowed
>Some bugs are still there

Wait...I'm confused. Heh heh.
Good to see this one is still alive and kicking, keep it up. I want to see this get to a gold release one day.