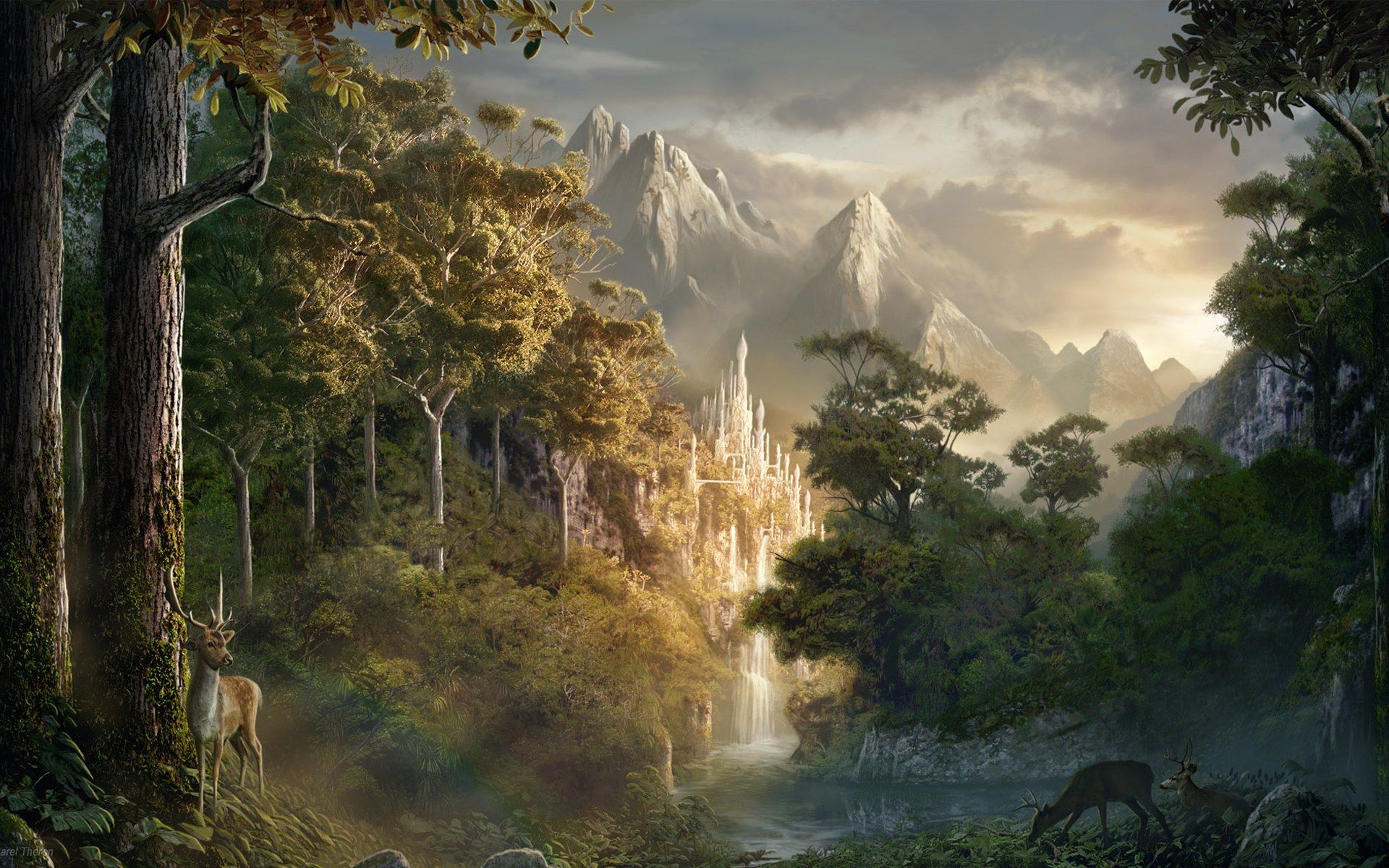 Númenor was the kingdom of the Dúnedain, located on an island in the Great Sea, between Middle-earth and Aman. The land was brought up from the sea as a gift to Men. It was also called Elenna ("Starwards") because the Dúnedain were led to it by the Star of Eärendil, and because the island was in the shape of a five-pointed star. The Dúnedain arrived at the island in the year S.A. 32, and the Drúedain refugees who dwelt at the Mouths of Sirion before the sinking of Beleriand were permitted to join them.

Elros son of Eärendil was the first King of Númenor, taking the name of Tar-Minyatur ("First King"). Under his rule, which took place between S.A. 32 and S.A. 442 and those of his descendants, Men rose to become a powerful race.

The Númenóreans were forbidden by the Valar from sailing so far westward that Númenor was no longer visible, for fear that they would come upon the Undying Lands, from which Men were barred. Over time the Númenóreans came to resent the Ban of the Valar and to rebel against their authority, seeking the everlasting life that they believed was begrudged them. They tried to compensate for this by going eastward and colonizing large parts of Middle-earth, first in a friendly way, beginning with Tar-Aldarion. The first ships sailed from Númenor to Middle-earth in the year 600.

The Númenóreans established several settlements in Middle-earth, such as Lond Daer. They contacted the indigenous people, teaching them several crafts, instructed them and helped free them from the Shadow. About SA 1200 they established permanent settlements like Pelargir and Umbar.

In 1700 Tar-Minastir sent a fleet to help Gil-galad and together they drove back Sauron, who had dominated almost all Eriador after the War of the Elves and Sauron. 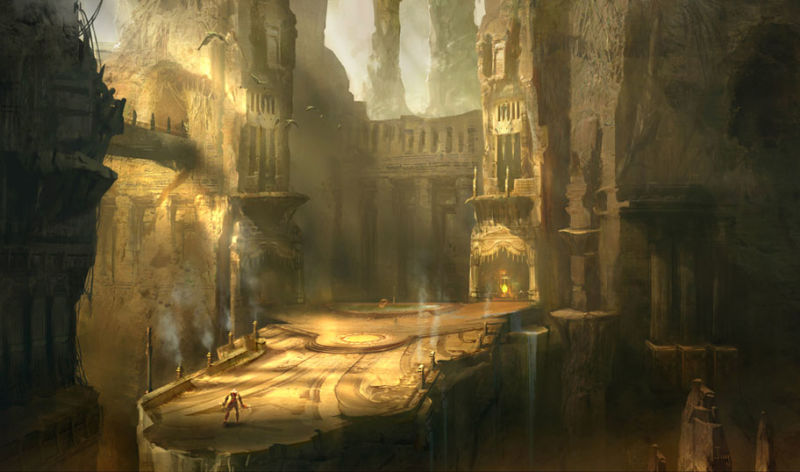 Soon the Númenóreans came to become proud and discontented, irritated by the Ban of the Valar. Starting to lose the meaning of the Gift of Men and envious of immortality, they longed for Eldamar which they saw only from a distance.

About 1800 they started to dominate the shores of Middle-earth and demand tribute from the lesser peoples which they had liberated and taught, and became a massive brutal maritime empire that had no rival. Fearing death, they tried to gain some immortality in riches and ornate tombs. Tar-Atanamir started to speak openly against the Valar.

In 2280 Umbar was strengthened with increased numbers of colonists and from there they began to dominate Harad. Even Sauron was afraid of them and retreated from these lands.

A few of them, the Faithful, remained loyal to the Valar and friendly to the Elves. The Valar displayed warnings to the Men of Westernesse in the form of huge eagles, but they paid no heed to these manifestations. The Faithful were persecuted by the majority of the population, which they called King's Men, who decided to abandon the Elven customs and languages. Ar-Adûnakhôr took his regal name in Adûnaic and not in Quenya.

The Faithful remained in Andúnië and the Faithful Lords of Andúnië, because of their noble heritage still had some gravity in the meetings of nobles. However Ar-Gimilzôr in about 2950 forced them to remove to Rómenna and the haven was closed to the Elven visitors. Tar-Palantir briefly attempted to cast the Shadow back and reunite the people with the Elves and the Valar, but did not make it to be. He was succeeded by his nephew, a sea captain who warred against the coastal people.

That nephew was the twenty-fifth king, Ar-Pharazôn, who in the year 3255, he sailed to Middle-earth. Seeing the might of Númenor, Sauron submitted to the king's authority, and he was brought back to Númenor as a hostage. By that time, however, the Drúedain of Númenor had sensed a coming darkness and all of them had abandoned the island for Middle-earth. Sauron soon became an adviser to the King as Tar-Mairon, and promised the Númenóreans eternal life if they worshiped Melkor. With Sauron as his advisor, Ar-Pharazôn had a 500-foot temple to Melkor erected, in which he offered human sacrifices to him.

During this time, the white tree Nimloth the Fair, whose fate was said to be tied to the line of kings, was chopped down and burned as a sacrifice to Melkor. Risking his life, Isildur rescued a fruit of the tree, preserving the ancient line of trees. 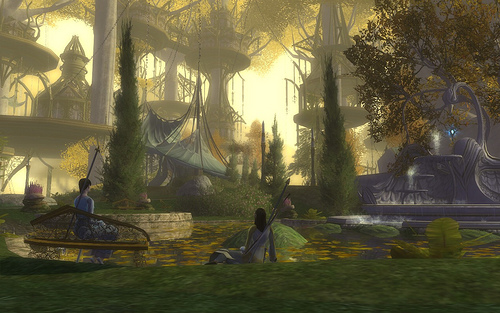 Prompted by Sauron and fearing death and old age, Ar-Pharazôn built a great armada and set sail into the west to make war upon the Valar and seize the Undying Lands. Sauron remained behind. In the year 3319, Ar-Pharazôn landed on Aman's shores and marched to the city of Valimar.

Fearing that the Númenorean army could wrack havoc in Valinor, but forbidden from killing or otherwise using force against Men, the Valar called upon Ilúvatar for assistance. He broke and changed the world, taking Aman and Tol Eressëa from the world forever, and changing the world's shape from flat to round. Númenor was covered by great waves and sank into the abyss, killing its inhabitants, including the body of Sauron; Sauron was robbed of his ability to assume fair and charming forms.

Elendil, son of the leader of the Faithful during the reign of Ar-Pharazôn, his sons and his followers had foreseen the disaster that was to befall Númenor, and they had set sail in nine ships before the island fell. They landed in Middle-earth, and gathered the Númenorian and indigenous peoples living there, uniting them under them, as the kingdoms of Arnor and Gondor.

After its fall Númenor was called Atalantë, meaning "the Downfallen", in the Quenya language. Other names after the Downfall include Mar-nu-Falmar ("Land under the Waves") and Akallabêth ("the Downfallen" in Adûnaic).

The story of the rise and downfall of Númenor is told in The Akallabêth.