There was alot going on in the last few weeks. So here is a short progress update for you.

The last few weeks I mainly worked on the dodecaLEDron Integration to be ready for the GDC in time. However I had some time left which I spent adding various new features to Nimbatus.

I've added a new type of drone parts to the game that can be charged for some time and released afterwards to trigger an effect. The first item of this type is the Jump Thruster. It can be charged and released to gain a short burst of thrust. Another item using this new mechanic is the Plasma Blaster, it simply shoots more plasma bullets the longer you charge it. Like every weapon module it can be combined with any ammunition type and has various upgrades. Here are some screenshots of the new parts in action: 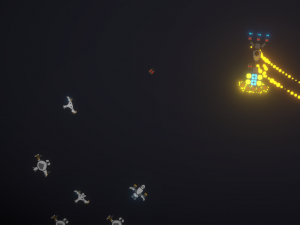 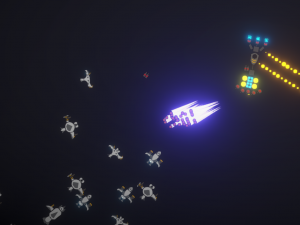 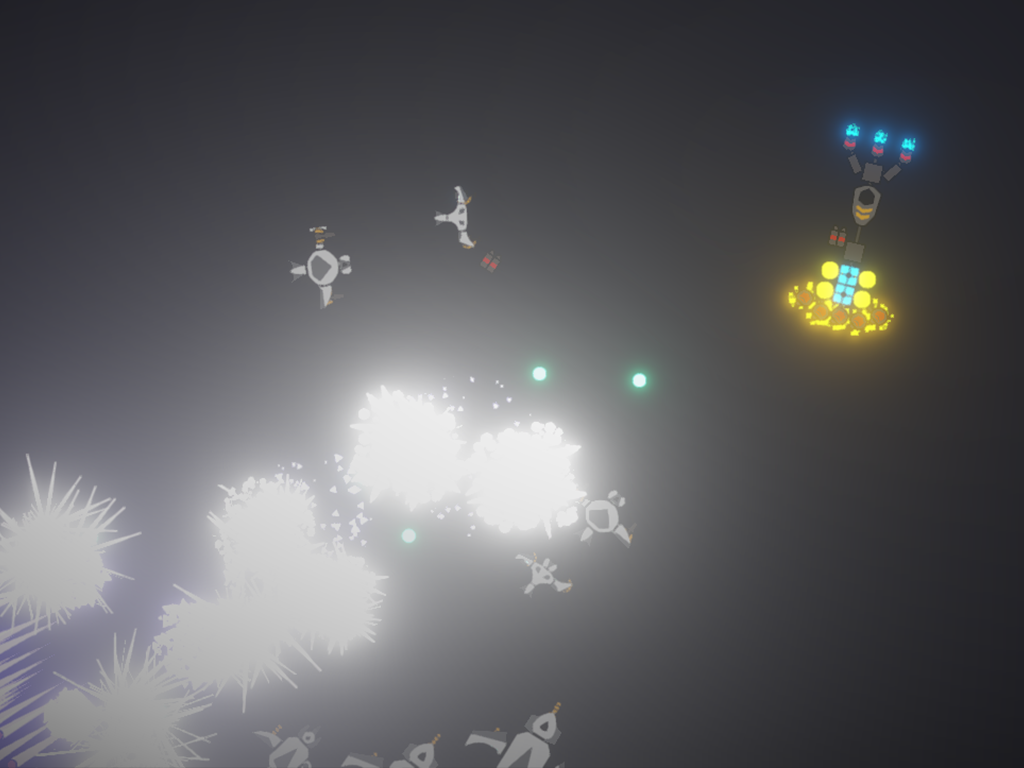 Until now the Bosses in Nimbatus were built out of one big part and had various weapons attached. However as soon as you've destroyed this main part the bossfight was over.
But now it's possible for me to design bosses that are built out of many different destroyable parts, each with an individual healthbar and movement patterns.

The first boss using this new feature is currently in development as you can see in the following screenshot: 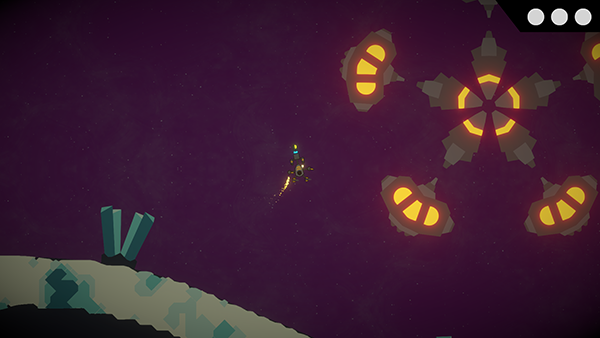 As you might've already known from my last post, I'm currently collaborating with Alan Zucconi with the goal to control Nimbatus using his dodecaLEDron controller. He will present his controller and my game at the Alt.Ctl.GDC in san francisco next week, so feel free to drop by and play the game :)

Here is a short gameplay video showing Alan controlling the thrusters and weapons of a drone using only his hand movements and the twelve sided dodecaLEDron controller.

If you like this project please vote for Nimbatus on Steam Greenlight!

Love the art style of the game. Looks pretty interesting too! Best of luck!