Welcome to the Night Lords Modification for Soulstorm!* 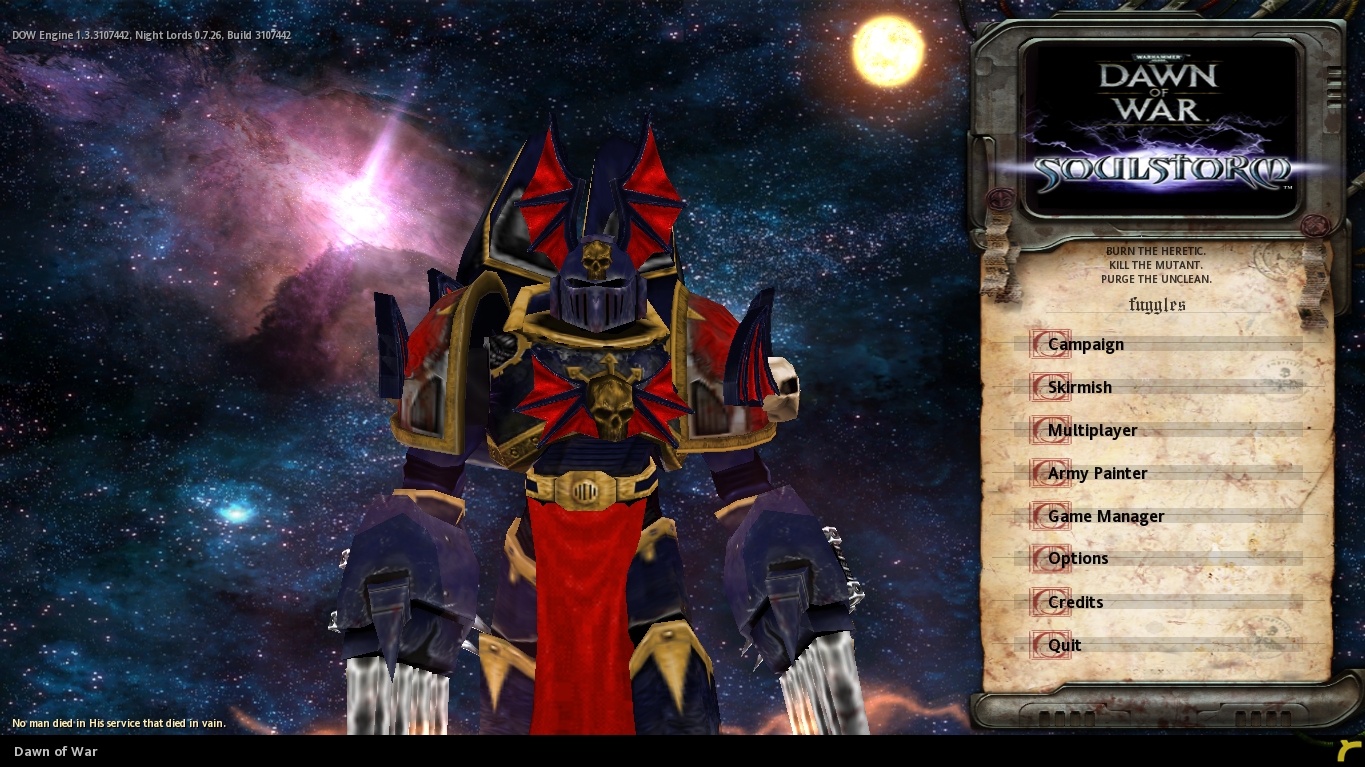 This mod appeared one day on the Team Thudmeiser developer forums, I believe mostly the work of Torzel with models from WarSmith and so knowing nothing about the Night Lords, I had to have a look. Night Lords are fascinating, but also an example of where Games Workshop makes cool lore that leads to lackluster TT adaption, their one great power being that if you for some reason set a match at night then your men can see better - woo!

Please note, that whilst this mod is not supported by it at this time, it requires the Objective Points Modification.

To play you must unzip the file straight into your Soulstorm directory and then from the main menu in-game, go to Game Manager and select Night Lords

At this time there are not custom voices and I am aware of no plans, this it just a fun bonus mod I had to polish up as I love that they are just Chaotic by virtue of being bad men, rather than daemon worshipers! They still use loyalist technology as for the most they follow standard Space Marine teachings, just do crazy stuff like shout into loudspeakers to burst eardrums and use a tonne of raptors and scare the stuffing out of people. I've tried to mix up variety from other races along with the limited lore I could find.

In terms of play style, this mod emphasizes stealth and ambush through use of cover modifiers, the likes of which DoW3 will likely never see, alas. Anyway, another race mod appeared at the same time on the developer network, so I'm off to work on that - probably the last one unless any more bonus mods appear. Thanks to you all for your support!

I'm now going to insert a picture of a floating grenade (possibly a large bee) followed by some brief lore. 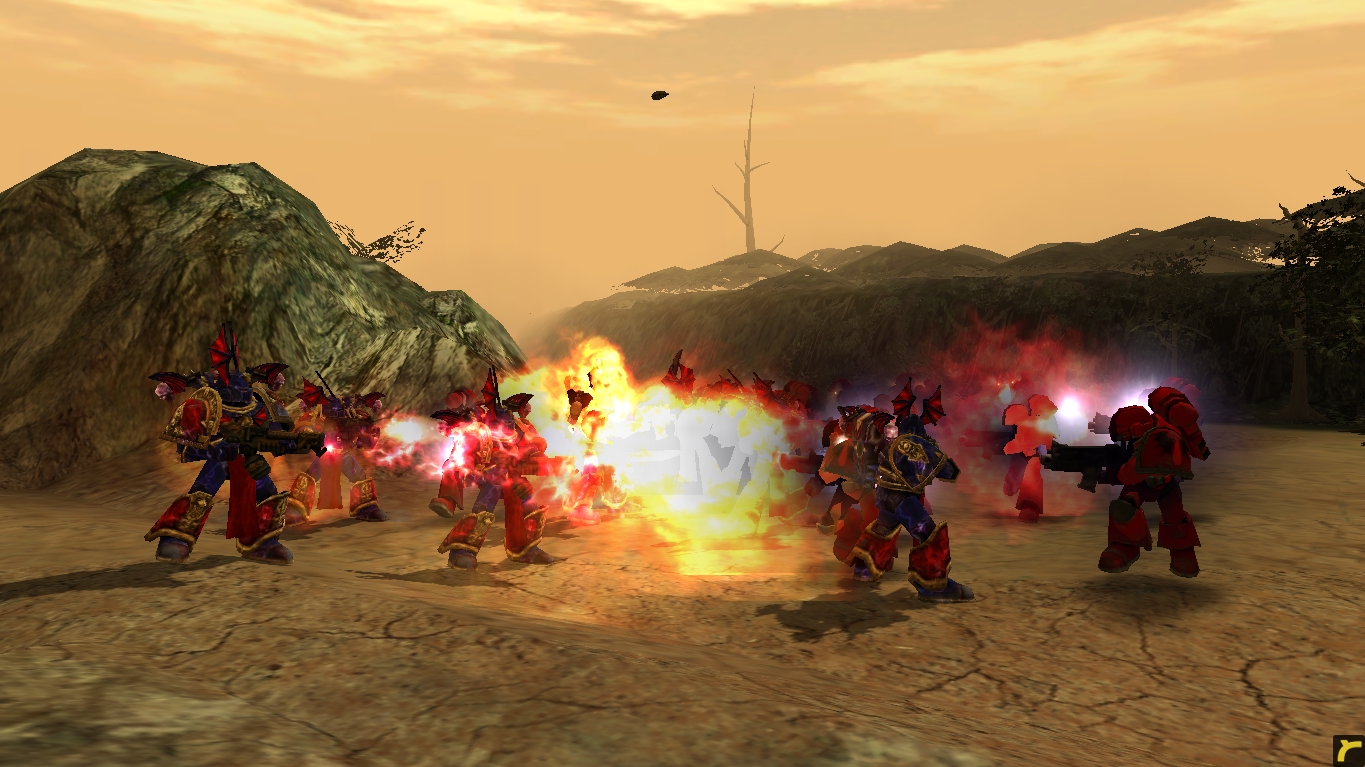 Hailing from the endlessly dark planet Nostromo, the Night Lords are Chaos space marines, almost by accident. The Primarch Conrad Kurze was tutored by Fulgrim, and from this experiences upon Nostromo in his self-appointed role as the Night Haunter, Kurze had instilled in himself the philosophy of terror, whereby he had inspired obedience to the law by fear of extreme punishment. This societal philosophy translated into the military tactics of swift, sudden and decisive strikes often carried out to excess, as well as making sure the enemy knew who had hit them. The Night Lords therefore developed a practice of regularly using excessive force to defeat their enemies, as well as publicizing these actions so that other potential transgressors would be well aware of what could happen to them should they break faith with the Imperium. Over time, the Night Lords became comprised of the words criminals from Nostromo, or even sometimes just stole children from other places who looked promising.

The others Primarchs became unhappy with Kurze, but before a trial could take place, Kurze fled, taking the chapter rogue and was later assassinated after the Horus Heresy began. Without his leadership the Night Lords fragmented, becoming raiders who use surprise, ambush and terror as their toys - no dirty trick was left unused, no quarter given, as time goes by their once current Astartes technology becomes less so, being cut off from the shop.

Whilst the largest warband is now lead by a Daemon Prince, overall they adhere to the Primarchs teachings and use Legion Astartes tactics.

* Yes, this is broadly similar to the file description, no that was not intended as yes, a toddler started whacking me with a book forcing me to admit defeat prior to this mod being authorised in a less polished form than I would have liked - That's what you get for playing the same game for over a decade!

Night Lords mod: We have come for you! Dawn of War
Related Games