Post news RSS Next step of The Masterplan: Metagame

Less than two weeks since the last patch, The Masterplan is updated again. The update takes the first steps towards the campaign and the metagame, and of course provides new features and content.

The Masterplan Early Access 6.0 is currently available on Steam, and sale on Humble.

In the Early Access 6.0 Update we add a new level, the Police Impound, and present the first draft of the metagame, or the campaign. The money unlock system is now gone, and in its stead we are introducing the 'Memo'-system. Thus, to unlock certain levels, players must first find clues to these levels - these clues come in the shape of memos, found during gameplay. 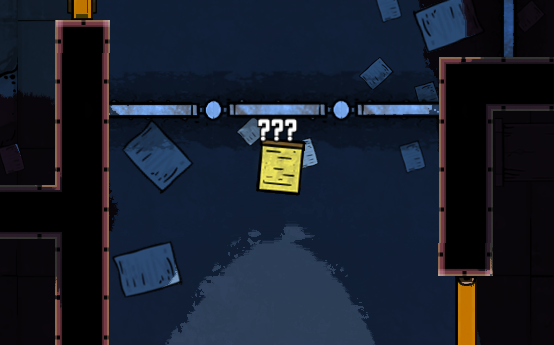 There's a mysterious memo. Just lying around. Shh, it's a secret to everybody!


We hope the memo system will allow us to link the missions together to form a coherent campaign, and to tell the story intuitively through the memos and mission briefs. We may also be able to use the same, or a similar system to place collectables or novelty items in the levels at a later point. 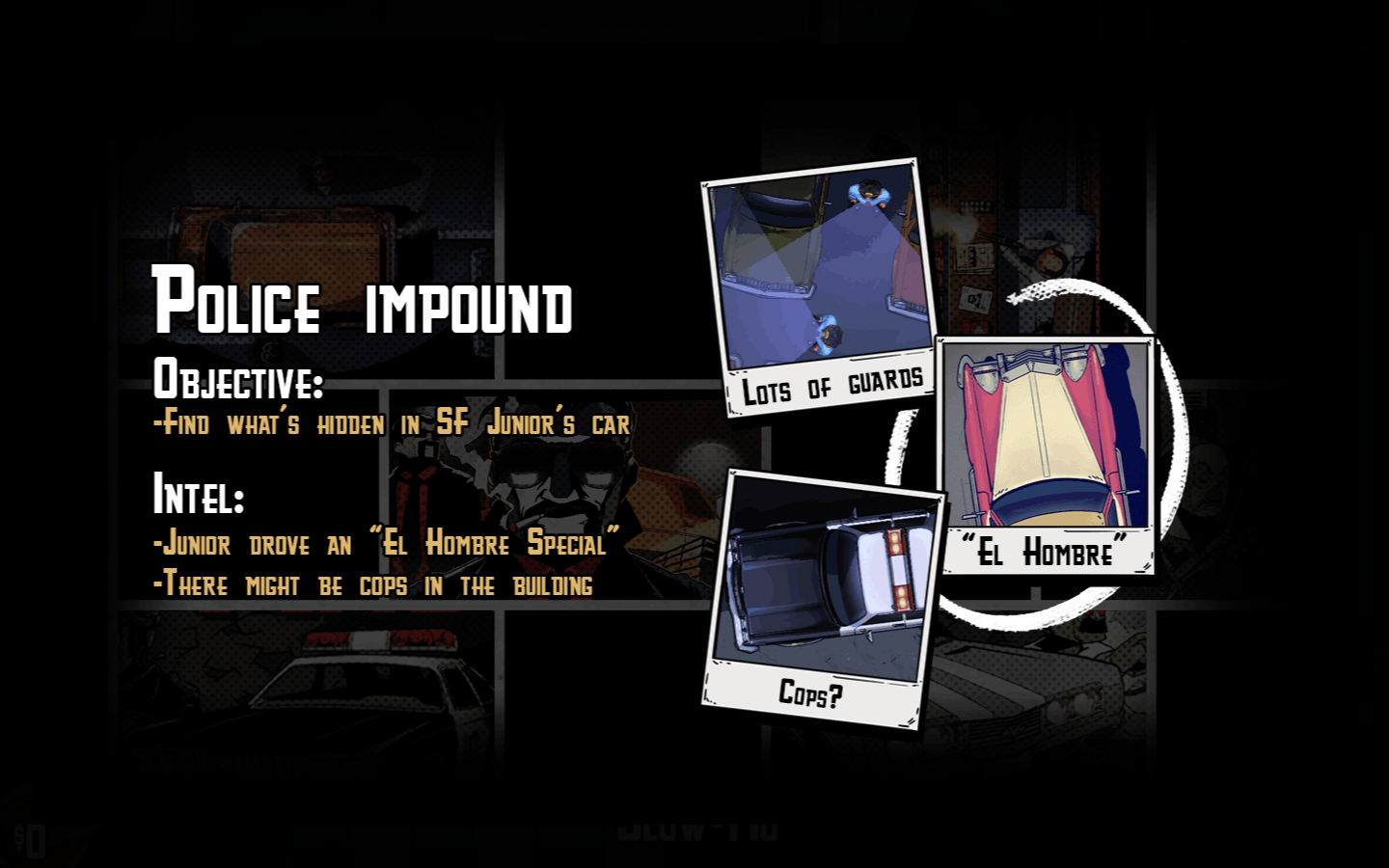 The new level for 6.0 is the Police Impound, where the goons are trying to enter the guarded area, locate the specific car, and grab the loot from the trunk. This level is strongly tied to the new memo system; goons find a clue about the big score waiting at the impound during a previous heist. 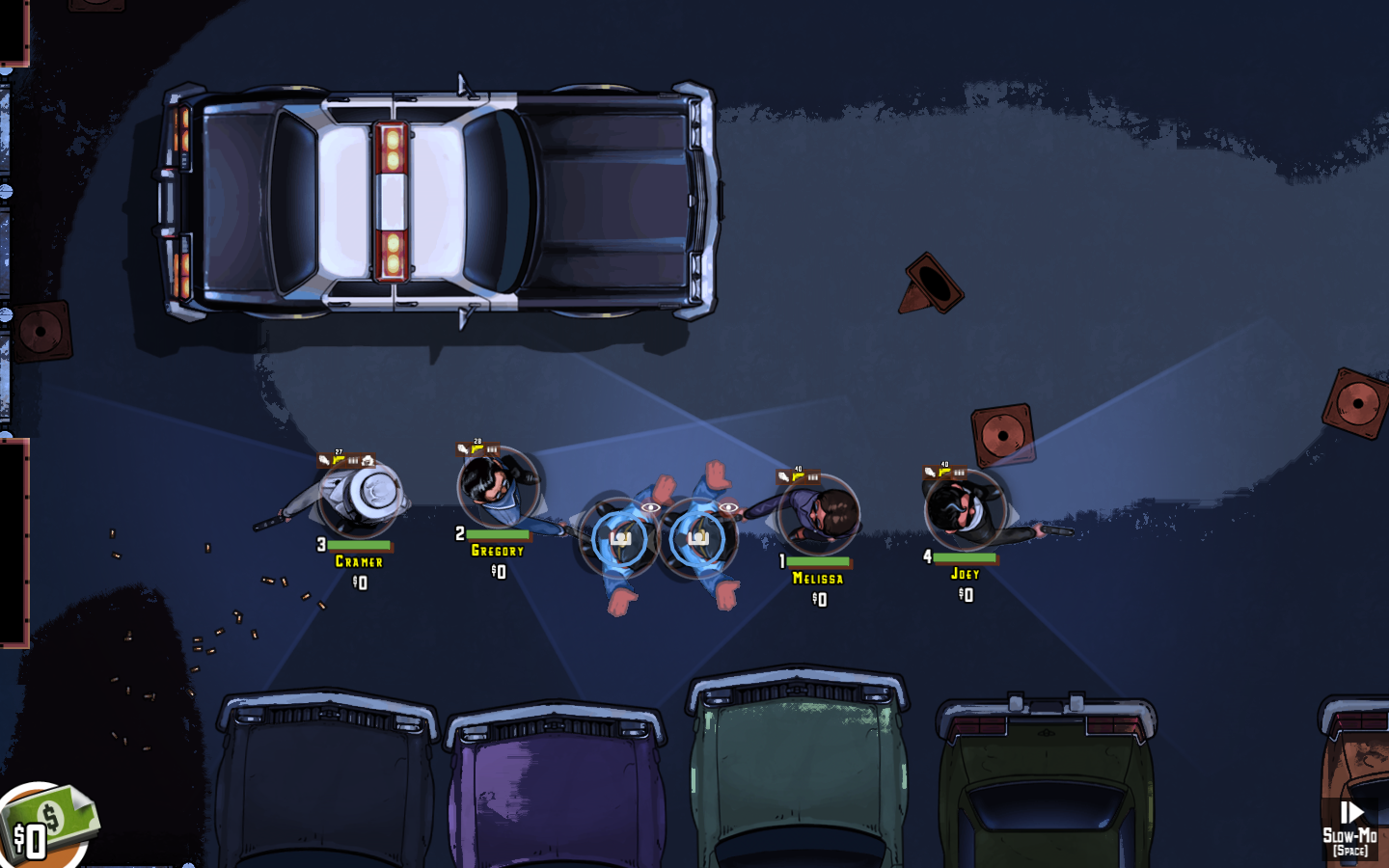 Nobody move! We've got this under control! 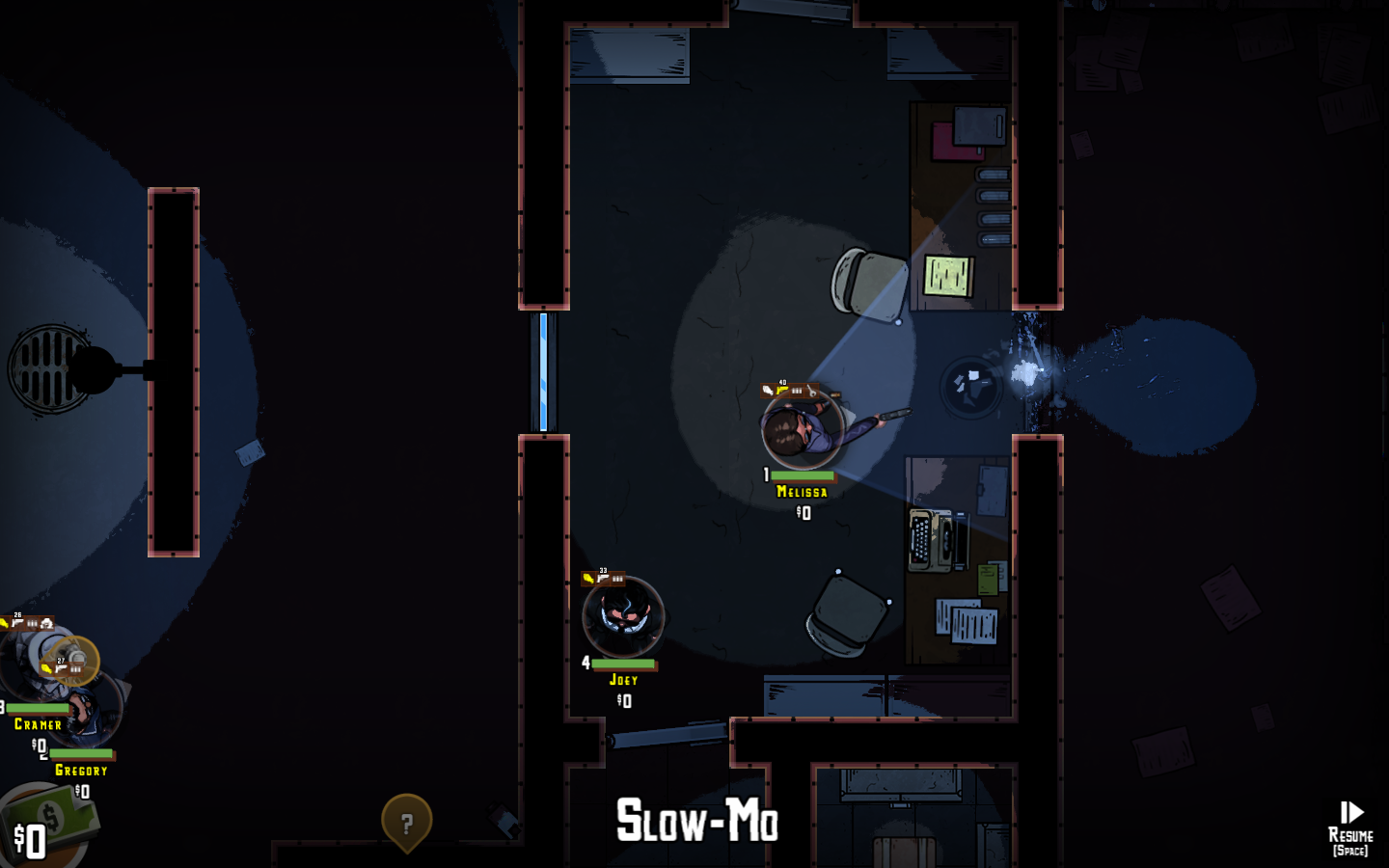 Of course, we also made some bug fixes:

Few Words About the Design Philosophy
We aim to keep the pace of updates quick, adding something to the game every few weeks or so. While we have the big picture more or less planned out, each update is only focused in when it gets done. This lets us be very flexible with the development and design, potentially revamping or fleshing out systems far down the road. If you're interested in the game, or it's development, join us on the Steam forums where we frequently discuss design.

We didn't have it under control...