Hi everybody here for a new… review!

The very first version used the input system (very basic) provided by the Unit.
We had some problems when we used several controllers …
We made several tests and we finally arrived at this 4th version which was realized by us.

It allows, among other things:

This new version has also allowed us to standardize quite a few things and the addition of controllers “Keyboard / Mouse” should soon arrive!

We decided to add a key system. They will appear by destroying some containers or by opening a door or chest for the first time. (It is the same system of spawn that the hearts)
Players will have to walk on them to pick them up but be careful they can only wear one at a time!

It’s up to you to make the right choice!

We added a pressure plate system to encourage players to cooperate momentarily during the game. These plates exist in 4 versions that can be used by 1 to 4 players. If the required number of players is reached, the runes on the plate will light up and become more and more luminous until the reward is triggered: a rain of gold!
They will then be extinguished. 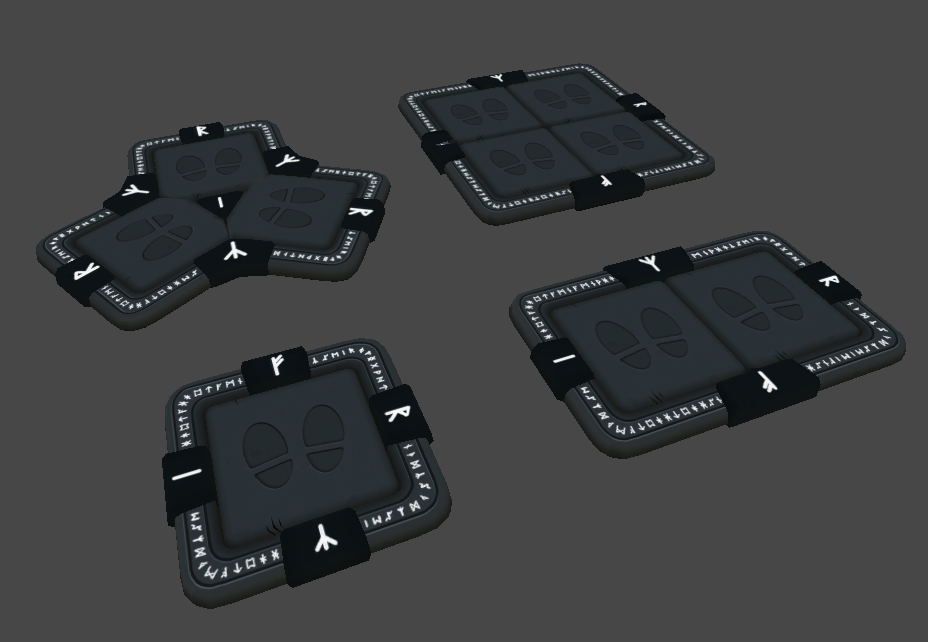 Ps: Currently all the gold appear at once but we plan to spread it over a short time to have more fun !

We will probably publish a new Build Editor of the game in the coming days.