Information about 6 new vehicle that wasn't mentioned in the last news. It should be exciting!

It's getting chilly day by day everywhere in Japan. How is your country?

I'd like to introduce the vehicles that was not mentioned in the previous news.
There are 6 of them. 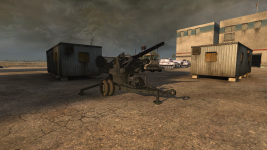 Here's a tractor type anti-air asset (AAA) that would be located in the maps.
VADS is an anti aircraft gun system invented in the U.S. It uses M61 6-barrel gatling cannon.
This fixed AAA will provide an extreme effectiveness upon attacking on aircrafts.
M167 would be used by the U.S. and the UN. 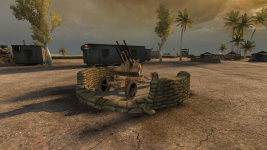 Here's another tractor type AAA that would be used by eastern countries.
ZPU-4 was manufactured in USSR right after the WWII. It's 4-barrel, manned asset.
ZPU-4 would be used by MEC and CHPLA(China). 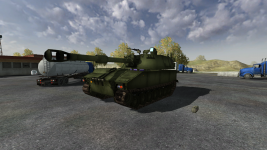 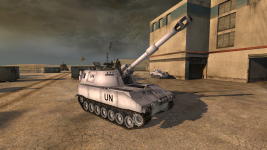 M109 is a self-propelled gun manufactured by the U.S. Army.
This vehicle has one 155mm howitzer that can be rotated.
M109 is a common indirect-fire support vehicle in the Western countries.
This would be used by the U.S. military and the UN PKO force in the game. 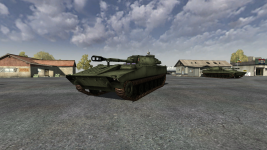 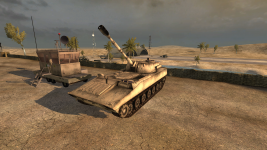 Gvozdika is a mobile gun that was invented by USSR during the 60's.
It has 122 mm gun on its body. Due to the gun that is smaller than that of M109, it provides the next shot a little faster than M109.
2S1 is imported to many of the Middle Eastern countries, and also manufactured in Poland and Bulgaria.
This would be used by MEC and CHPLA forces. 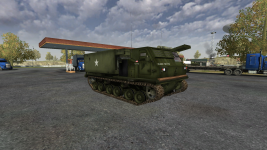 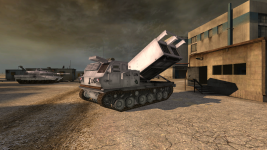 M270 is a U.S. army self-propelled rocket artillery of the U.S. Army.
It provides an effective wide range attack on designated coordinates with its multiple rockets.
This would be used by the U.S. and the UN forces. 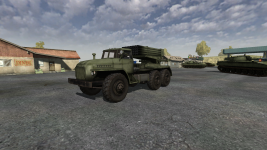 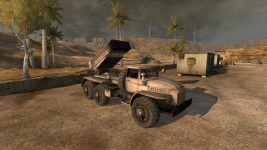 BM-21 Grad is a Soviet mobile rocket artillery that is usually mounted on a truck or other large vehicles.
This is the most used rocket artillery system all over the world.
Just like M270, it would provide an wide range attack.
This would be used by MEC and CHPLA forces.

Special thanks to USI team upon using all these vehicles!
Also, the newly modified skins of mobile artillery vehicles are created by SuzukiWYS, who diligently cooperates with us. Special thanks to him!


The release of v0.32 is getting closer. Even I (as a member) can't wait for the official version of v0.32!
The next news would also be released around the New Year's Day, so it would be late Christmas Gift for you guys.

is people still playing Battlefield 2 and this mod and other ones?

Yeah people still play BF 2. But Punkbuster is stupid and I forgot my Password in BF2 and i can't click simply on forgot Password? that don't exist. now i have a game i can't play.

oh i use the seam password over and over again so i think i can't forgot my password bat is still many people playing it? Or like normal count or like Counter-Strike count well it is one of most played games in world i just asking how much players is playing cous im thinking to get BF2 complete pack