Whats new as of August 2010 on ADR for UDK? Whose still on the team and doing what; and will the ADR fans ever see a new gameplay video????

Hi folks, what is the reason for my lack of post updates? I've been lazy leaving it to the others like Xaklse and Blacklightning to do my dirty work. Muhahaha!

First up;
I've been asked many times when will there be a gameplay video of Ashura: Dark Reign released.
Well... possibly around Christmas. This is because I want to try and cram into the video things that has NOT been featured before, and also what was previously incorporated into the UT2004 mod version that we were working on a year ago.

Team Expanded? No
Currently working on ADR, is me (Dekrayzis) working fulltime on modeling, level design, animations, management and small coding tasks. Xaklse is currently working on his side project SonicGDK and giving me code drops for ADR. As Xaklse has previously stated in other posts, Ashura: Dark Reign is using a heavily modified version of SonicGDK.

Tim.N is called upon to do sound effects and music when needed, and BlackLightning is still our PR guy. 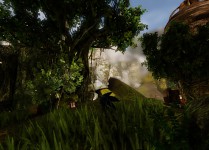 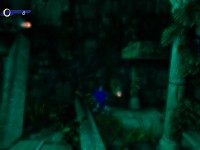 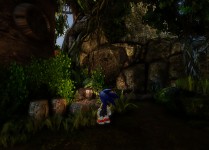 That's all for now. Enjoy the new screenshots. ;)

so much done for small team!
"Proper 2.5D Cam support and platform style gameplay for certain areas" - love this, make more of this kind of areas to run, run and run! and jump)