All about the new in-game UI, including some interesting gameplay information!

If you could not tell by now, our in-game interface was an ugly mess. Admittedly it was nothing but a placeholder up until today. In game development you often have to cram things in just for the sake of having them there. “We’ll make it shine later one” is one often heard phrase.

And especially when working in a tiny, little team like ours you often have so many different tasks demanding your full attention that at times, you simply don’t manage to revise the most obvious, ugly placeholders that somehow stayed for ages. Like that old dummy interface. 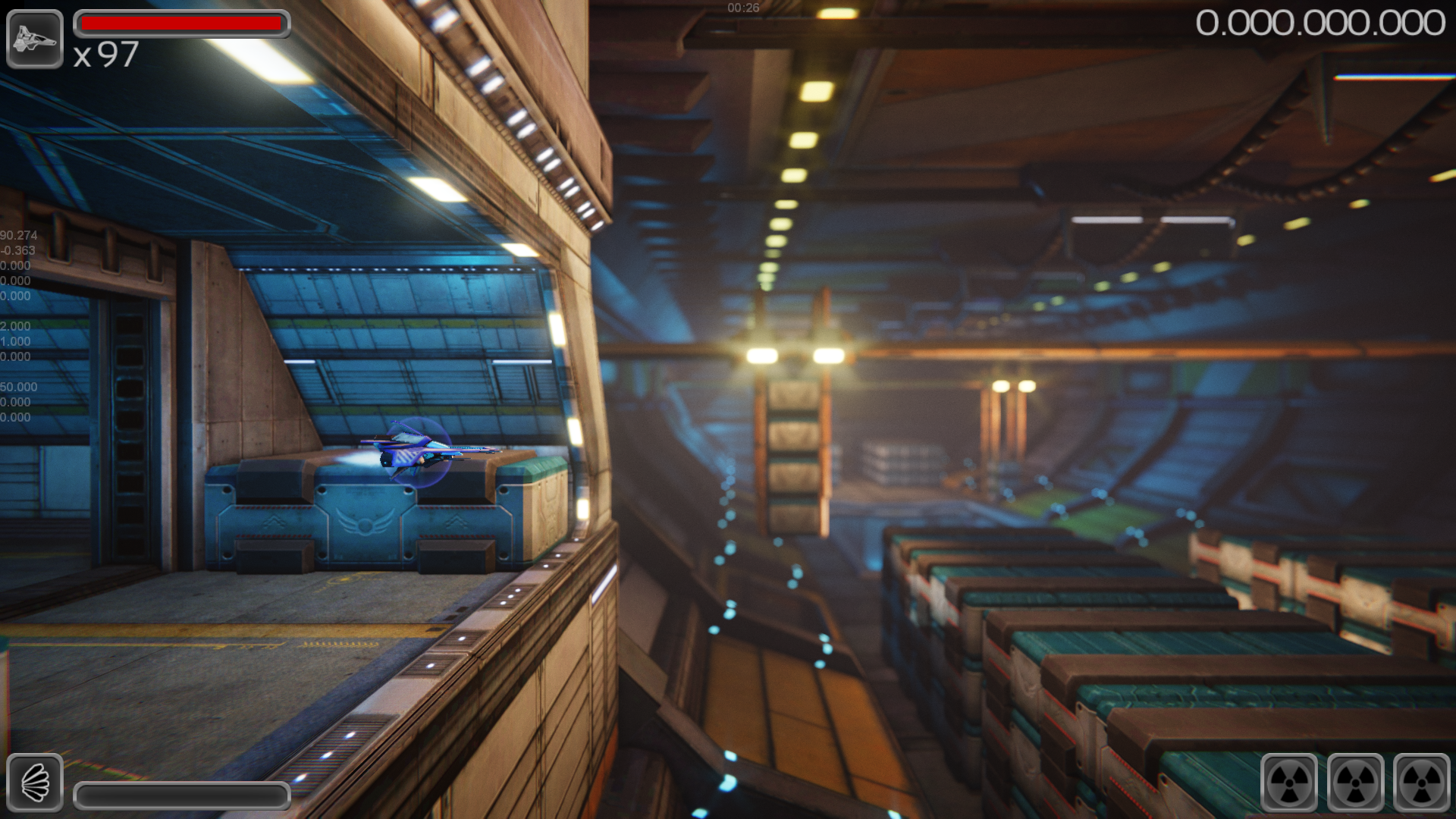 Yeah, that’s the RFA interface you’ve come to like, ain’t it?

But guys, I’ve really had it now. We can push out as many nice shots as we like; they’ll always suffer from these grayish boxes. So I grabbed a screenshot and my trusty Bamboo and designed away.

My goal was to make the new interface simple, modern and elegant. The player has to catch all necessary information literally within the blink of an eye. At the same time I removed all redundant and unnecessary elements as well as those that became obsolete after recent design changes.

And here’s the current UI mockup version that came out! 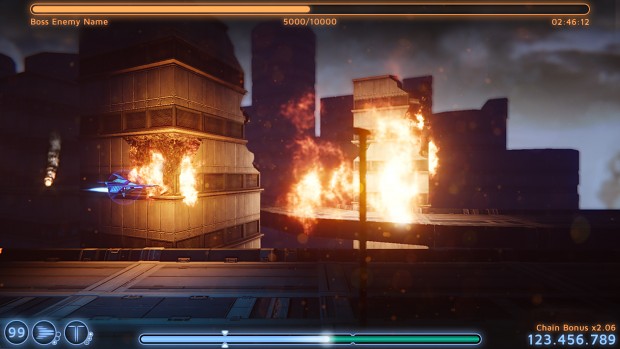 Let’s have a look at all the elements.

Now that I can carry over to actual implementation, I’m going to make sure everything is as responsive and juicy as possible. I think the details of this undertaking would make an appropriate topic for one of the next updates, so stay tuned!

That’s all for now, everyone. Keep on shooting!

Those environments are lovely

Thank you, that's good to hear!

New UI looks great. I can understand you removed the healthbar, but is it possible to see the ship damaged when on low health? If not, could you add it? If yes good work :p

A good question! As of now, it is not completely clear if we are going to keep the health feature at all. Yep, this might sound like a harsh decision, but it's a common practice in this genre to let the player die with a single hit.

On the other hand, *if* we are going to keep it, the idea is to attach the health bar directly to the player ship in a clear but unobstrusive way, so you can check your HP at any time without moving your eyes away from the play area.

Let's see what we're going to be implement!