I managed to get in a local net with some news about the mod as it is, and how is your progress

Hello everyone, I entered a site that is internet, and I'll post some things on the mod. 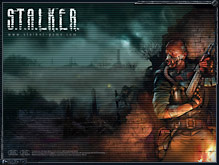