TL;DR Monaco is gonna be in the mod. Egypt can annex Hedjaz. A new country in Africa. Promised event that gives Treaty port casus belli to various Great and Secondary powers will be implemented.

Version 1.4 has been a rocky road indeed. I can assure you that I am taking precautions to make sure the next version won't be as filled with mistakes as 1.4. If there is anything I missed that is bugging out in 1.4 that you noticed, feel free to notify me in the comments.

Anyway with the next version I have a few new things to announce. I dug through the Paradox forums and found an old mod that adds Monaco to the game. All credits for this new addition to the mod belong to <Xx_WWIman_xX>, al3xytp and Naggafin. I too do not know how to add provinces to the game, so Nice has been shrunk and populations have been moved around to make a province for Monaco to call home.

In addition I've added Kazambe to Africa at game start to make things a little more interesting. They already existed in the HPM mod but just weren't on the map at game start.

Now for the promised event that will hopefully populate China with treaty ports from various Great and Secondary powers. 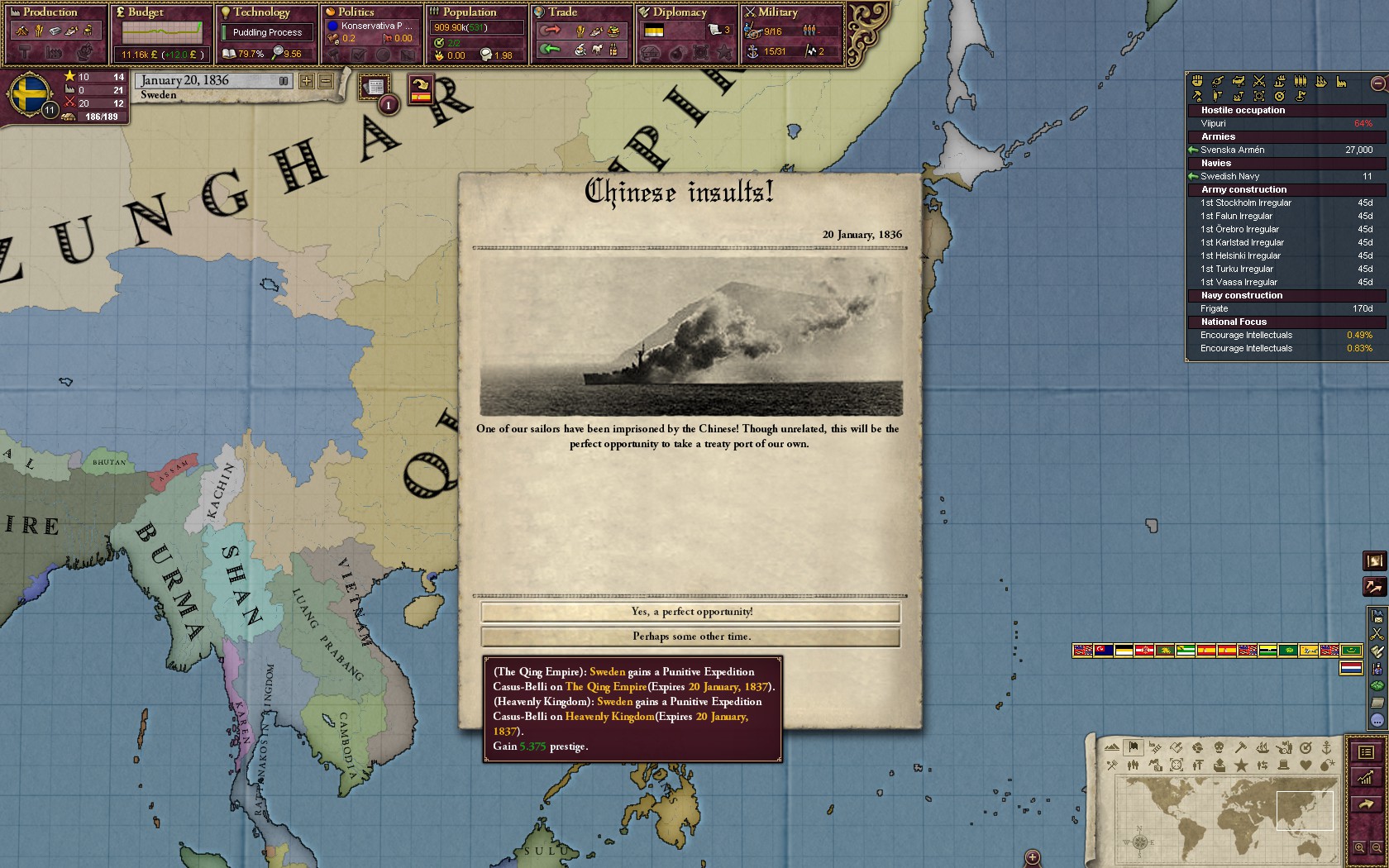 This event will mostly be here for the A.I., since I've never seen them justify war against China (whether it be Taiping or Qing) to get a treaty port except through an event (an example being England/UK).

One more thing I want to talk about is a new decision that will be added for Egypt which will allow them to annex Hedjaz after winning against Senussi. I think its an option the player might like to have, and who knows what interesting effects it might have on how the game proceeds.

I am happy with where this mod is going and I hope you guys are too. Expect a release this weekend for v1.5.0.