Hungry eyes fix on the Planet of Arcaricas. The cycle of life and birth for Celestial Dragons is an endless one, as is all Creation. Upon the Dragon's eggs are numerous life forms, and they are unique to each one.

Hello friends and supporters, we have some great news from Dragonborn central :D

First and foremost we would like to thank you for your patience. Its been a long time since we previewed something. But, soon that is going to change. Team worked hard and long and a strings of new stuff will overflow our ModDB page.
Entire page will be re-organized and up to date with new. I hope you will enjoy seeing them as much as the team enjoyed making them :D

THE BATTLE OF ELDER WOOD 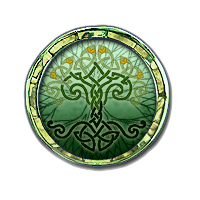 The Lindiri are the Elves of the Earth, wild and capricious on one hand,
yet wonderfully caring, placid and youthfully inspired on the other.
They were raised by the Celesti Elves and given charge of the general
flora and fauna of the world, their children and wards - where other
elves were given demesne over the Avatars and more magical Creations,
the Lindiri were gifted the actual body and its many life forms.

The Lindiri were never jealous of the other elves, but they developed
the ability, almost genetically, to awaken their charges. They could
give them the ability of speech, could bend their skeletons, give them
segmented bones and bring even flowers to an awakened state; they would
be able to communicate with all creatures and all plants, trees and
flowers...to this end their watchful care of the Earth was given to
perfection.

There is much history, much violence, betrayal and torture, but we come
finally to now. The Lindiri hold two kingdoms, east and west, and they
now mass within their Weirdenwoods...the forests where trees walk and
beasts that frighten children in stories stalk the night air, yet these
creatures are not as frightening as they seem...even the greatest of the
awakened are seen holding butterflies and dancing with Faedweyr maidens
under the moon and stars.

Beauty exists everywhere within their realms, but they are under threat
from outside - the Federation especially holds them in disregard. To
that purpose the Lindiri nobles, the original elves, the Faedweyr gather
their awakened 'animists' to them and are beginning to gather for what
may be the survival of their culture and its charges. The Kelusindrai
march clad in mail, Faeweyr archers form up in battalions next to the
Oaken Brood, the Horned Suns - Ravenshrouds awaken once again, sensing
death, and they train together for one purpose: war! 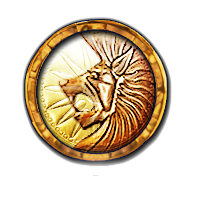 Simply known as 'The Rebellion' by the empire, the realm of the Sun King
became a part of the Empire after all city-states were assaulted
simultaneously. Spurhawks swiftly gained control of the walls, and huge
war engines smashed gates in and rained fire upon the defenders.


Quickly taken, the Sun King capitulated, escaped and went into exile
within his own realm. For many years the youth of the Sun Kingdom went
to war for the empire - the 'Young Shields', returning after at least
ten years of service. This system was the undoing of the Empire in the
east however, for they had thousands of veteran soldiers in the wake of
the indentured service.


With this base of fighting men, the Sun King, Lyscila, gathered the
Ferakine to him - very few of these awakened/ bipedal cats dwelled
within the city state of Ruhr any more, and he gathered them swiftly
from their places of hiding. With these accomplished forces, he struck
at the city garrisons with at least three times their number. Swiftly,
the city states were relieved of all Imperial forces, and the Rebellion
had started.


The lands of the Sun King now gather all to hem. The Lions of Eryn have
gathered; Icarine Knights; the dour Exilian Guard - all have come to the
banner of their beloved King. Few know where this will take them, but
the Sun King is prepared for war!

Thus far all of the download links were lost except Gamefront one. So this is the only place where you can download this. We apologize but this is something that is not in our power. We are searching for new upload options cause we know Gamefront is banned in a lot of countries

You are most welcome. Have some karma :D