Apologies for yet another late "monthly" update but take it as a good sign that we've been too busy! Some good progress to report this time along with a little sadness.

Apologies for yet another late "monthly" update but take it as a good sign that we've been too busy! Some good progress to report this time along with a little sadness.

First up, two new maps are taking shape in the form of Dunkirk and Mercury.

Dunkirk is set in the spring of 1940 and the withdraw of the British Expeditionary Force from northern France. Set somewhere near Saint-Venant; the scenario is that of a small British convoy ambushed by German forces holed up in a nearby farm. To survive the British need to stop the Germans overrunning them, falling back through an orchard to a defensive position in a farm.

Mercury is based on the German airborne operation of the same name. Set on the island of Crete, German forces must fight from their landing zones and capture a small town before pushing on to capture the nearby airfield from the Commonwealth forces holding it.

Although only in their basic forms, the maps play well and once we're satisfied with the game play they'll go through the usual beautification process. Hopefully we'll get some screenshots of them in action in the coming weeks and months. Speaking of which, many of our existing maps have now had a make over becoming much more detailed than previous versions. We aim to include new pieces of media with each update from now on, so that's something to look forward to!

This months media however is something a little different, a bit of a retrospective look back at how the maps have progressed. It's great to see just how much they've come along as you don't notice it working on them every day. 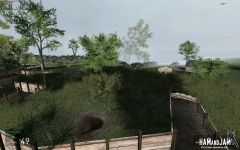 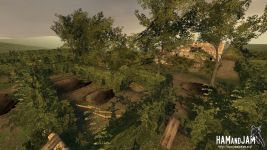 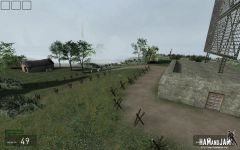 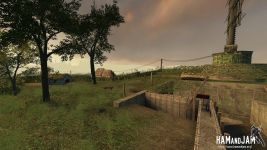 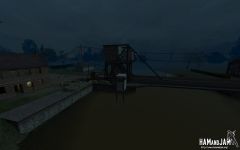 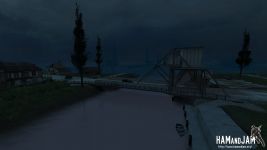 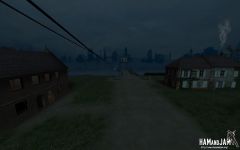 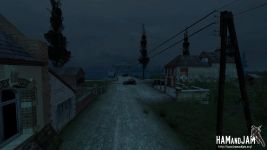 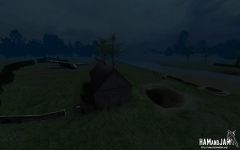 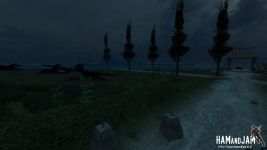 And with so many versions some of the bugs have been hilarious and others deeply frustrating. Luckily something always makes you smile! 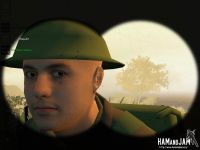 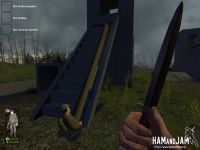 We've also now implemented our system that allows mappers to customise which nation you play as on each map, so now the only thing to complete is the relevant player models and art assets. So far we have Britain, Canada and Poland for the Commonwealth side. Britain is the Welch Regiment (and yes that is the correct spelling and not a misspelt Welsh), Canada is the Loyal Edmonton Regiment and Poland the 10th Dragoon Regiment. We hope to add more nations and units as we complete the player models. Currently the German forces are next then we hope to add New Zealand and Australian troops.

Other work has mostly been on refining and tweaking some elements of our mission system, specifically the capture zones and how they work. We've made some changes to how objectives are shown on the HUD and now they're much more informative to players.

Sadly some negative stuff to report. Our beta testing has been a bit of a problem lately as some of those people that offered to help out have basically not been bothering to attend the tests at all. When we sent out the information to those interested they were told what was expected and what day and time the tests too place. Some turned up once, some never bothered to turn up at all and a large percentage never responded to the beta tester emails we sent out. The last batch of testers we brought on achieved a 10% retention rate, meaning 90% have been booted for lack of attendance!

The upshot of this is that it's becoming increasingly hard to test the gameplay and performance of the game with full servers. Some maps play well with 4-5 players a side but we can't tell of any issues with 12 a side if people don't turn up.

We've had to make a decision to drop a lot of the beta testers and move to a bi-weekly testing schedule in an effort to make it easier for people to attend. We've also decided that from now on beta testers will be by recommendation from existing testers and the development team only. We hope this will improve the commitment/quality of our testers.

I know many who wanted to test are sad that we're now not letting anyone test but I hope you can understand that we need to do this to ensure we get things right.

Lastly don't ask us to be a beta tester, this will only make sure you don't become one. We will pick people that have been referred to us, not random people begging!

That is some Tasty HAM and JAM in this update, nice screenshots and hope you can squash your bugs and get over your troubles

Dragoons eh? So will they spawn on and in troop transports on every map ;)

> "We've also decided that from now on beta testers will be by recommendation from existing testers and the development team only. We hope this will improve the commitment/quality of our testers."

Maybe, but there's still an entire world of keen gamers and modders out there who could be helpful towards your mod but instead are getting the cold shoulder.

> "I know many who wanted to test are sad that we're now not letting anyone test but I hope you can understand that we need to do this to ensure we get things right."

If you want to make things right then surely you'd want as much testing from a range of users *before* making a release.

> "We will pick people that have been referred to us, not random people begging!"

Is there really a difference? And how can you tell? Unless you know your testers in person, everyone is 'random' on the internet. There's no way that you know your referred tester is more committed than some random person begging. And what's wrong with begging? One would see that as a strong sign of interest and therefore commitment.

What's wrong with accepting random beta testers but just cease sending invites to the ones who do not attend? It's pretty understandable that people might show interest one day but lose interest the next.

Do you know why your vanishing beta testers are not attending?

I thought this was suppose to be some kind of community mod, or at least it used to be. In any case, it doesn't make sense for anyone creating a 'product' to deny themselves testing from a range of users.

There is a noticable difference in attendance between those we have picked or invited to the ones we let in who begged. The beggers achieved a 90% drop out rate with probably 75% of them never turning up to a single test.

The ones we picked, with the exception of I think 3 people due to reasons outside our control, are still playing every week.

We know theres a whole world full of people wanting to test and the best way is to join the forums, start some discussions and show interest. Thats where we picked the first lot of testers from, those dedicated enough to hang around on our forums are dedicated enough for testing.

I was one of those "3 people" GL mentioned, and I can say that it can be quite difficult keeping up the level of commitment required to make regular playtests. For instance, real-life has a nasty habit of getting in the way; due to the impact it was having on my college work I had to withdraw.

It's no easy task, but I look forward to rejoining the team someday.
In the mean time, keep an eye on this mod, as I can say it will be great fun. :)