In this video I show off my fully lighted map featuring new bump-mapped assets, lighted asteroids and ships as well as a new map resource toolbox. Oh, and spinning lights. :)

I have posted a new video with lots to see! It includes all of the new developments I am currently working on. I do a quick fly through of the base and surrounding arena space and show off what's been changed and added. Since my last update much has changed visually as I have added new bump-mapped map assets and new lighting features. I've also included a view of the map resource toolbox with collapsible components which is part of an in-game map editor I am working on.

Some of the new features are lighted asteroids on 2 map layers. New bumped-mapped floor assets. All new bumped-mapped wall assets. In base lighting including spinning lights. Bumped-mapped and lighted ship assets. Map parts toolbox for in game map editor.

I did manage to get one ship at least firing weapons in base which allows you to see what multiple lighted weapons fire will look like. I have been working on an actor framework (players/AI) to support networking, physics and so on which is still not quite finished. I should have it somewhat working in the next update for more AI controlled combat.

Lots to do but I am making progress. Look for more AI controlled ships and a working map editor in the next video.

Thanks for supporting Phoenix USC. 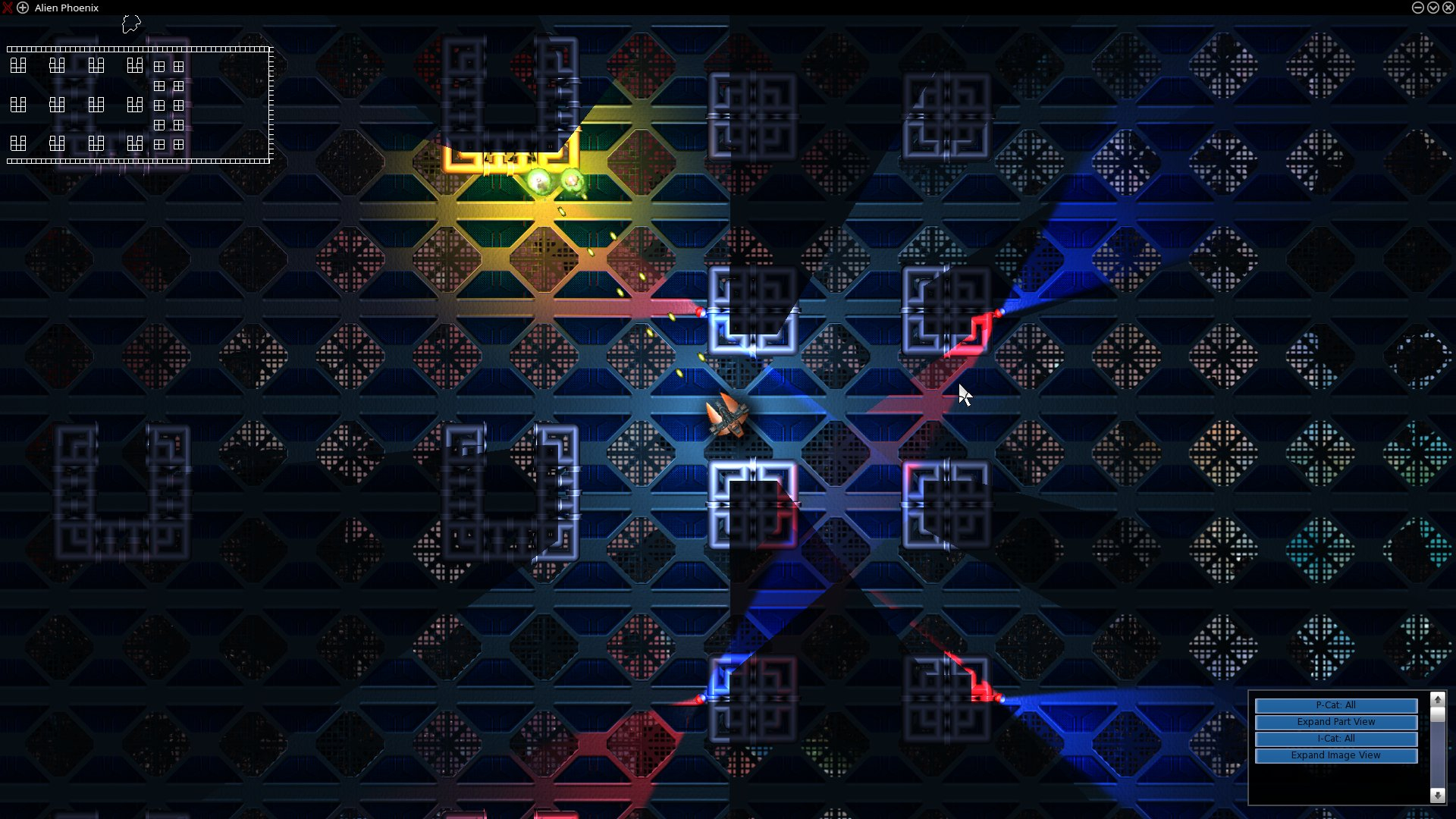