Above is a video of the progress made on Phoenix USC. In this video I quickly show 6 new ships and weapons effects and then do a fly through of the map. Also included are new features like radar, new backgrounds and background effects (wormhole), new asteroids, improved parallaxing and more. I have made quite a few improvements since my last post and added features like a particles (used for ship thrust tail) and animated background effects as well as improved and streamlined the physics and GUI framework. Leave me a comment and let me know what you think of the new features and improvements featured in this video. ;)

My programming language Monkey 2 just got 2d normal-map style lighting and shadows so adding lighting back in is up next on the development schedule. It's been a while since my last post and for good reason. I have converted all of my code from Monkey-X to the Monkey 2 programming language. This took much longer then I had anticipated so until now I've had nothing to post about. But, thankfully, I have the code that drives Phoenix USC converted now and can get back on schedule.

So look for more news soon. :) 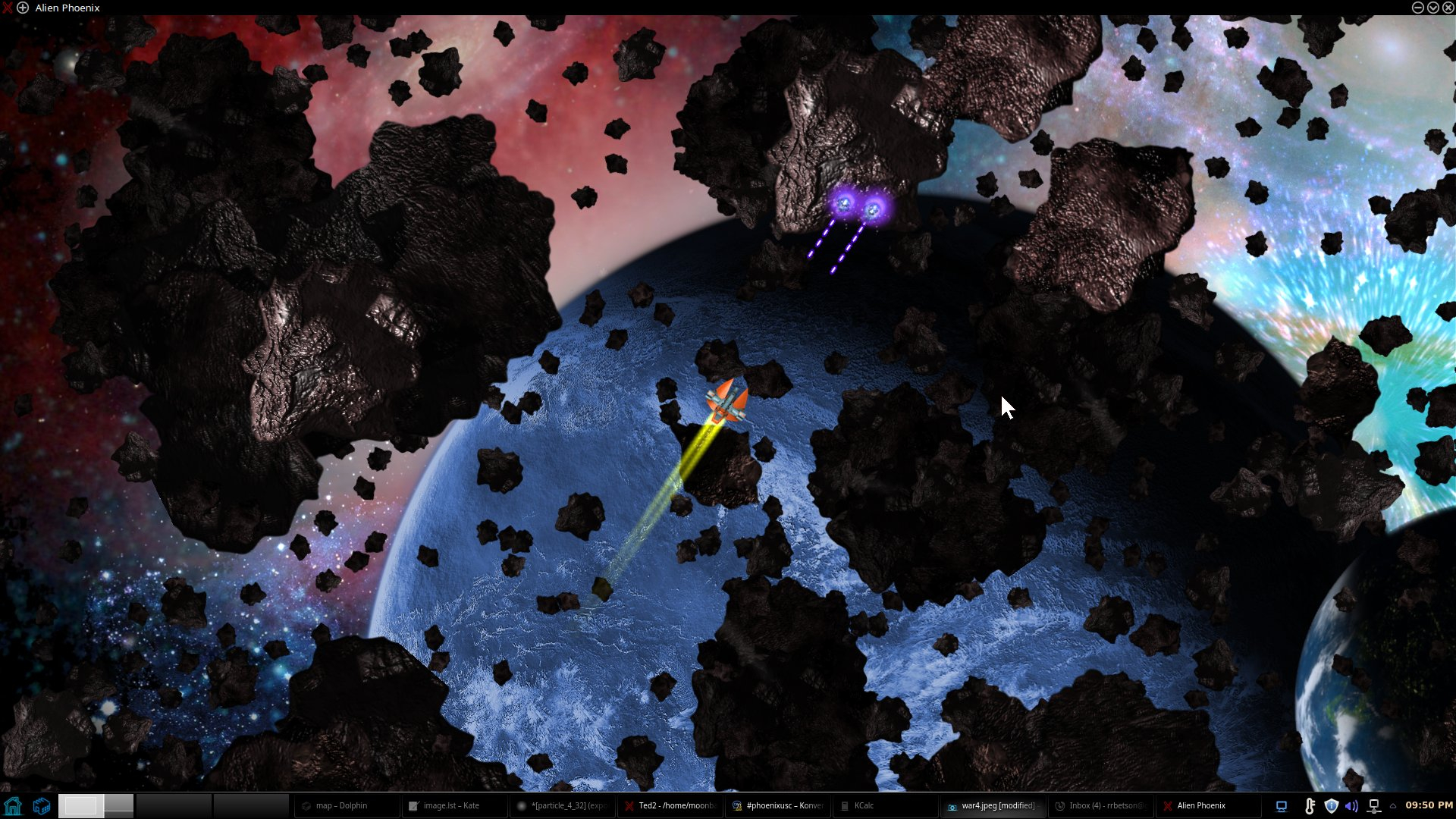