The newest version of the mod! Here's the download link:

To install, unzip wherever your Alexander: total war executable is, and create a shortcut, with the following structure:

The mod is no longer compatible with vanilla RTW or BI; only Alex from now on.

-Refined the campaign map (so it looks better still, but still not really playable; you're more than welcome to ogle at it, however).

-Finished the outline of the Portuguese Army 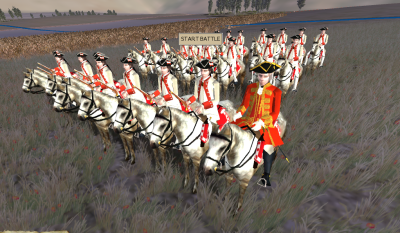 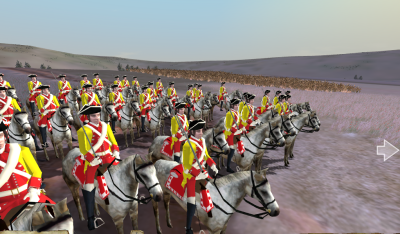 -Added a new icon-it's from a portrait of Frederick the Great made before the war.

-Some test stats were introduced--hence the rough and seeming inconsistent stats (you guys will be the guinea pigs :P).

-changes to gunpowder effects, though I need to fix the alignment issue for cannons.

Some commentary on future changes

-Next work will focus on getting French and Spanish officers done, plus their drummers. Will almost certainly fix some of the units as well.

-After that, Denmark is next.

-At some point, I'll make official the release of a multi-hp system for cavalry alone. Right now, every unit is set to 1 hp in the official release. If I could, I'd give the horse 2 hp, and the man riding 1 hp. However, this isn't possible--no way has been found, anyhow. So as a compromise, the hp is going to be set to 3 hp for the cavalry. Haven't released this yet, as one thing I need to first do is make sure the infantry are balanced right (they must remain at 1 hp).

-Already in the mod is the way the missile units will work against cavalry in the new system: missiles will be rated "man only" and "man or horse". The former will have 1 hp damage; the latter will have 2 hp damage (as seen in descr_projectile_new).

-Now to discuss the hp system: the reason infantry only get 1 hp, rather than 3 (or any other number), is due to melee balance. Traditionally in my case, I'm used to working with lethalities under at or below 1; working with lethalities over 1 is kind of messy, and frankly, I can't be arsed with it. The only real issue isn't from that, but rather because the missiles were set by the devs to have a frozen lethality of 1. In an ideal world, I'd set the attack as needed, the lethality to 0.15-0.24, and the damage to 2 (so basically, the missile will have a high chance of affecting the target, and a probability of 0.15-0.24 to specifically damage the unit (rather than merely stun/push back); if the hit successfully damages the unit, it then takes 2 hp). I actually asked one of the guys from Feral about implementing this scheme for the future patches of Rome Remastered, but apparently, they won't do this. I could say something about this--because I asked twice, and got contradictory answers--but I'll leave it at that.

-I've officially decided what to do with RR--specifically after the above: I'll just wait and see if lethality is made moddable. Depending on when and if they do, I'll start working on that. If they never do, I'll wait till I completely finish the OG to even begin working on it. If not, I'll be working on the OG version, but start work on RR as well (though low-priority); this will entirely be modelling at first: make the models, then worry about making the mod.

Bear in mind though: work for both will be slow hereon out: as always, I'm mostly working on my own, and there's a PhD program to finish (in Geology). If you want the mod done sooner, you can either help me find someone or join the "team" (or both). Just. Don't. Flake. Out.