A new Update from the team. Featuring the latest updates of new units and current researching.

Posted by BronzeJackson on Jul 5th, 2009

Opening News Files.
Current Battlefield News and Bulletins:
Today, we are announcing that North Korea's arsonnel of Anti-Air Capabilities have Increased in recent times, the GLA have reuilt a Fighter-Bomber Aircraft which was used by the German Army during World War II. The North Korean Army also restored one of its beloved tanks, the heavy armoured T-62 Ch'ŏnma-ho (Which stands for Flying Tiger). The North Koreans have developed a new Anti-Air Tank due to production costs of building SAM Turrets onto North Korean Immolators, The Centaur. The Aircraft which was rebuilt by the GLA was a Messerschmitt BF-109 G-2 fighter-bomber. 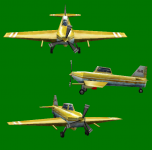 Messerschmitt BF-109 G-2 (Don't worry about the skin, its not final) 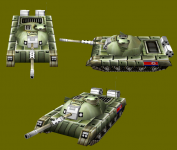 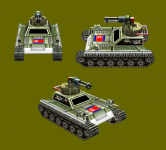 Those are the images we have currently.Other News:
US Forces are currently focusing on a new Prism Tank Design since the old Prism Tank was scrapped, the reason for the scrapping was because the design was too simple, so a new design was required, the Prism Technology was still kept under supervision by United Nations Personnel for future references. Allthou the technology was almost outmatched by the planning of the USA's Phalanx Base Killer Super Tank, allthou Super Units are still being researched by the South Koreans, The Peoples Republic of China and the United State, the GLA, North Korea, United Nations Forces and Chaos Faction Forces have already designed theirs, we will find out in the next News Bulletins about the research into the Super Unit Research.

Stay Tuned for Further Updates from the field Commander.