We just released a pretty sizeable update for Super Squid Squisher today! Including, but not limited to, new game modes, new powerups and squids. Also a bunch of tweaks and fixes to make the gameplay feel and look better. 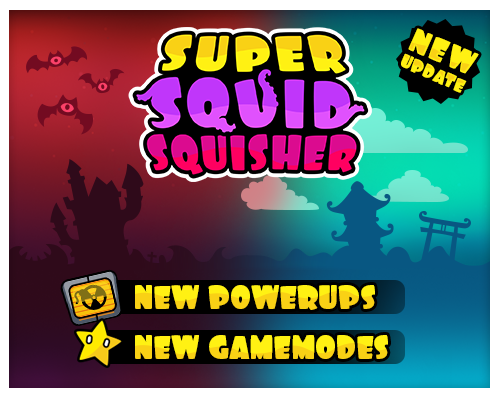 The new update adds two new game modes as well as an easy difficulty in addition to normal.
We added new squids which are different depending on game mode and two new powerups, the bomber and the timeflux was added. The bombers detonate as you tap them, resulting in joyful explosions that bring squids down with them. The timeflux bends time and space to slow down the pace and make squishing squids easier.

The two new game modes being Zen and Nightmare mode. Zen mode is an endless mode where you cannot lose, use it for your cat, kid or just as relaxation. It has a pretty neat japanese theme to both the background and the music.
Nightmare mode is the opposite it of that and it's insanely hard and squids move much faster.
But don't expect to last long in this mode. 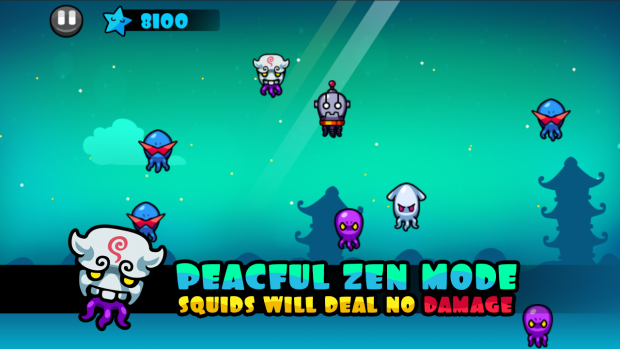 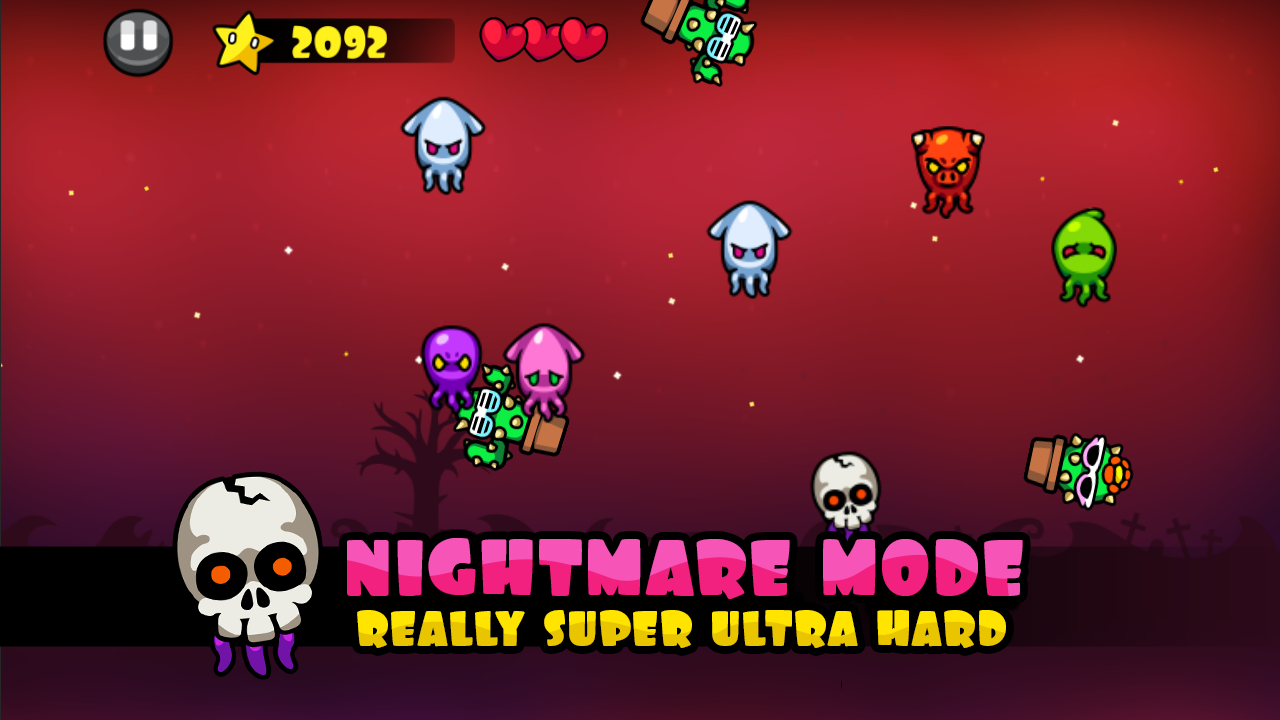 Among other changes are the removal of the ugly black bar that used to cover the top part of the screen and the addition of a tap indicator which shows a punch effect where you tap, for extra juiciness. The hearts in the hud also recieved more juiciness as they will pulse and animate when you lose or gain HP. A lot of tiny fixes and additions were also included but I don't even remember all of them..

Anyways, check out the game, rate it and leave us a comment!