This article will be talking about the newest version of Malfunction, and the future of the game! Please be sure to spread the word!

Hello everyone! I apologize for being a bit silent, but I'm here with a HUGE update, so let's get started!

Malfunction V-1.1.0 Is now here! Featuring OVER 50 bug fixes, a new Obstruction map, as well as some slight changes to certain menu's. Though before we get into that, I would like to talk about WHY there was so many bugs. With Malfunction 1.0.0, There had been SO many changes by then, which made the whole game pretty much unplayable. So I decided to play through the entire game to find and fix EVERY bug I possibly can. So I really apologize about the previous update, and I almost gurantee you that this update WILL work!

Anyways, Let's see that map I was talking about! 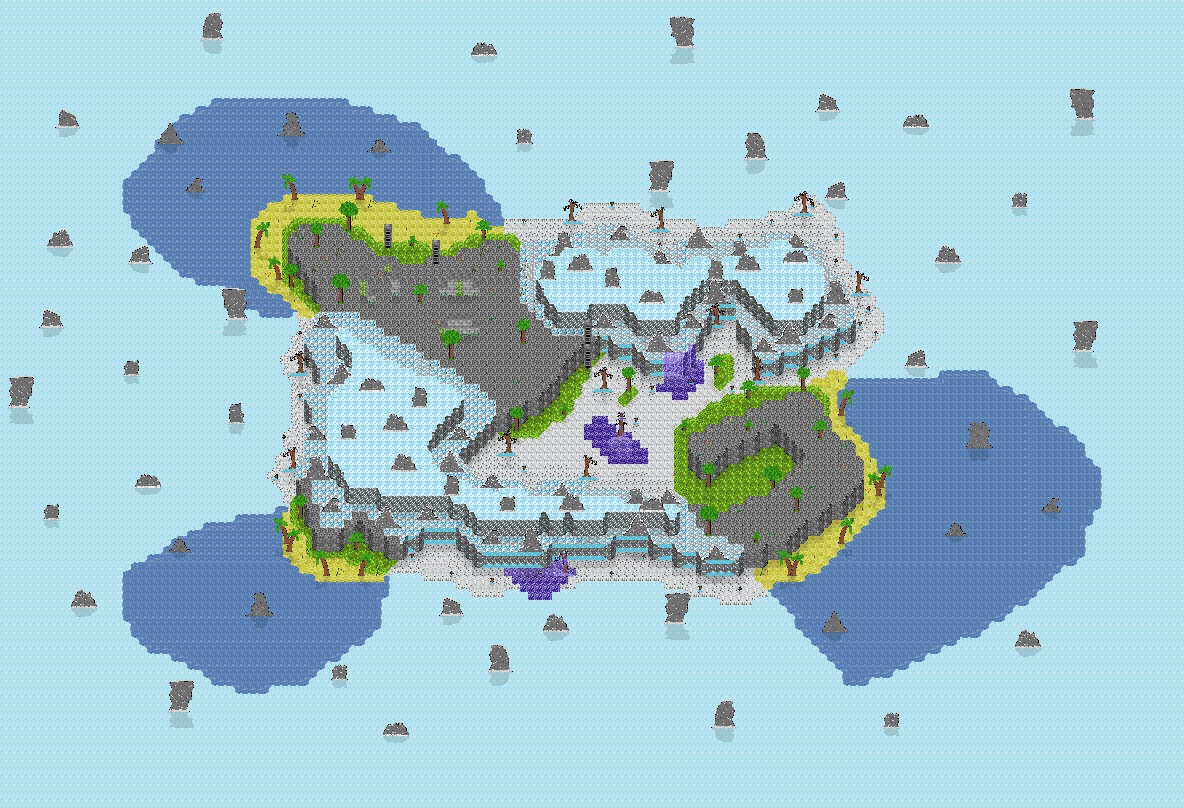 This is the new map for Obstruction called 'Prophecy Island'. As you can see, it shares just about ALL enviroments of the game into one single map. Which yes, that means you will be able to fight ALL enemy factions on this map as well, so have fun with that! Not to mention that this update will give you 100 credits so that you get a head start with upgrading!

I have also added a 'Scenario Selection' for Obstruction: 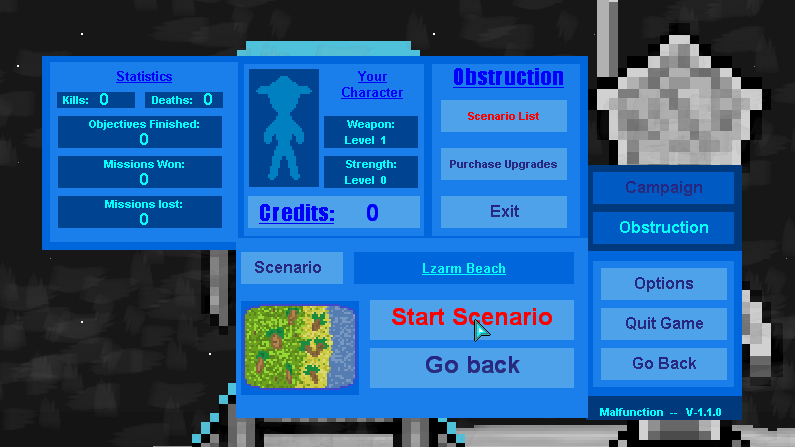 This shares the exact same level selection system as the Campaign's. As you can see, it's a bit more oraganized than before, so I hope you enjoy that!

I have made an update video, explaining a bit more about the update (which I will be making these videos for every update for now on) So check that out here!

I have set up a way to donate, so that if you want to, here you go! (It would REALLY help me out as well as the game's future!)

Also if you haven't yet, PLEASE be sure to vote for the game on Steam Greenlight! It really helps the game!

Anyways, I plan on having a BIG update for next month (Since next month will be the 2nd year anniversary for Malfunction!!), So stay tuned for that.

I hope you all enjoy the update, and have a good one!