Today we have two new additions to the Harturion Universe.

First of is the first Alien we decided to show-case. The 'Hiderae' is a fully evolved Dune Worm that has a protective thick hide which can handle a lot of punishment. EDI Troops are told to aim at the body rather than the head since the Hide is thick enough to stop most small arms fire. The Hiderae, though faster than the Dune Worms, are still slow compared to other alien species. They lose their limbs after aging and make use of their snake-like bodies to speed across flat and rough terrain. These monsters are known for devouring their prey on sight after the kill, unlike the larger arachnids, which prefer to keep their prey alive and devour them in their nests. 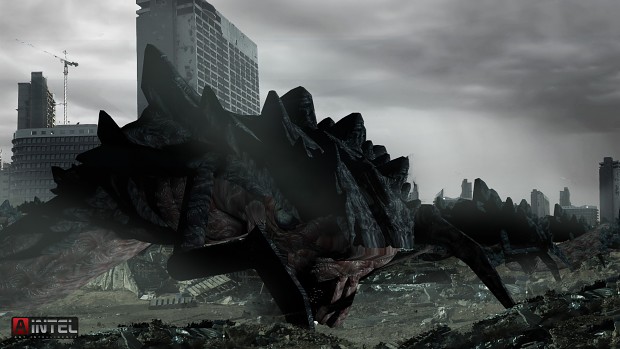 Next we have the EDIs primary artillery unit, and perhaps the most popular among EDI forces. Its guns are unlike any other in its class; three 225mm barrels with a range that outclasses most guns. The All mighty Norwegian-made M-5 'Valhalla' has seen action across the globe. Interviewed EDI soldiers have even said that they sleep better at night knowing there's a battalion of them providing fire support. The Valhalla's guns can be heard miles away, it has broken the record of being the loudest gun in existence. Many operators of the gun have gone through extensive psychotherapy and training to cope with the powerful sound blast of the guns. Valhalla operators have suffered more trauma than most soldiers on the battlefield and in 99% of cases, deafness is guaranteed. EDI scientists continue to work on improved helmets to completely block out the sound and reduce the effects of its shock wave on the brain. 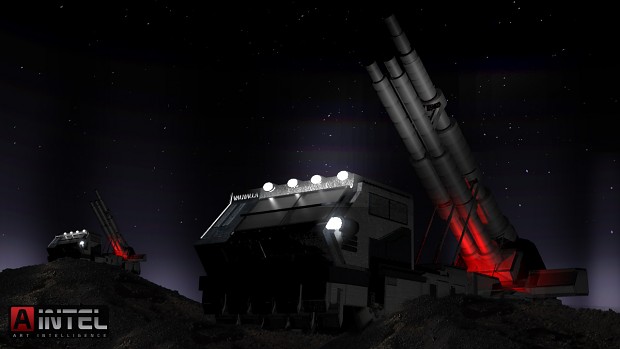