Launching Clive 'N' Wrench's first proper trailer in nearly 3 years, as well as our Patreon and Discord pages! Plus a sneak preview of our first full animated trailer!

What an inspiring couple of months it has been! There's lots to discuss, so I I'll get into it right away! 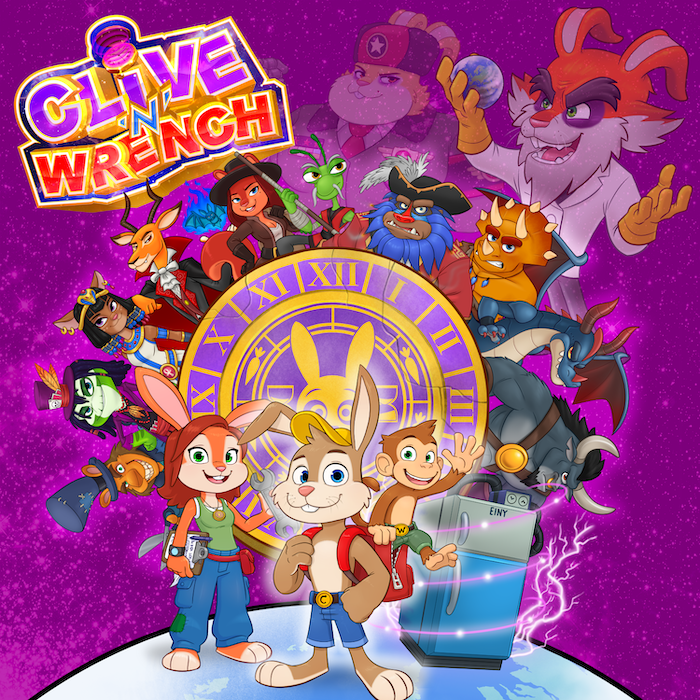 First up, we have a brand new trailer. This is the first time I've created a proper trailer since the Kickstarter campaign launch in 2015! Usually Clive 'N' Wrench's update videos feature whichever single level I've been working on; but I figured it was about time to show the bigger picture, including 9 of the 11 levels as well as a few snippets of some cutscenes:

As well as that, we also have the full length version of Annie Oaktree's (The Chimp, The Bag & The Bunny's boss) cutscene! This should give you a good idea of what to expect with the direction and tone of Clive 'N' Wrench's story (spoiler alert: dad jokes and slapstick humour, with some heart)!

Next up is our Patreon launch. Over the last year or so, I've had several people asking to support CnW's development monetarily. I've always been a little uncomfortable with the idea because I didn't feel I had enough to offer. Now that the game is far enough into development that it's starting to resemble a finished product (at least as far as my vision for it goes), I feel a little more comfortable with the idea. As such our Patreon is now live! I have been blown away by the response so far, within 48 hours (at the time of writing) we're already looking at 14 backers supporting with $52 a month! This is fantastic news as it will really help development speed along!

The two tiers both offer different rewards, with the $5 tier giving access to some alpha test builds of the game. The test phase will be starting over the next few weeks, just in time for Christmas! This will hopefully be mutually beneficial; in that supporters will be able to play some of the game for the first time in nearly 3 years, and I will garner some invaluable feedback that should help shape and improve the game! Feel free to check out the page below:

Last but not least is Clive 'N' Wrench's Discord server. For those who don't know, Discord is effectively the modern answer to a chat room. CnW's server only recently launched, but seems to be already growing a healthy community of people! I try and stay as active in it as I can, and am happy to answer questions and take suggestions. So please feel free to stop by and say "hey"!

That's about it for today, thank everyone as always for your continued support!
Rob