Doris’ adventure continues in the upcoming title from Arrogant Pixel. New Trailer for Doris and the Dragon has been announced! We are also seeking votes on our Greenlight campaign!

Posted by ArrogantPixel on Mar 8th, 2017

THE TALE OF DORIS AND THE DRAGON EPISODE 2 COMING TO PC, MAC AND MOBILE SOON!

Doris’ adventure continues in the upcoming title from Arrogant Pixel

London, UK – March 7th – Indie games development company, Arrogant Pixel, today announced a new trailer for The Tale of Doris and the Dragon - Episode 2. The game will be released in Summer 2017 and is currently seeking votes on Steam Greenlight - Link available here

Following on from the breakout Newgrounds title and Winner of the Pocket Gamer Bronze award, the adventure continues in The Tale of Doris and the Dragon Episode 2. Our brave heroine, Doris, continues on her quest through the Afterlife to find her missing husband Albert. With unique gameplay perfectly adapted to both PC and mobile devices, The Tale of Doris and The Dragon provides a refreshing experience for casual and hardcore gamers alike!

Available on Steam (PC, Mac and Linux), iOS and Android devices worldwide this summer, fans can get a taste of what to expect from the second episode by watching the trailer here. 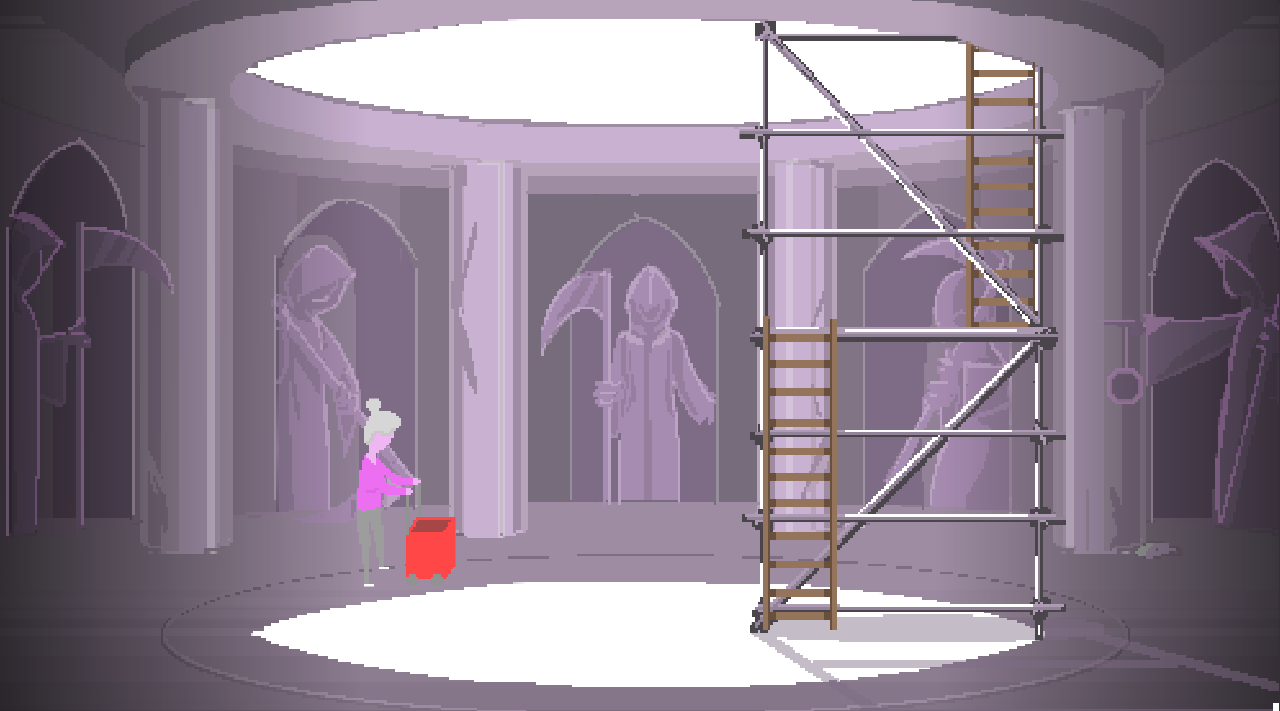 The new trailer reveals brand new characters and new scenes to explore in this pixel-art world. The retro feel is reminiscent of those unforgettable 90s LucasArts classics. With a quirky narrative and minimalist interface, the point and click style of game makes it easy for players to explore the world that Doris finds herself in.

The first installment in the trilogy was critically acclaimed by reviewers and players alike receiving overwhelmingly positive reviews and comments from all over the world. The BETA version, released on Newgrounds in 2015 received over 100,000 plays. After a long wait, fans will be able to continue their adventures with Doris and Norb the dragon in the mysterious, land of the dead. 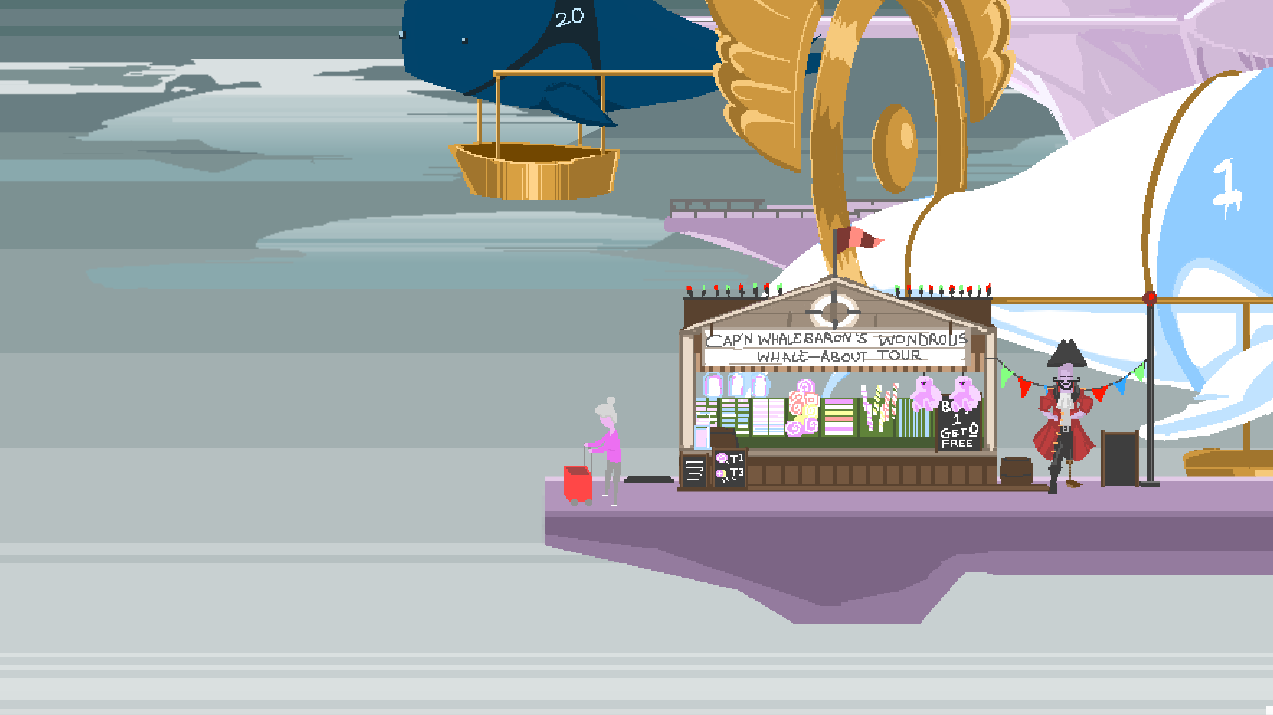 Ben Simpson, Founder and Lead Designer, said: “Doris’ adventure is one that is very close to my heart. The entire process of creating the game, including founding the company and working with my closest friends is a dream come true. The release of episode 2 represents a huge professional and personal milestone for me and the team.”

Episode 2 features artwork by the incredible digital artist, Safiyyah Khan, better known as DarkLitria. Music and sound design has been important throughout the process in every game created at Arrogant Pixel. The Tale of Doris and the Dragon is no exception, with a haunting soundtrack by AssadB. The sound design, voice over and foley was created by Ryan Callard. This game also features the vocal talents of Jamie Wood and Daryl Kellie.

Jay Shin, Designer and Producer said: “We are pleased to finally be releasing The Tale of Doris and the Dragon Episode 2 this year. The team have been working hard to produce a game that we are confident will surpass expectations. I’m very proud of what we have been able to achieve with our limited resources. I hope that fans will enjoy playing when we release the game in the summer”

THE TALE OF DORIS AND THE DRAGON EPISODE 2 will be available this summer on the App Store and Google Store and the trailer can be downloaded here [PRESS MATERIALS]. 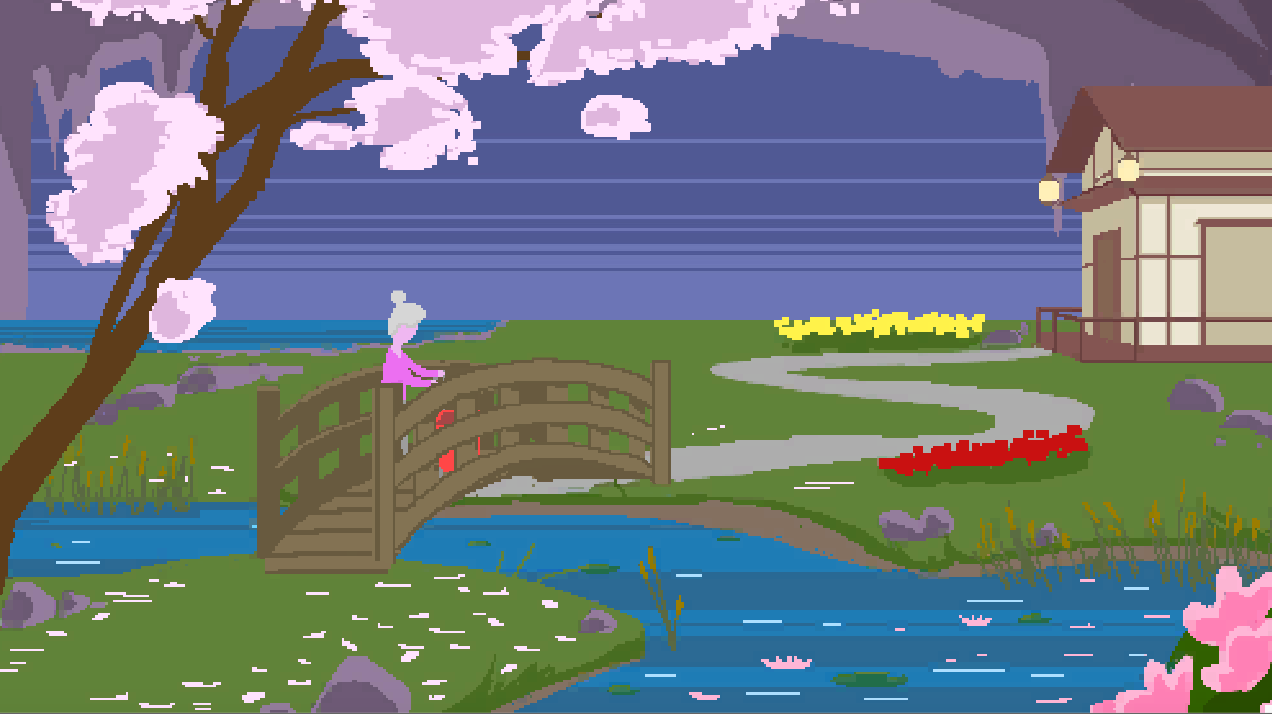 Formed in 2012 by Ben Simpson, Arrogant Pixel is a small team of five game developers based in South West London. Our ultimate goal is to make high-quality games with memorable characters and a strong narrative. We will never release games that we don’t enjoy playing ourselves. Growing up in the early 90s, we were playing some of the greatest ‘point and click’ adventure games of all time. Our latest title “The Tale of Doris and the Dragon” is our homage to the genre. As an independent company, we have self-funded this project and aim to release Episode 2 on Steam, iOS and Android this Summer 2017.