In order to improve on the first demo I have created 8 New character models and 14 variations of these models.

Firstly i would like to say thank you for all the comments and especially to those that filled out the questionnaire from having played the first level. From the questionnaires, 'Characters' received the most criticism/things to improve. Therefore, I have created 8 New character models and 14 variations of these models. Below i would like to show you one of these models in a small amount of detail. As before, I want to keep the content of the mod relatively secret, so this is why I am just showing one model, as opposed to all of them 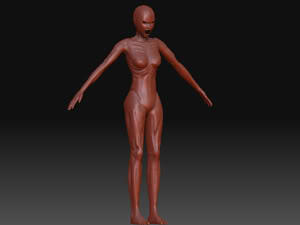 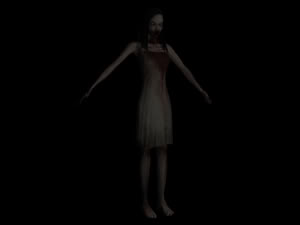 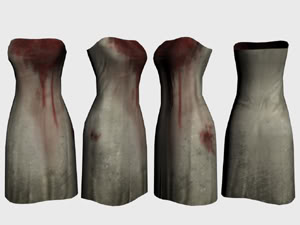 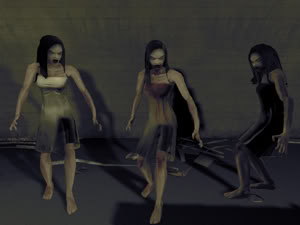 Thanks also go to those that casted their vote in City Decedere level 2- Teaser Poster
The winner, with just over 85% of the votes, was of course the Female zombie as featured above. This will be the A1 poster that I will use in an upcoming exhibition at Uni, where i'll get to show UK games companies how awesume the Cryengine is 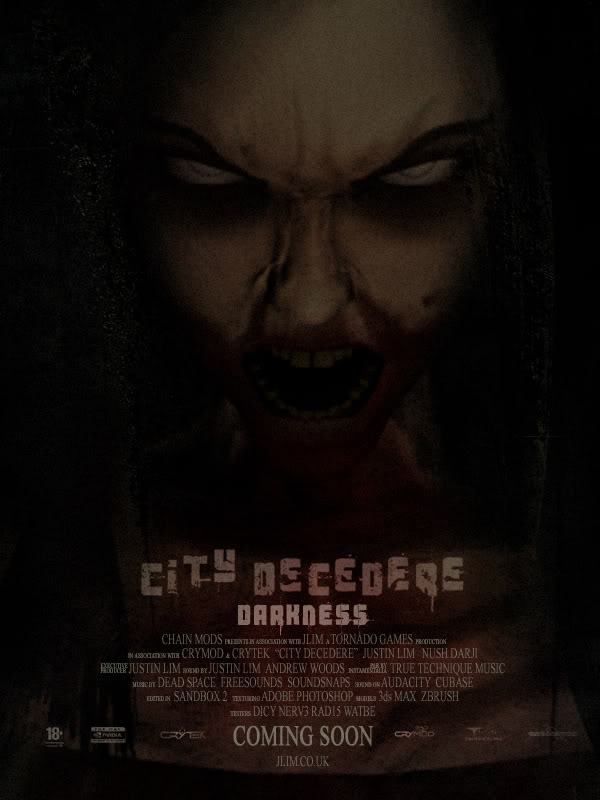 Lastly, i would like to show you a short teaser trailer that i made, showing an example of what some of the gameplay will be like in this new level. (environment still WIP)

your character artist needs to go to some figure drawing classes. That anatomy on the female character is wacked out.

the witch from l4d

GAAAAAAAAH, it's just a girl that screams and kills, that doesn't make the girl the same as any of the ones mentioned above, it's just another girl in another game, and this one happens to scream lots...

Music sounds like its from L4D... Wait a minute...

music is from Dead Space

i've saved the less conventional models to surprise you for when you play the game :P :P

I listened to the music in the video again and it sounds like a mixture of music from L4D and Deadspace. But I still think its more like L4D music. The piano keys and ohhing in the music sounds just like when the witch attacks you in L4D.