After a long discussion with an experienced developer, I've decided to make some changes.

I had a discussion with a developer who has been on several project teams, and we went over some key points of whats what and what-not for new projects.

Another major point brought up was the Torque Game Engine. I picked up Torque a few years ago and just dabble with it every now and then. To be fair, Torque (The first one) has shown it's age. 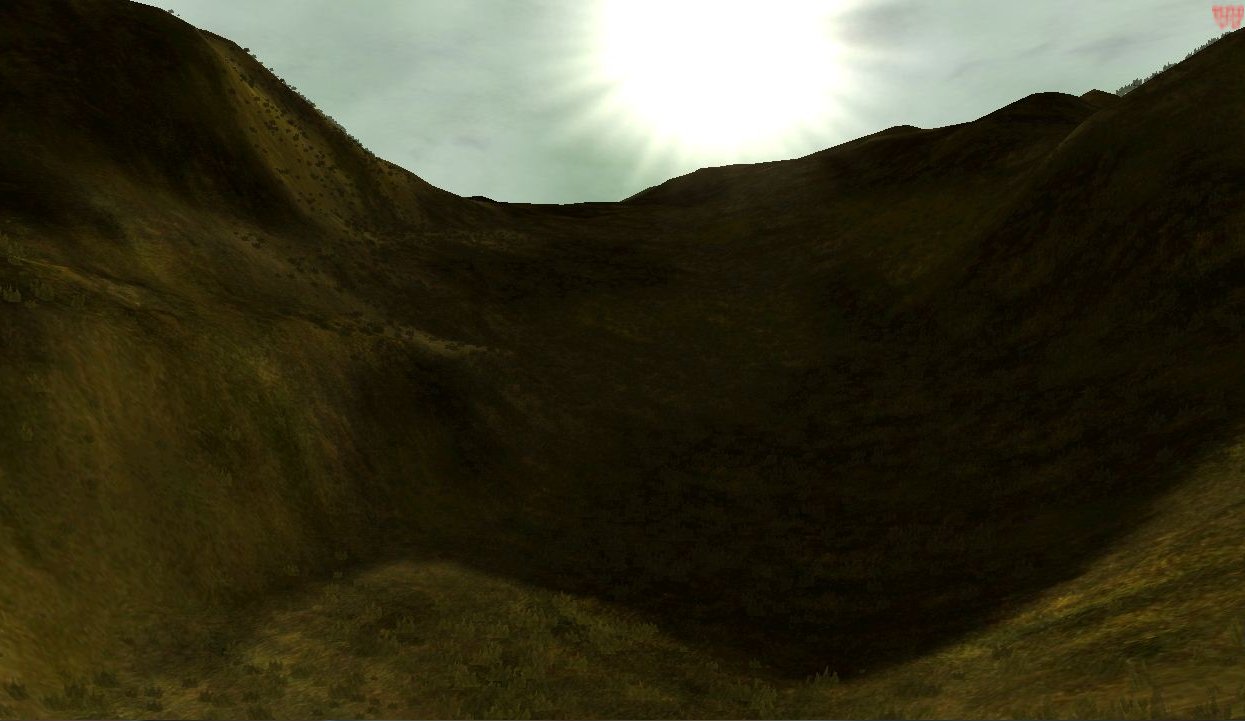 Picture of a field! Exciting!

With exporters unavailable and other major problems, I'll probably switch to a different engine.
This is easy right now since the assets haven't been exported yet.

I want to hear everyone's opinions on new engine ideas or if staying with torque would be ok.
Though I having a feeling everyone will say UDK. Linux support is a plus, too.

Until then I'll be doing some research and stalking on the Moddb forums to see what discussions on engines ensue.

>>Picture of a field! Exciting!
Well, whatnot.
Torque is a nice engine. Now do your best in coding.

yah, I'd definitely go for UDK. It has all the tools you need! and suports a lot of platforms.

If you have a team, or at least can do a bit of everything, you're good to go! ;)

ah, but it doesn't support Linux.

Supporting Linux is a big one. I don't have any chance of making a splash in the PC area alone.

The phrase is 'big fish in a small pond'.
Wolfire explains this better: Blog.wolfire.com

While UDK is an excellent option, it would be better and easier for me to use a lower grade uglier engine that to set a high bar and aim for even higher.

Oh and I don't have a team. This is a solo project.

Linux support is a Win in my opinion.
We NEED developers to support us.

I've been watching this project and it looks really cool. Having a little experience in game dev and programming myself, I know of a bunch of engines, and Linux supporting ones since I'm a major Opensource nut.

If you're not too programming shy, Irrlicht is pretty good. A C++ lib. Zlib licensed.

Panda3D is also a fairly cool Python/C++ lib, very VERY easy. I'm currently working with it myself. It's a modified BSD license I think. Sadly neither of these projects have great tech demos showing how good they are.

Not having used Torque myself, I don't know what they're like in comparison.

XreaL a FPS-focussed heavily modified Quake3 engine that is VERY strong graphics wise is one of the more powerful opensource engines around. However, isn't that well documented. And has poor low-end pc support. But on modern hardware (Anything that supports DX10 really) can push 500,000 to 1,000,000 polygons. There's a very good video showing a map with lots of trees somewhere on the main page.

There's LOTS of other options around, and I know of more, but these may be worth checking out.

You a Linux user yourself or do you wish to take advantage of the low competition in the Mac and Linux gaming markets?

I've used the others before but never seen XreaL. I'll see what I can do with that with what I have left with the weekend.

I work with Linux machines, and when I wanted to play games on my old Linux desktop, I was pretty disappointed in my limited selections.

But the advantage is a plus too.

Xreal is really really powerful. Not too much documentation around though. Researching into Quake3 modding won't help too much either, the game code is different.


Hmmm, that may not be true of the ET-XReaL branch, which is the XreaL renderer ported into the Wolfenstein: Enemy Territory engine-- a some-what modified Quake 3 engine I hear-- which was recently GPLed. That may technically be more well documented than XreaL itself is, although is only available via SVN currently, and won't be totally perfect yet.

You may be best off trying to get in contact with it's creator, who's more active now, if you're trying to do anything very complicated. But you may be able to do all that you need merely by looking at examples of gamecode available from the SVN

Lack of documentation is a big one for me. Its one thing to enter into a new engine, its another thing to do it blindly.

I did, however, get successful model importing into Torque from Blender 2.49 (Not 2.5 yet), which is good news so far. Also means I can use Torque for at least a proof of concept, then when the gears roll maybe focus on something more graphical.

Yeah. It's probably better to go with what you know for now. Maybe Torque isn't totally modern, but if you're not wanting totally modern that's okay.

Striking art over graphical detail and all that stuff.

I prefer any engine that would provide linux support.

from an artist's point of view ( read : slightly more then zero programming knowledge), blender has a nice game engine, few things missing here and there, sometimes a nasty glitch comes up, but it's awesome nevertheless.
I think that blender's logic bricks = fast prototyping of ideas, which is fantastic for getting concepts done.