One thing led to another, starting with a simple world map. Time of day would give the game a sense of scale, maybe you should have to rest at night, if rest then why not eat, and if you eat you have to have food, and if you need food you'll need someone to sell you the food. And thus we introduce all these new systems to Himeko Sutori.

Early on, someone recommended to me that Himeko Sutori should have a simple system for moving from one plot point to another--maybe like the book in Valkyria Chronicles, where each chapter of the book reveals plot developments and sends you into a battle. I didn't want to to do that; I wanted the player to be able to explore and to see the world. Maybe I should have gone the easier route, but here we are, and I think everything is better for it.

The video above shows the current state of Himeko Sutori's world map. We're not done yet, but we've come a long way. You see, we started off with this: 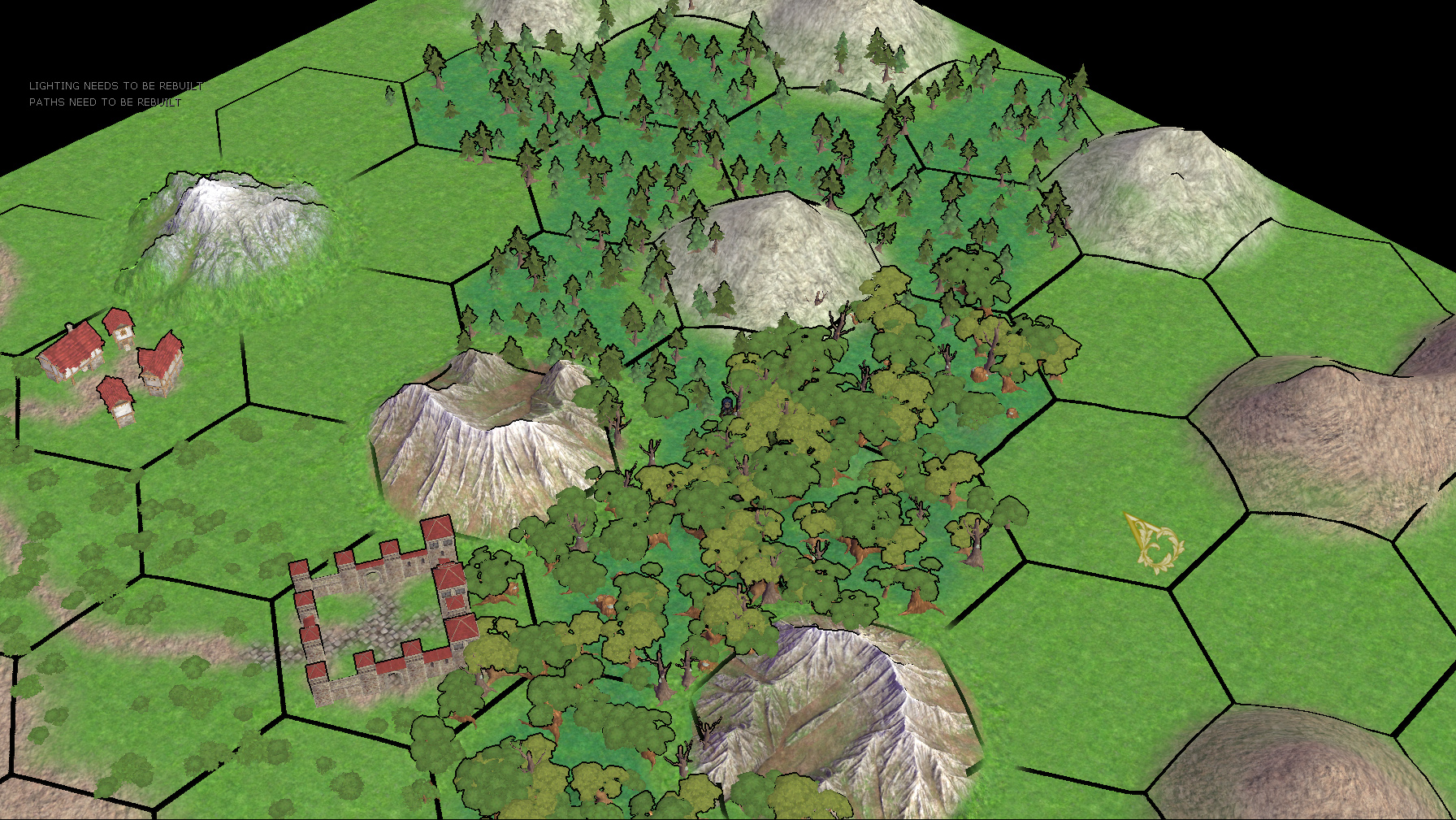 I wasn't about to stay on that track and decided to really make the world map something to impress everyone. So I got a copy of World Machine and at first tried making custom hexagon-shaped mountain tiles. That was working OK, but I was going to need maps with tens of thousands of nodes. Why shouldn't I just go ahead and use World Machine the way it was intended, and let it make the world for me?

So I experimented with bigger landscapes, procedurally generated. 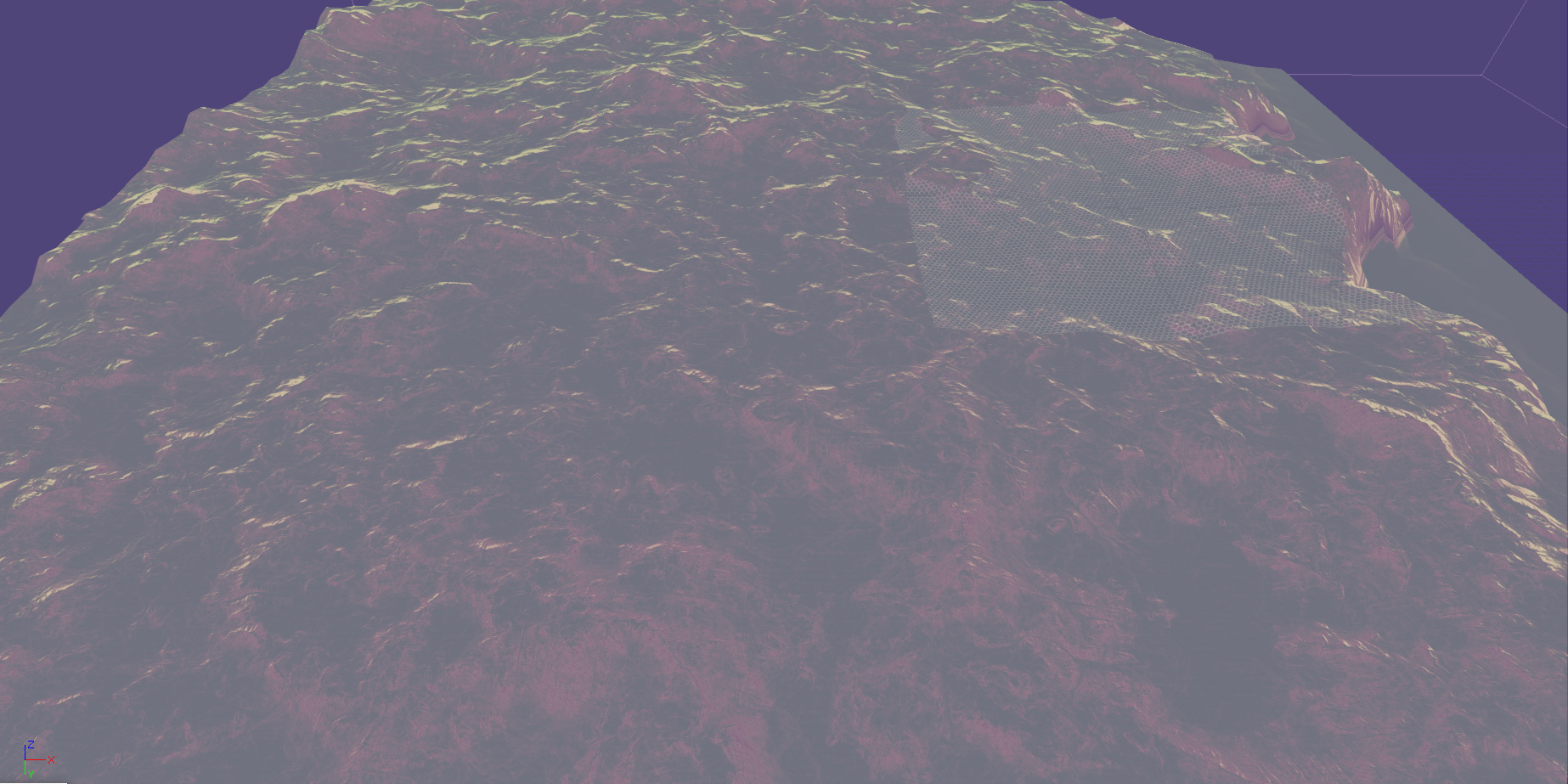 There are about 30,000 hexagon nodes shown on this particular landscape, in just that light-colored section. The scale ended up being much bigger than what we needed. If you take a look at that picture at full scale, and consider that each hexagon is the size of the hexagons you saw in the video, you'll realize how big that map is.

I spent about a week learning to use World Machine, and at the same time I tried learning some color theory and tried bringing together the palette of the game, starting off with studying the palettes of other games. 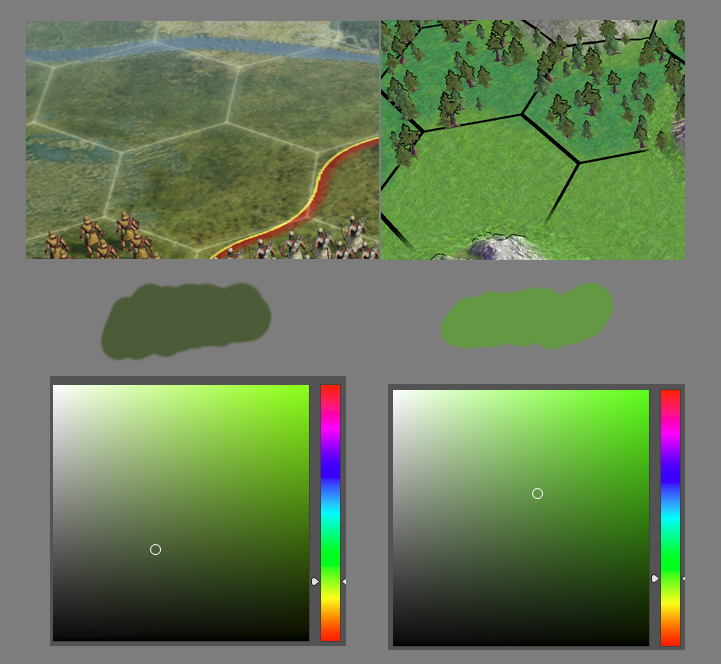 I realized that my colors were just a little too bright, too saturated, and too solid. To get the look I wanted, I would have to do shift the colors down and to the left on the color chart.

After a week or two learning to use World Machine, I added its output to the new colors I had picked for Himeko Sutori, and merged all that with this shader I built to simulate changing light:

When I put all of that together, I ended up with a world map that looked a lot like this:

And with all of that in place, it was time to set up the level to be used as a game map: 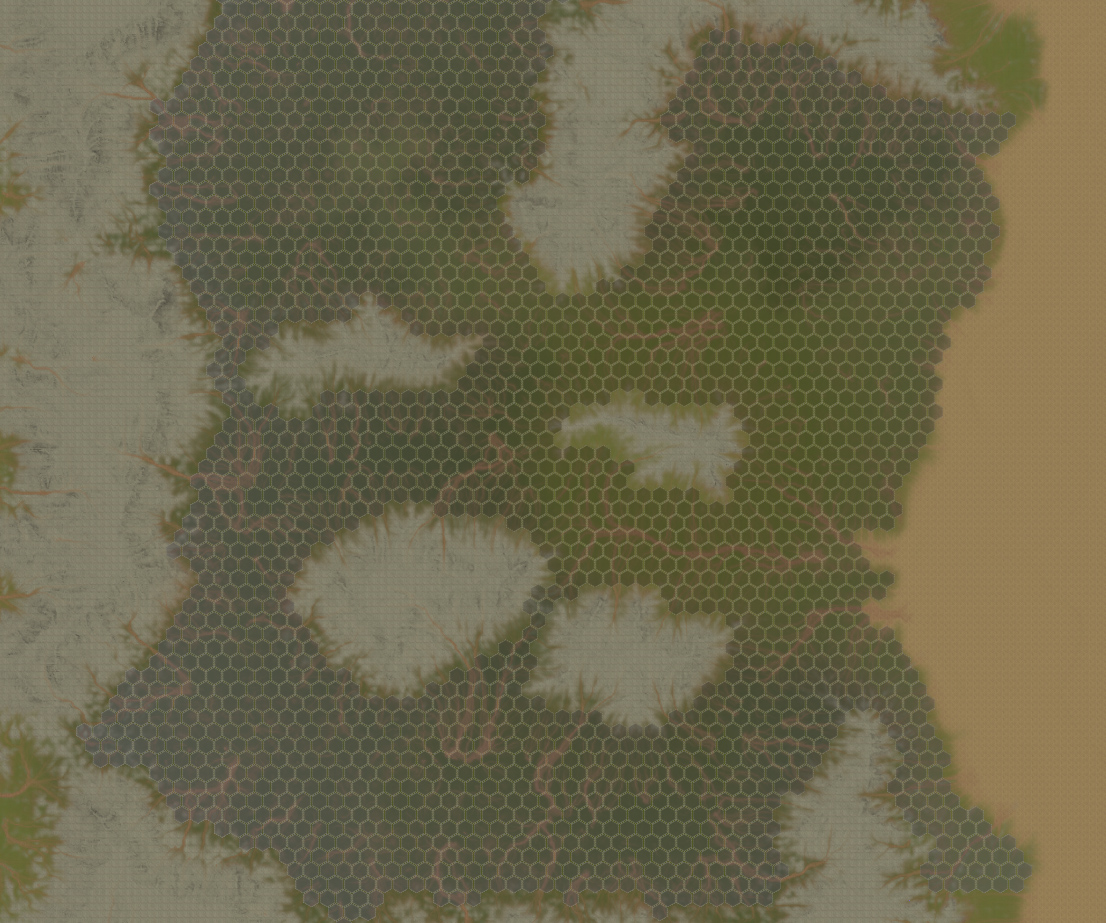 Then foliage and a water mesh, and we have a world map level for the game.

With this huge update, we are practically feature-complete. We have a few major bugs to work out, a bunch of smaller bugs, and only a few more smaller gameplay systems to include. We're hoping to ship an alpha test with a scaled-down campaign in a couple of months. And we will gladly let you know when that happens.