We discuss the new spells, items and quests in Legends of Strife.

We've been adding content to Strife for the last few months, among doing improvements to the structure and foundation of Strife systems (which I won't go into since it's not my area). There is more than what we put in this post, things like junk items and quests that can surprise you when you play the game.

We made a montage of some of the abilities in game so far, including new and old.

We started by adding spells for the warrior and assassin classes. The warrior now has Charge, A strait line dash that stuns the enemy for 2 seconds, and Freedom, an instant cast spell that removes all slowing effects on the player and, if below 50% health all stuns as well. 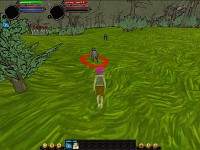 The assassin received it's iconic Stealth, which is based off the player's intelligence stat, and Unhindered(names might change), which blocks up to 2 stuns targeted on the player for 4 seconds after it's activated.

We also gave some NPC's abilities: the forest boar now has Retreat And Charge, an easy attack to dodge that will 1-hit-KO a low level player. The antles have Venom Spit, a projectile attack that poisons the player and deals damage over time.

We made a fruit vendor named Mariette and gave her some juicy fruit to sell. The local innkeeper, Lukus, also has some expensive beer to sell you, among other items to fill up your bars. 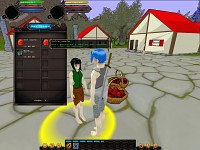 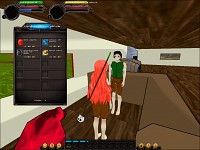 We added a number of quest, including one with the reward of the Summerwind Sigil. Most were part of a large Quest chain that will be better explained if you play it.